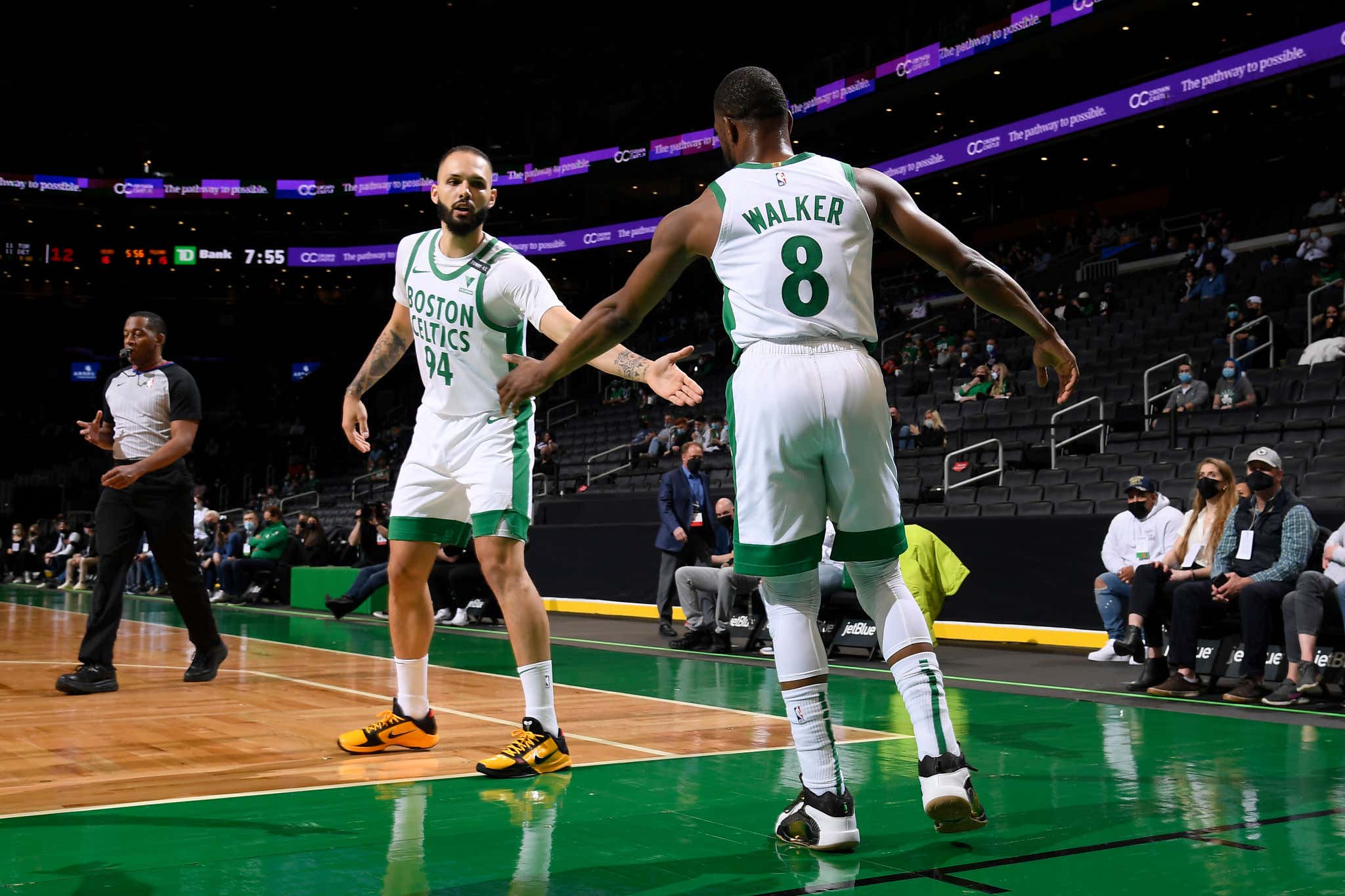 Alright, huge game on the docket tonight for our beloved Cs. Here's a quick snapshot of how things stand right this second

Pretty much everything is technically still in play from the 4 seed to the play in. Every game is basically a must win situation. You cannot rely on teams ahead of you to lose. You have to take care of your own shit first. The Hawks position is actually worse for the Celts than it seems since they own the tie breaker, so you need to beat them out overall in terms of record. A split with the Heat gives you the tie breaker over them. If it even matters, that last game of the year with the Knicks would determine the tie breaker for them as well. Basically, this is a gigantic final 10 days of the regular season no matter how you slice it.

So I started to think of what I would love to see from this team (outside of wins obviously) over these final 6 games as well as once the playoffs roll around. Some of it depends on this team having all their normal active bodies, but it sounds like we are getting closer and closer to that as the days go by.

Did you know that since Evan Fournier joined this team that we have seen a total of zero (0) minutes with those five on the floor together? I found that pretty interesting and here's why I want to see it. This doesn't have to be the starting group or anything like that, I just want to see stretches where all five share the floor together.

It's becoming clear that as Fournier gets back to normal post covid that he really thrives playing with the starters. As we know, this team can find itself in some offensive lulls from time to time. When you look at the lineup stats you see that when Fournier plays with Smart/Jaylen/Tatum/Rob, that unit has a 123 rating. Pretty good. Well now look at how well Fournier/Kemba are performing when they share the floor together.

In 95 minutes sharing the floor together, Kemba/Fournier have a 120 Ortg and 89 Drtg. I concede that you are giving up a little bit in terms of perimeter defense, but I just want to see what it looks like having the 5 best offensive players on the court at one time. Getting those 5 reps together over these final handful of games can only help them feel more comfortable once the playoffs roll around, and who knows maybe you find something offensively with that group. They certainly are harder to guard with 4 legit shooters surrounding Rob who is a fantastic passing big man.

2. Kemba as a spot up shooter

Kemba looks healthy, he's getting great lift on his jumper, and the results are speaking for themselves. Over the last month, we're seeing Kemba shoot 38% from three. That's not just from high screen pull up threes either. In Catch & Shoot situations, Kemba is also shooting 38.2% over the last month. If you look at his shooting since the deadline on what the NBA considers "wide open" looks, Kemba is shooting 40.5% from three.

Not only has he deserved it, but since he started getting regular rotation minutes on April 23rd, the numbers are staggering. Just see for yourself

Small sample? Of course, but look at those numbers. That is why I want to see more of it over these final 6 games. Pretty much everything is up across the board when Nesmith is on the floor. His hustle and energy are making a real impact. This is not to say that this will immediately translate to the playoffs as a rookie, but we aren't at that stage yet. We're still in a dogfight to even get there, so there's no reason why Nesmith shouldn't continue to get 20-25 minutes a night at a minimum.

4. Only using Grant in emergencies

Look, I am not someone who has given up on Grant. But, things have not been great and we are out of games where we can see Brad fuck around. These last few weeks, the Celts have a -9.5 net rating when Grant's on the floor. They turn it over a bunch, he fouls, the offense gets way worse (91.6 rating) as does their TS%.

Now I do think he can help you in certain spots or situations, but for right now it's only a break glass in case of an emergency situation for me. That or a blowout. I just don't think we can trust what version of Grant we're going to get right now. It's not a surprise that when we see this team play well it comes when Brad shortens his rotations. That has to happen over these final 6 games

I cannot lie, I love watching this version of Payton Pritchard play. Those rookie wall struggles are a thing of the past as he's plowed through that wall these last 11 games. How about 12.7/3.2/1.6 on 50/48/95 in his 22 minutes a night. Monster.

The thing is, it's not just his 3pt shooting (which is back to being lights out). You watch him play and he's being way more aggressive in terms of getting into the paint and finishing around the rim. Over these last 11 games we're seeing Pritchard take more shots from the restricted area per game than we have all year. He has 15 FGA from that zone and 11 FGA from the paint (non RA).

We're also seeing Pritchard drive the ball with more purpose. He's putting up 4.9 drives on 52.4% shooting over this stretch. Less and less are we seeing him drive hard to the paint only to pick up his dribble and pivot for what seems like forever, only to then pass the ball back out 35 feet. This is the version of Pritchard this team, and especially the second unit need.

Because of this team's inconsistency and underachievement basically all year, they are in this spot with 6 games to go. They are down to their final lifeline, and I think if we continue to see more of what's outlined here, things can work out in their favor. At least, we can hope.