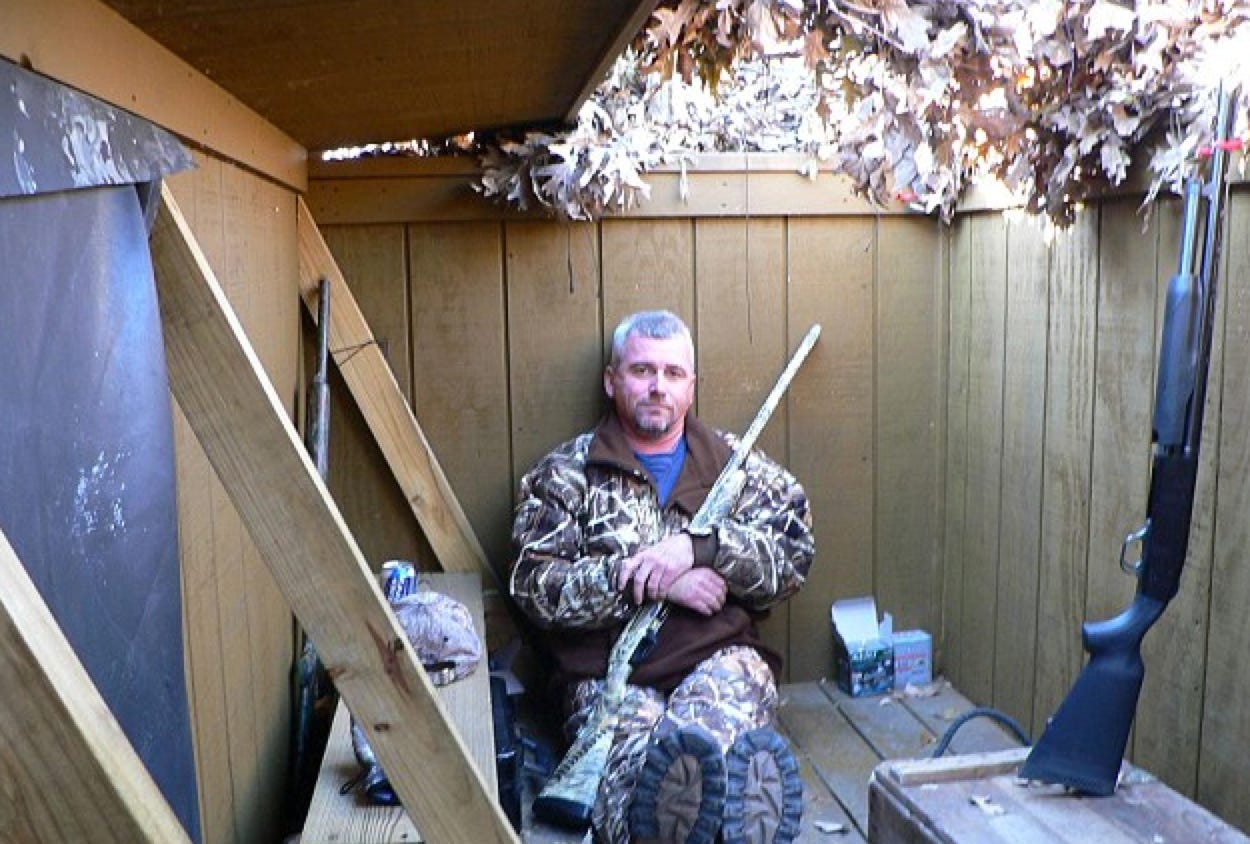 Daily Mail- A father has been arrested after shooting down an $1,800 drone that was reportedly hovering over his two sunbathing daughters. William H. Merideth, 47, from Kentucky was charged with first-degree criminal mischief and first-degree wanton endangerment. The owner of the drone claims he was only trying to take pictures of a friend’s house when Merideth shot at the device, sending it crashing into a field near his yard last weekend. Sunday afternoon, the kids – my girls – were out on the back deck, and the neighbors were out in their yard,” Merideth told WDRD. ‘And they come in and said, “Dad, there’s a drone out here, flying over everybody’s yard.”  ‘I went and got my shotgun and I said, “I’m not going to do anything unless it’s directly over my property,”‘ he added. Mr Merideth said: ‘Within a minute or so, here it came. It was hovering over top of my property, and I shot it out of the sky. I didn’t shoot across the road, I didn’t shoot across my neighbor’s fences, I shot directly into the air.’

Well I’m officially at a crossroads regarding this story.  I completely understand both sides.  The only thing I don’t understand is why the guy got arrested but that’s because I don’t understand laws and rules and regulations.  On the one hand, I understand a young group of males wanting to see girls sun bathing.  That’s a given.  It’s the best.  They’re in their bikinis, laid out and they look great.  We’ve all done it.  And in 2015 the kids these days have a device called a drone at their disposal.  Back when you wanted to stare at a girl outside tanning you ran the risk of her seeing your face and her being disgusted/calling the cops.  Now?  Just fly that little thing with propellers over where she’s at and she’ll never know it was you.  It’s like sending unmanned robots into war. We’re saving human lives by sending a drone to creep creep creep on a girl in her swimsuit.  On the other hand, I totally understand why this Dad would sprint out of his house and Omar Little the shit outta that drone.  Blasted it right outta the sky.  Because having daughter has to be the worst thing in the world (Sorry KFC. It’s gonna be fine) and he gets to do whatever he wants to protect them while they’re at his house.  That should be a law.  Let him at least have that.  Let him shoot drones outta the sky for a couple more years before they head off to college.  Because you know that he knows when his daughters go off to college one day, it’s over.

This was my favorite line from the article

‘I had my Glock on me and they started toward me and I told them, “If you cross my sidewalk, there’s gonna be another shooting,”‘ Mr. Merideth told the station.