However if you've been paying attention, Colombia does't seem like the most safe nor peaceful place to be at the moment.

Come to think of it this same thing happened when PFT and I went to Hong Kong.

We dropped the video, everyone was like, "this places looks like so much fun! I need to go there!" and then Hong Kong immediately broke out into violent protests, followed by Covid, and still to this day foreign tourists aren't allowed in the country.

Now I don't claim to be an expert in South American politics but I feel like as someone who's been a cheerleader for the country, I should try to explain the current situation down there.

The protests first broke out in opposition of a tax reform proposed by the government:

(BBC) The proposal would have lowered the threshold at which salaries are taxed, affecting anyone with a monthly income of 2.6m pesos ($684; £493) or more. It would also have eliminated many of the current exemptions enjoyed by individuals, as well as increasing taxes imposed on businesses.

The issues definitely go deeper than just tax reform though. I received this DM yesterday. 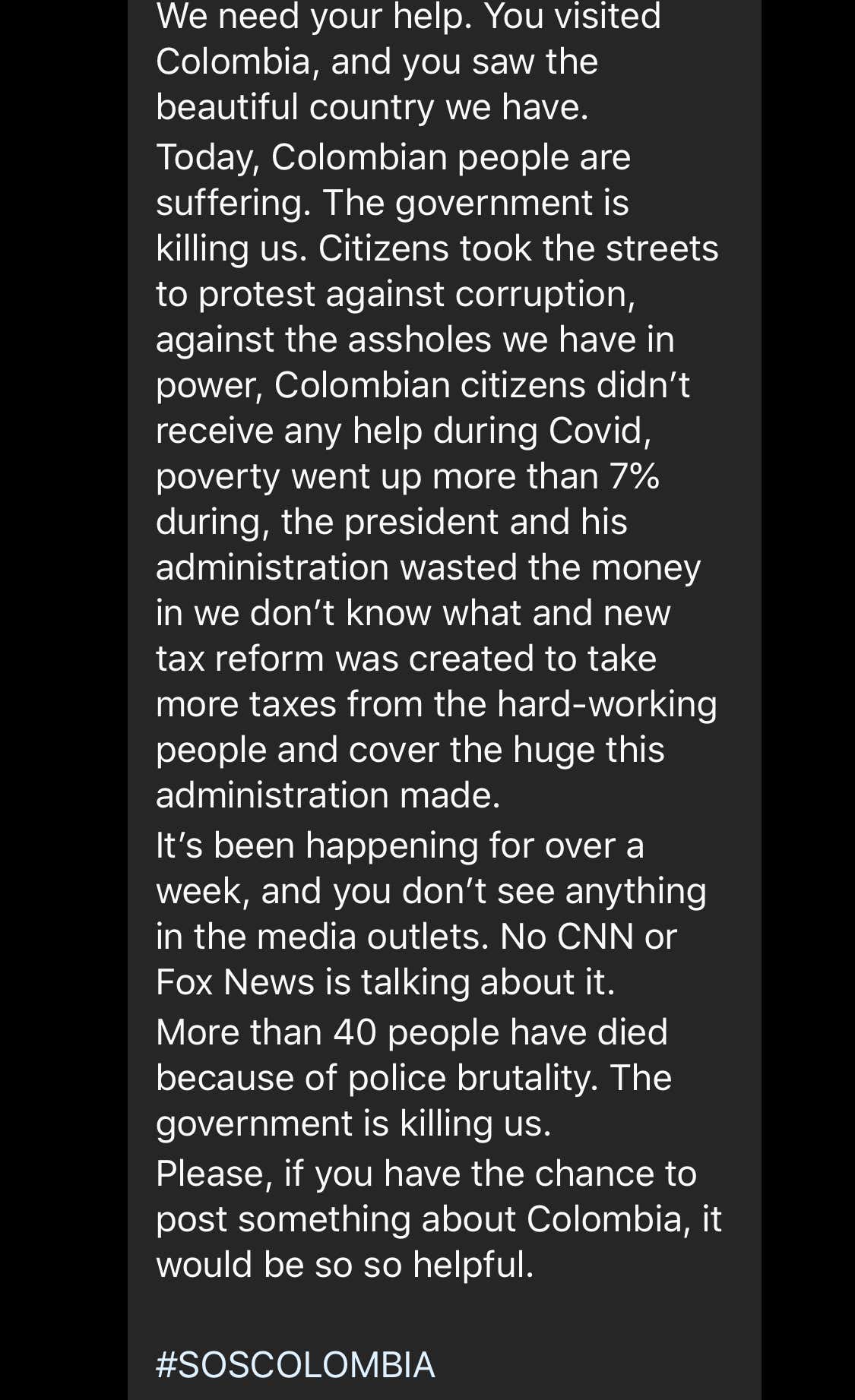 I was in Colombia in between two pretty severe covid lockdowns that were stricter than anything we experienced in the US. You were only allowed to have food delivered to your house or apartment and cars could only be on the streets if the driver could prove he had a serious obligation such as needing to catch a flight or go to the hospital. These measures have been blamed for causing mass unemployment and throwing four million people into poverty. So the country was already a powder keg of unhappy people and when the government lit a spark by proposing higher taxes for the working class, it exploded. 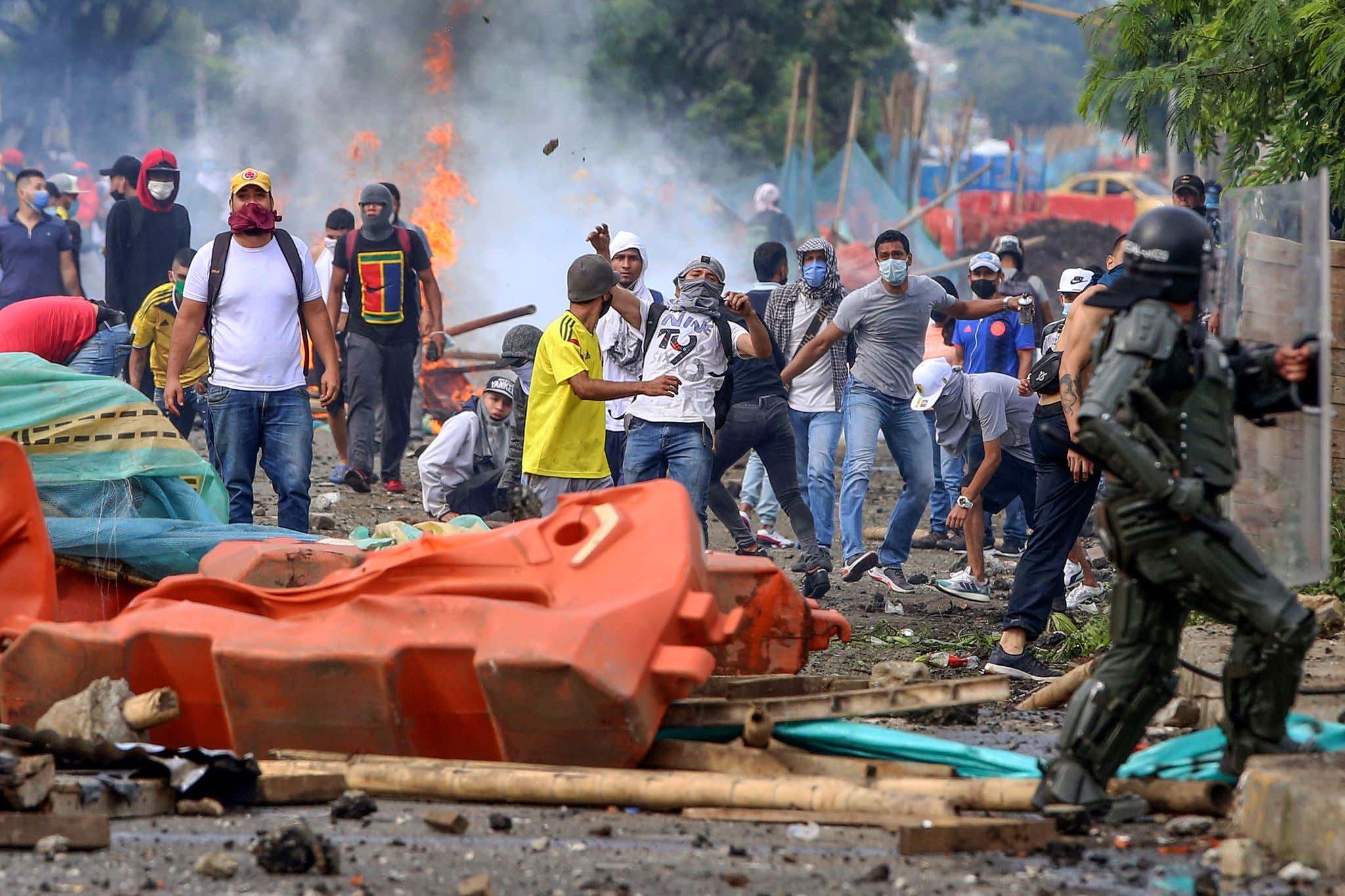 (BBC) At least 24 people, including a police officer, have died since the protests started. The UN has urged the security forces to refrain from using firearms.

The police were believed to be responsible for at least 11 of those deaths, Colombia's ombudsman said. More than 800 people have been injured in clashes between the police and demonstrators while more than 80 others are reported as missing.

Their president has since rescinded his proposed tax reform but that hasn't slowed down the protests. In fact, crowds have begun to grow as citizens are outraged by the government's violent response. Meanwhile, the government is blaming paramilitary groups and criminal organizations for the escalation of violence. In parts of the country trucks are now blocking major highways while buses and police stations are being burned. It's a sad situation that doesn't show signs of slowing down. I'm obviously not here to propose any solutions but hopefully you now at least have a better idea of what's going on. My heart goes out to the Colombian people. #SOSCOLOMBIA