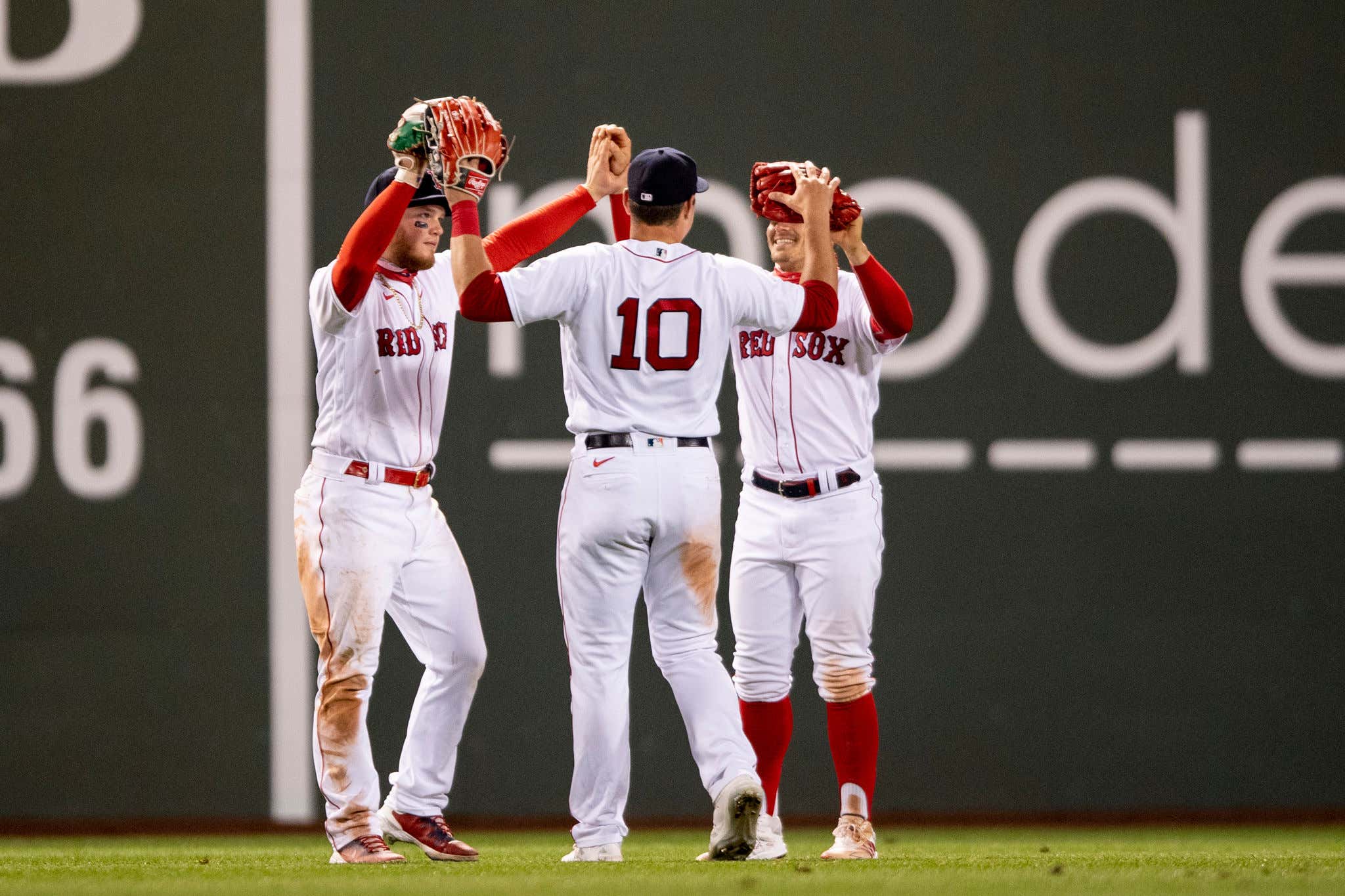 Well, I can honestly say that wasn't the most aesthetically pleasing baseball game I've ever watched, but the win column does not discriminate.

Let me just say this about the Detroit Tigers -- they stink. Not a good baseball team. It's not because they lost tonight or just got swept by the Yankees. I'm speaking objectively here. We're in the first week of May, and they already have a -66 run differential, which is more than twice as bad as the next worse team (-28). They are impossibly bad. Then again, it's baseball and the worst team in the league can beat the best team in the league on any given night. In this particular matchup, the Tigers are the actual worst team in baseball and the Red Sox were tied for the most wins in baseball until 45 seconds ago when the A's beat the Blue Jays. On paper, the Tigers have no business winning a single game in this series.

And for most of it, it looked like they had no chance to win this ballgame. The score was 8-2 after the third, and even with a big lead, Nick Pivetta did what Nick Pivetta does and that's give you five or six innings while holding his opponent to two earned runs or fewer. He's done that in all but one start this year entering this series. On Tuesday night, he went five frames and allowed three earned runs, whiffed a season-high eight batters and walked a pair.

The final score doesn't really tell the whole story of this one. When you've got a big lead, you can go to your shitty bullpen arms and hope that they don't blow the game. Enter: Austin Brice, who I would imagine isn't going to be on this team much longer. Brice gave up four earned in a third of an inning, which forced Alex Cora's hand to use his good relievers. That's where Matt Andriese, Adam Ottavino, Darwinzon Hernandez, and the AL Reliever of the Month Matt Barnes came into play. They allowed just one hit between them and zero runs. Thanks for comin' out.

Offensively, this game was a non-issue. The Red Sox did what they were supposed to do, and that's beat up on the Tigers pitching. Hunter Renfroe was the star in this one, launching the 100th homer of his career in a three-hit night. Every Red Sox outfielder went deep with Renfroe putting one over the Monster in the fifth, Alex Verdugo dropping one into the Monster seats in the second, Kiké Hernandez homering in an insurance run in the eighth, and Xander Bogaerts hammering his sixth bomb of the year back in the second. Balls were flying everywhere.

We're conditioned to expect massive offensive outbursts on a regular basis from this Red Sox lineup, but after beating the White Sox 11-4 on Marathon Monday, the offense had been on a bit of a dry spell. In the 12 games leading up to Tuesday night's 11-run showing, the Red Sox had been averaging 3.5 runs per game, which ranked 26th out of 30 major league teams. The upcoming schedule should wake those bats up a little bit with two more against Detroit followed by a four-gamer in Baltimore where baseballs fly at a rapid pace.

Even after scoring 11 runs and getting a win, you have to believe that Alex Cora is not happy with his squad after a three-error night. Cora has been preaching needing to play better defense if the Red Sox are going to avoid being the team they were a year ago, so they're gonna have to clean that shit up real quick.

In the middle game, we'll get to see former 1-1 draft pick Casey Mize versus Martin Perez. Mize has an ERA around five this year, mostly inflated by a couple clunkers against the Royals and A's. He's had a couple good ones in there too going seven shutout innings against the Astros and tossed six innings of three-run ball against the White Sox his last time out. Perez showed some signs of improvement in his most recent start against the Rangers, allowing one run in five and a third with a season-high seven strikeouts.