What a moment in Madrid. Tennis player Benoit Paire had lost 16 of his last 18 matches heading into today. He was showing up in the first round of every tournament and just begging to lose so he could head to the beach. Those are basically his own words. I documented his journey in these blogs here and here. Then he actually went to the beach last week (Maldives) for some well earned R&R.

He returned today for the Madrid Open and beat Nikoloz Basilashvili in straight sets. He was actually upset when he lost points. He was pumped up when he won them. He screamed to get the fans going when it mattered most. He previously described playing tennis during these covid conditions like playing in a "cemetery" and I don't blame him. Well today he had fans in the stands in Madrid and it was a zoo. They were going NUTS for him. There was a dude blasting a horn after every point he won. "Ben-oit" chants frequented the match. There were even guys in Benoit Paire shirts! 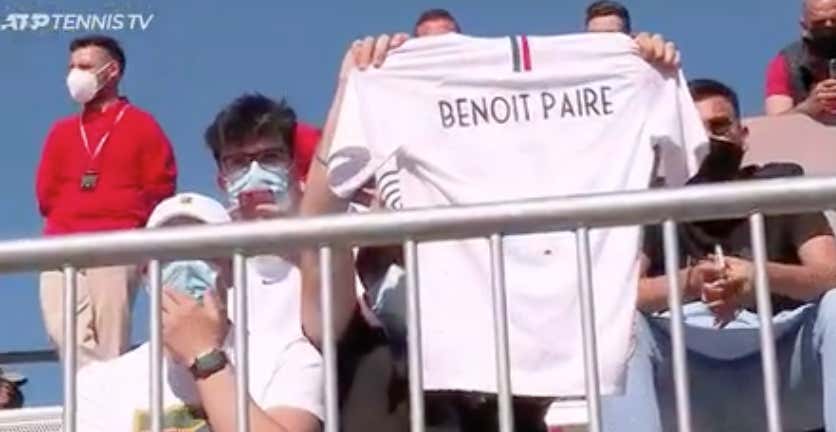 Entering the match +350, Paire was locked in from the start and broke Niko in his first service game. He broke at 5-4 to win the first set. To begin the second he fell behind, but used the power of the crowd to will him back to victory. Good to see the guy enjoying tennis again.

Paire is typically a man who does not care about anyone's opinion. He's made enough money to put himself that position and he can do as he pleases. Dominic Thiem called him out earlier this week saying he should just go home if he's not going to care. This was Paire's response.

And today he is a victor. Who knows what tomorrow holds, but today is Benoit's day. Love this guy.