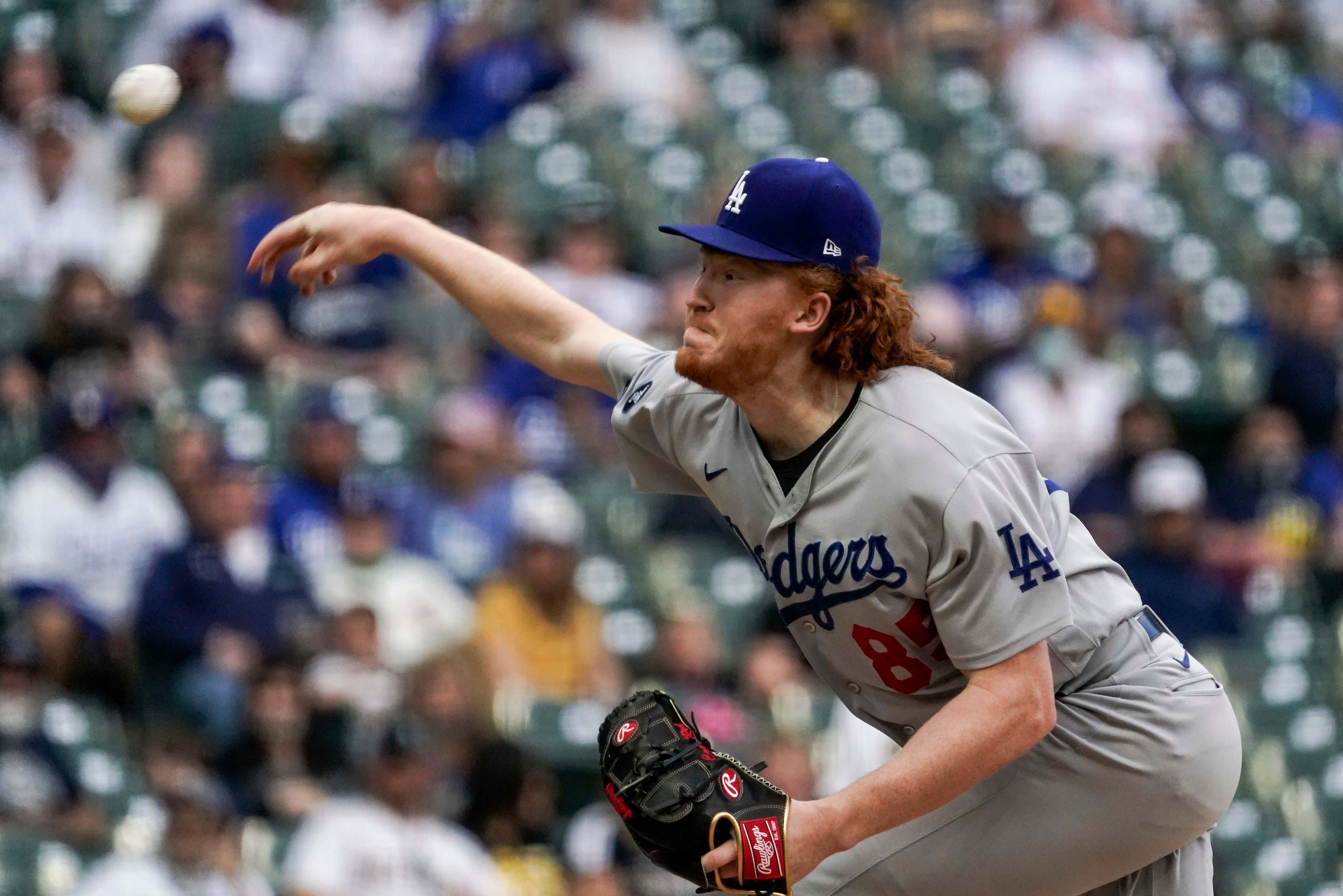 Bruuuuuuuuuutal loss for the Dodgers as one of the top arms in their system Dustin May tears his UCL and is headed for TJ surgery. Had a bad feeling after he left the game the other day following this pitch.

The right hander is one of the most exciting young pitchers in the game. You watch this dude throw a baseball and it seems fake. Motherfucker has a 98 mph two seamer that moves across the entire plate. His four seamer gets up to 101 and his breaking ball falls off the face of the Earth. No clue how you hit this lunatic.

May started the year seemingly putting it all together with a 2.74 ERA over 23 innings, striking out an absurd 35 in the process. This is yet another injury blow to a Dodgers team that cannot avoid carnage at the moment. May joins Cody Bellinger, David Price, Zach McKinstry, Tony Gonsolin, Joe Kelly, and Brusdar Graterol on the Dodgers' I.L. list and it's only May 3rd.

Now is anyone going to feel bad for the defending champion Dodgers? Of course not. Is Aiden Gonzalez exaggerating a bit when he says the Dodgers don't have enough starting pitching? Any team that still has Kershaw, Buehler, and Trevor Bauer has plenty of pitching. I don't care if Carrabis and Mush are your back end guys, when you start those 3 horses you'll survive. The NL West did just get more interesting that's for sure. I'm mostly just bummed for Dustin May who was so fucking fun to watch pitch. Probably don't see him until mid-late 2022.