So Glenny just wrote this blog and I feel terrible because nobody is happy when Balls in unhappy. Not only that, but I consider Rangers fans my brothers and sisters in sports fandom. We share a building, a city, and hatred for the same man whenever he starts to dick around with our team, like he reportedly did with these firings.

I can't even tell you how many Rangers fans told me how thrilled they were that Dolan either didn't care about their team or flat out forgot he owned them over the years while he meddled the Knicks into the pits of basketball hell with the most punchable face known to man. I was truly happy to take the shrapnel for them as someone who will throw around an #LGR during the playoffs. Okay, that's not true. I was miserable taking the shrapnel. But it's something all Knicks fans did and now it looks like Rangers fans may have to do, at least until Dolan festers up the courage to come send one of his henchmen at Leon Rose.

Again, I feel as bad as someone can feel for a fanbase whose team apparently has a good, young core, has been to the playoffs recently, and even made a Stanley Cup while watching my fanbase deal with being maybe the biggest punchline in all of sports this century.

UPDATE: And another gift! 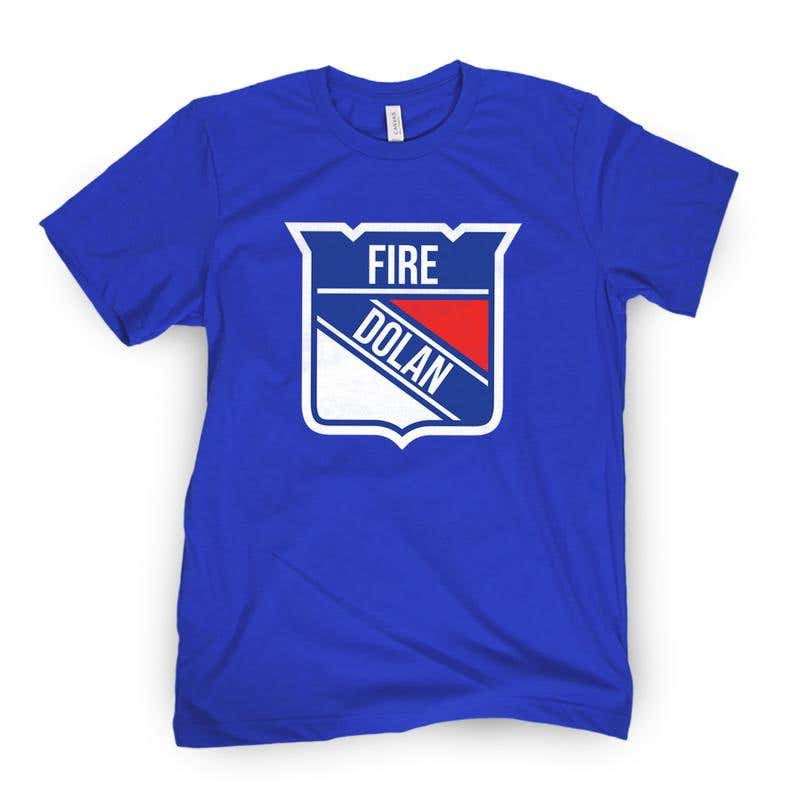 I see the Rangers have a home game tonight. It would be a reeeeeeal shame if we heard some Fire Dolan chants from the rafters. A real shame indeed (be fully prepared to get kicked out if you do that though. Don't say I didn't warn you). You know what? I shouldn't even be writing this blog with the Knicks cruising right before the playoffs. Rangers fans, just thank God you guys promoted Chris Drury to President and GM instead of giving Steve Mills one of those roles.