If decades of staring at magazines in supermarket checkout lines (do not mock me; if they expect you to cook the dinner they at least oughta let you shop for the groceries) has taught me anything, it's that even the seemingly most solid relationships have their breaking point. Actors. Musicians. Reality show stars. Politicians. Royals. And yes, even athletes.

From the outside looking in, the relationship between Aaron Rodgers and the Packers seemed like pure bliss for a while. A perfect marriage of future Hall of Famer and small market franchise. It looked like that was one of them that would defy the odds and last forever. A lifetime commitment of the sort you usually only find between two mated penguins.

And it withstood a lot. A lack of willingness to draft offensive skill players. Questionable coaching. A disappointing playoff history. A coaching change. The drafting of Jordan Love. Brett Favre.

But if Ian Rapoport is right - and we have no reason to doubt him - the one thing this marriage could not survive was the release of Jake Kumerow. Go figure. Apparently in 2019, Rodgers said something complimentary about his receiver and within days he was gone. The equivalent, if you want to stretch the metaphor, of the husband saying something nice about the cleaning lady and the wife summarily firing her.

If you're like me in any way, then your first reaction to this report was a combination of "That's interesting" and "Who the duck is Jake Kumerow?" (Note that I sometimes autocorrect my own profanities whenever appropriate.) To answer the question, this is him: 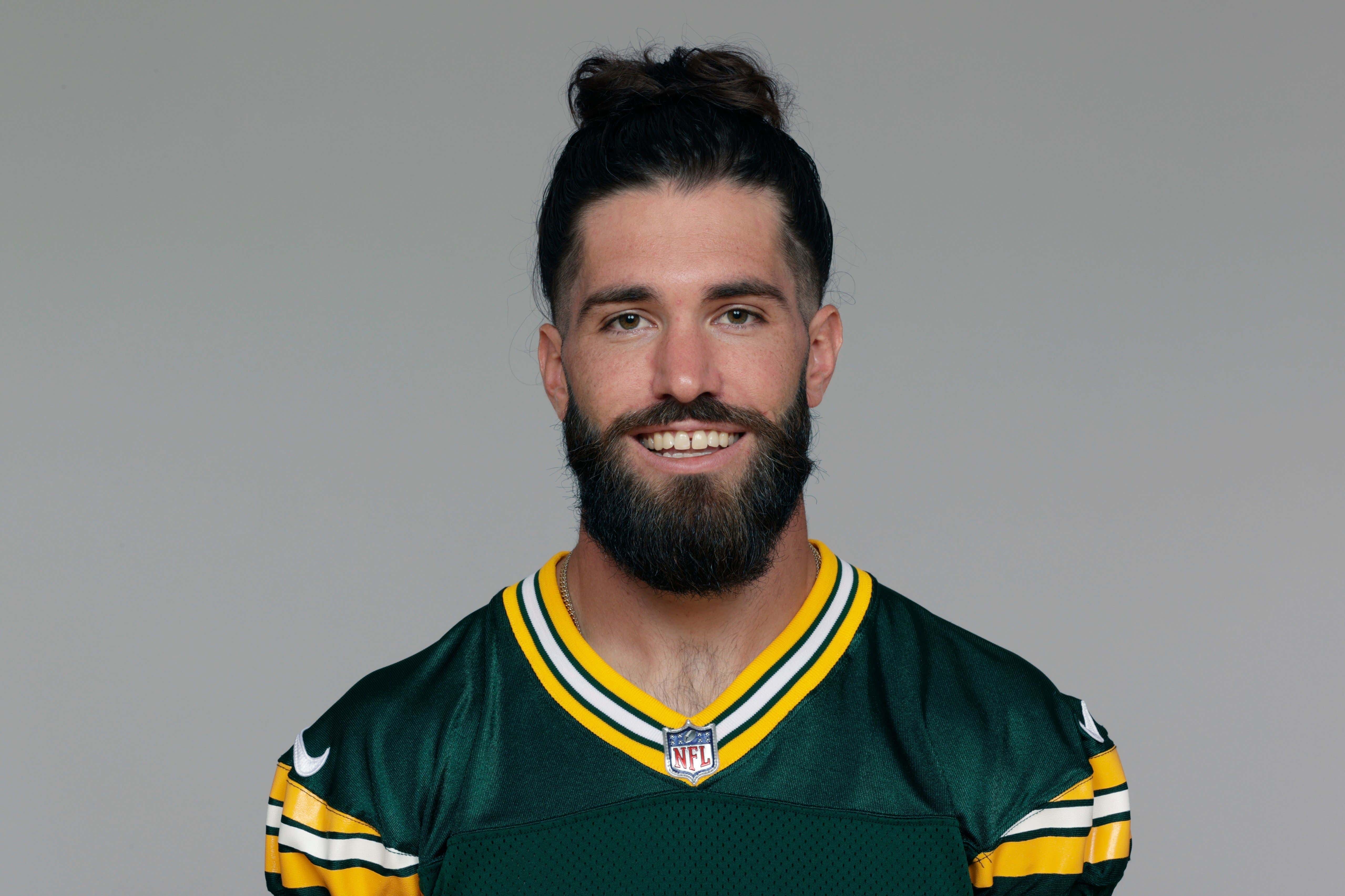 He's currently with Buffalo, where he caught one ball last year, a 22-yard touchdown pass. And this is his career stat line:

Teams: 5 (twice with the Bills)

I'm semi-embarrassed to say I didn't recognize him as a former Patriots player. Somehow I did not commit to memory his epic two-week stint on the Practice Squad from October 26-to-November 9, 2017. But I managed to find it in my heart to forgive me. Which apparently is more than ARod was willing to do when Green Bay took him away from his security blanket.

Like with any messy breakup, it would be wrong of those of us on the outside to sit in judgement of who's right and who's wrong. We don't know how to slice that blame pie. There's two sides to every story. Maybe the team did release the next great Packers WR out of spite. Or perhaps they didn't realize how much he meant to Rodgers and it was all just an innocent mistake. Or possibly the coaches didn't think he was worth a roster spot and was replaceable. All we can assume is that this seemingly minor personnel move was the final irreconcilable difference that split up one of the great relationships in the NFL in our lifetimes. What's even more certain is that, wherever Rodgers ends up, they'd be wise to let him make the roster moves, the way Tampa has with Tom Brady. Or, at the very least, call Buffalo to find out what it will take to land Jake Kumerow.