Goosebumps. A little showy at the end, but still, goosebumps. You could tell the guy who she was singing too had no idea what he was in for either. Look at this face... 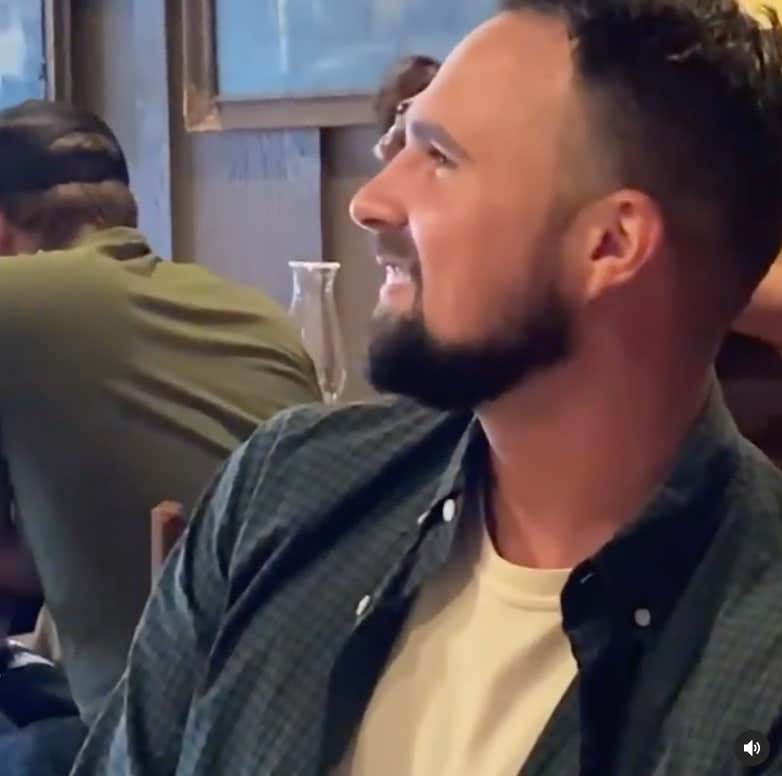 Which is great because I'm sure every single waiter in that restaurant knew what was going to happen. How could they not? If you're around someone that talented, it doesn't matter what job you have, you know. You know because that's the person who's going to get out. That's the person who's sitting on a winning lottery ticket just waiting to cash it in. Whether or not that happens with this woman has yet to be seen, but chances are she won't be working at Cracker Barrel much longer. At least that's what I hope. There's also a chance she works there for the rest of her life, NOT THAT THERE'S ANYTHING WRONG WITH THAT. Regardless, the whole thing reminds me of when that guy went viral for sining T-Pain in a kitchen full of women…

Nothing cooler than God-given talent. Hopefully that lady puts it to use.