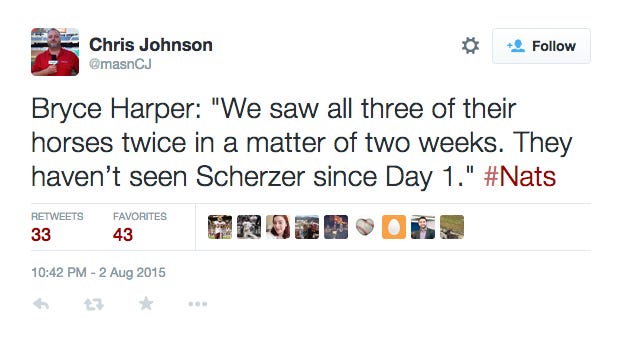 Uhhh, yea man. Thats what happens when you have Oodles, dude. You run into buzzsaws all the time. “We had to face their good pitching” isnt really an excuse. Its just the reason you lost. You only scored 5 runs this weekend because Harvey, deGrom and Sydnergaard are fucking incredible. This is when you tip your cap, not try to spin it into an excuse little boy. A) The Mets were smart enough to lineup their rotation for both these series coming out of the break, and B) Again, when you assemble the best pitching staff in baseball, this is the point. Its that any given night the guy taking the mound is capable of winning. Capable of out dueling anyone. For instance, Max Scherzer. The two times the Mets have faced him, they’ve out dueled him.

I would be too. I bet the entire rest of the league is frustrated every single time they look at the pitching probables and see another Cy Young capable pitcher coming at them. When worst case scenario is Big Sexy taking the bump, I’d be a little disgruntled too. I’d start grasping at straws looking for reasons to excuse the sweep and relinquishing first place on a team that was begging to have its back broken after that San Diego series.

Learn from you elders on these post game quotes, Bryce. Just tip your cap to the Mets and call them your Daddies. 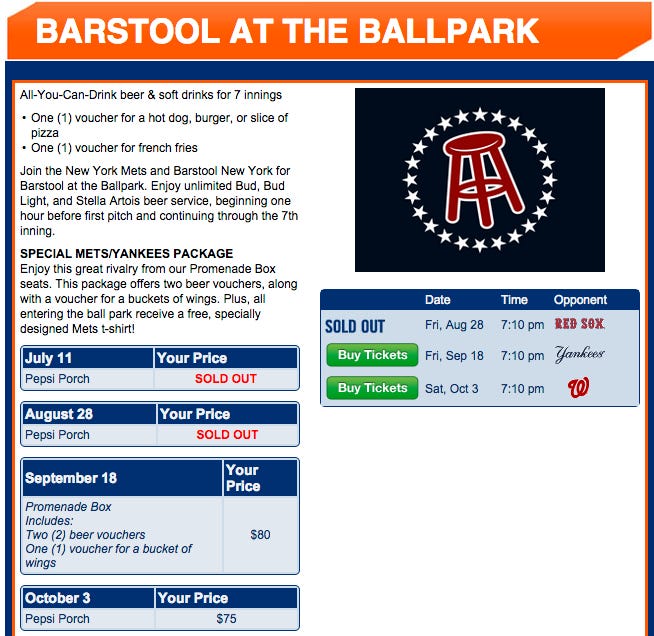