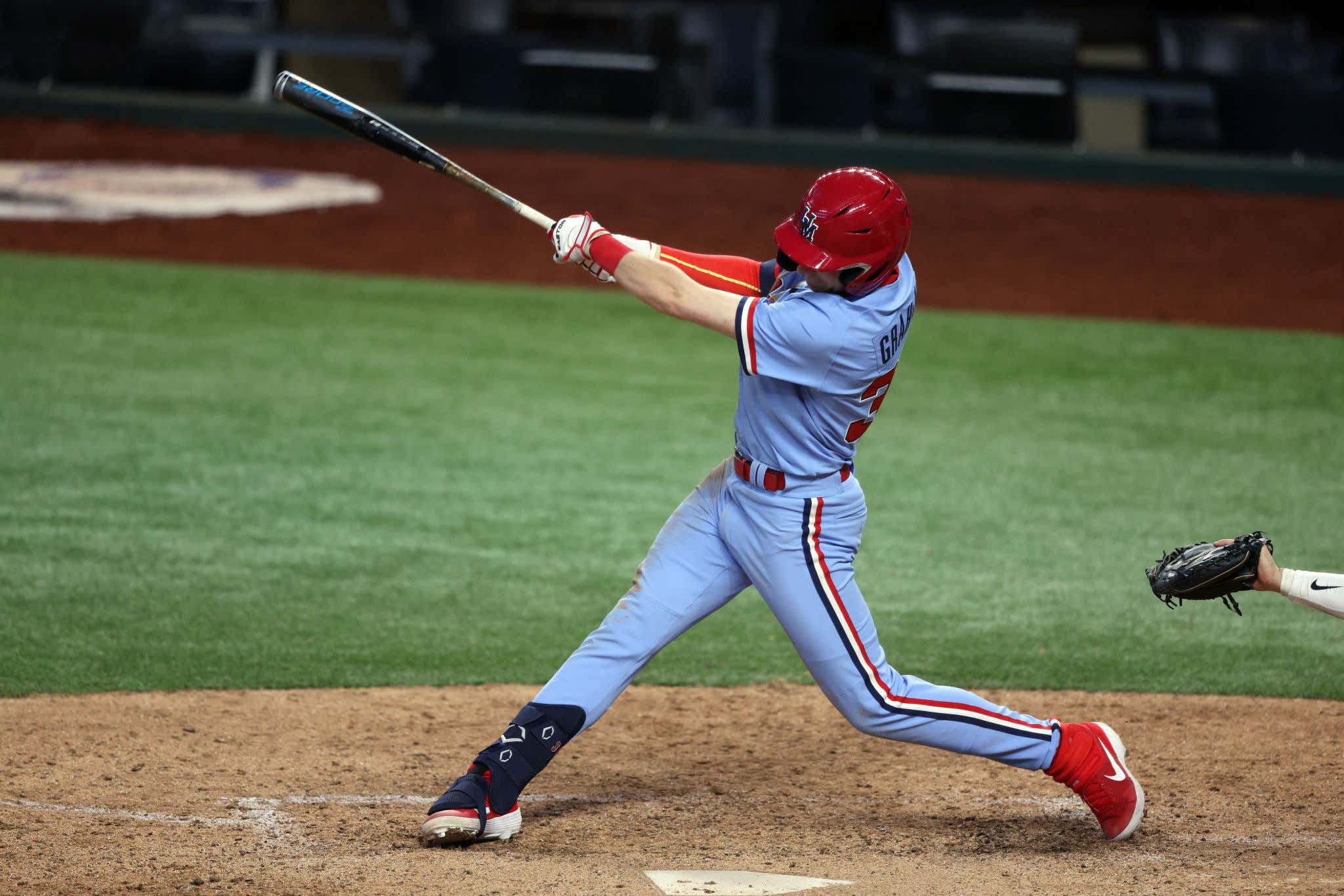 Just when it looked like Arkansas, Vanderbilt, Mississippi State and Tennessee had separated themselves and created a pretty clear top tier in the SEC, Ole Miss and Florida decided they were ready to be back in that conversation and secured massive series wins over the weekend. Also, does anyone plan on competing with Notre Dame in the ACC?

Here's everything that happened in college baseball last week.

Ole Miss had really fallen off after a great start to the season. The Rebels were 10-8 in SEC play coming into the weekend and a series loss to South Carolina would have been a pretty big blow.

But Ole Miss came out and took care of business at home, sweeping the Gamecocks to get back to 13-8 in league play and in the conversation to host a regional and possibly even threaten Arkansas and Mississippi State at the top of the SEC West. The Rebs outscored USC 18-8 over the three-game set to get the biggest wins of their season.

Florida Announces Its Return With a Series Win Over Vandy

In a situation very similar to the one Ole Miss found itself in, preseason No. 1 Florida found itself tied for third place in the SEC East coming into a weekend tilt with Vanderbilt. Not many expected UF to win the series, but a sweep at the hands of the Commodores would have been pretty devastating to a team which started the season with national championship aspirations.

Well, the Gators put all that to bed by taking two of three from Vandy to right their ship and put themselves right back in the conversation with the Commodores and Tennessee in the SEC East. Florida touched up Jack Leiter to the tune of 5 ER (7 R total) on Saturday to force a rubber game, which the Gators won to claim their biggest series win of the year.

Does Anybody Want to Compete With Notre Dame in the ACC?

If you hadn't been paying attention to college baseball at all this season and I told you to name who's at the top of the ACC standings, you'd probably guess eight teams before Notre Dame even popped into your head at all. But it's the Fighting Irish who improved to 21-8 in ACC play after a sweep of North Carolina and are running away with the league. The next-closest team is Louisville at 14-9.

ND has a scary offense that has scored at least eight runs 13 times this season. If the Irish have their pitching where they want it heading into the NCAA Tournament, don't be surprised to see the Golden Domers hosting a Super Regional and bidding for a trip to Omaha.

Player of the Week: The Entire Wright State Lineup

As I was scanning the action from across the country looking for this week's POTW, I came across this nugget. That's right, in four games, Wright State scored 9, 22, 28 and 29 runs in its sweep of Purdue Fort Wayne. The Raiders totaled 83 hits and 15 home runs in the four-game set.

Tyler Burnham threw the fifth no-hitter in Seton Hall history on Sunday when he shut down Georgetown with 14 strikeouts over nine innings. The Pirates' 12 conference wins are the most in the Big East and you can definitely put Burnham's name on the list of guys you do not want to face in the opening game of a Regional as a 1-seed.

Uniform of the Week: Kentucky

I quite obviously hate virtually everything about the University of Kentucky, but as big of a critic as I am of the Wildcats, I am an equally avid supporter of vest baseball jerseys. Too many clubs have let these go by the wayside. It's a fantastic look.

College Baseball Moment of the Week: UConn Pitcher Has the Worst Depth Perception of All-Time

It's much easier to laugh about something like this with an 8-0 lead, but that's a tough scene for that pitcher. Gets taken deep 400+ feet and tries to play it off like it's a routine pop-up behind second base. This actually wouldn't be the worst thing to do every time you get taken yard. If you point up, you can just say the wind got ahold of it.