I'm not gonna lie, an 82 Gold card for Blake Snell is straight up disrespectful. It's just wrong. He should be higher and thats a fact. I actually used this card for a few Diamond Dynasty games in The Show and I'm on Snell's side. Bump the man up a few points! Snell is big on twitch, probably the most interactive players on the platform outside of Derek Holland and Trevor May. He loves The Show and plays a decent amount. One of his best moments was being on Twitch streaming when he found out the Rays were trading Tommy Pham and Hunter Renfroe. He has no problem speaking his mind on issues while streaming. That is what makes this rant so good. 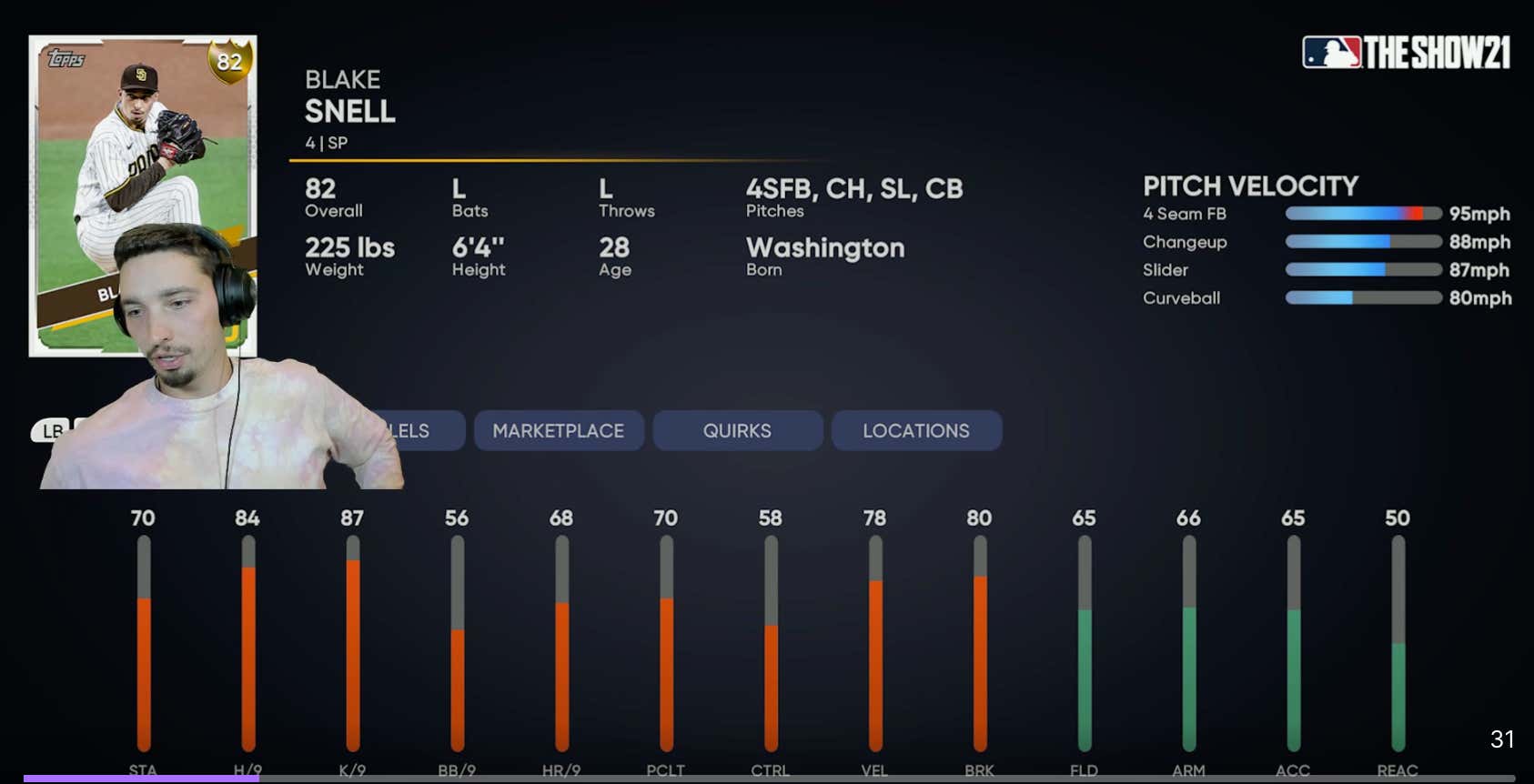 This isn't a bit either, he's legit pissed that his ranking is only an 82. The guy should be higher, way higher than an 82. Stamina at 70? Probably credit that to Kevin Cash. Hits/9 is kinda high, should probably be lower. K/9 should be higher if you ask me. 87 is good but Snell is filthy and has good strikeout numbers, way over 1 an inning, bump the man up! Control being at a 58 is probably he reason he's so low though, can't light his career high in BB/9 isn't a good look, but regardless he should be higher. Throw in the nasty delivery from the left side and you've got yourself a low diamond pitcher if you ask me. I think he'd agree.

The best part is someone telling him that 82 is way too high and his response is perfect.

“Someone said ‘ way too high’. I appreciate your opinion, but that’s a weak-ass opinion.”

Amazing. I love it. This is why you watch these guys play on Twitch, never know what gold you'll stumble upon. Now maybe after MLB The Show and San Diego Studios fix their servers they can work on Blake's rating. 85 or higher!