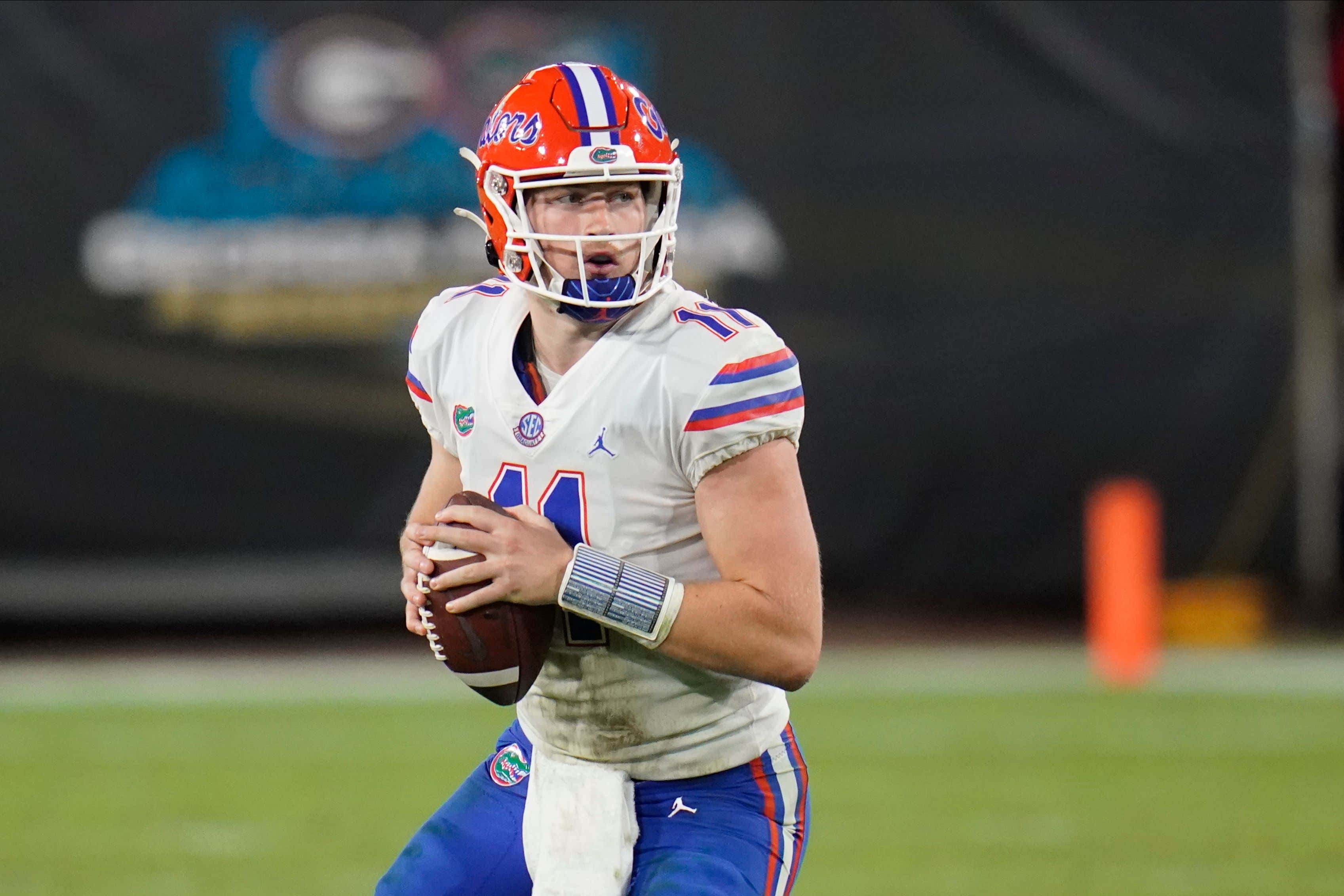 With the last pick of the second round the Buccaneers selected Florida QB Kyle Trask. It's really only a story because he'll be Tom Brady's new backup. Going into this season, the Bucs had just re-signed 3rd string QB Ryan Griffin, but had yet to officially bring back backup QB Blaine Gabbert back. Gabbert had recently been praised by the organization for his tools and ability to step in like he did in Detroit last year and make some plays.

Gabbert has been an Arians guy since spending 2017 with the Cardinals and followed him to the Buccaneers. He also came on the cheap as he's made under $2.2M in two seasons with the Buccaneers which is pennies for a 2nd string QB. But the Bucs choose to go with a youth movement at the backup Quarterback position. Is he the Bucs QB of the future? Maybe. It'll be nice to have a few years behind Tom Brady to soak up that knowledge and potentially take over as the starter when Brady retires.

As for Trask the prospect, he's a classic Bruce Arians Quarterback in the fact that he's 6'5" 240 lbs. and not very mobile (. He's got a good arm, but not a big arm. He's a two-year starter at Florida with 68 TDs to just 15 INTs in that time while completing 68% of his passes. The Bucs met with him several times and apparently BA loves the kid.

Hidden fun bonus, if we need a pooch punt, we got a guy.