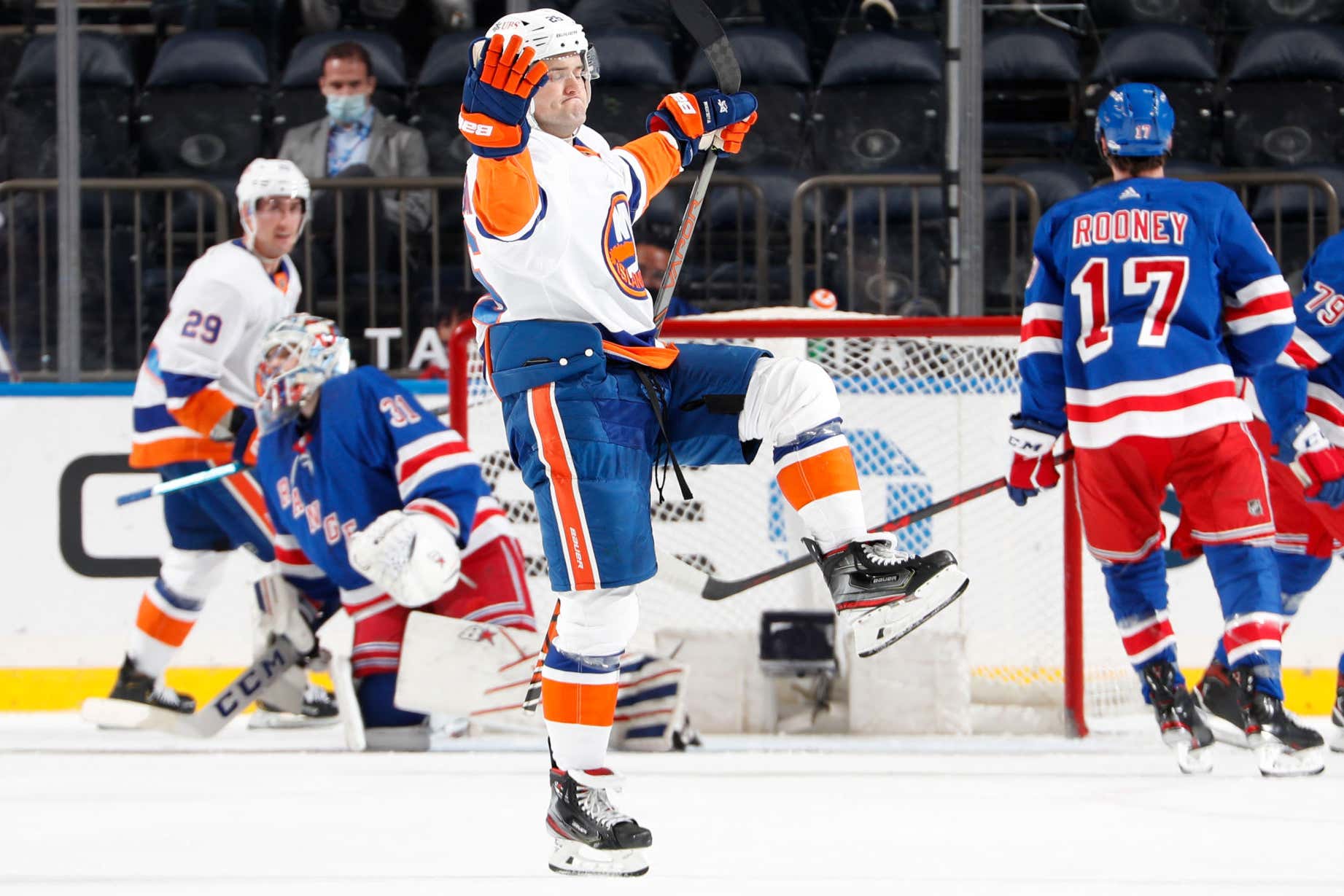 For as improbable as it was, the Rangers playoff dream was all but officially put to pasture last night after being absolutely manhandled in their own building by the rival Islanders. The final nail in their season's coffin was just another example of how much this young squad needs to grow to truly contend with the big boys. It was an entertaining last 7 weeks though. Ever since Panarin came back in mid-March the baby Blueshirts were buzzing - 3rd most points in the league, 2nd in goals per game & power play, 6th fewest goals against. The Breadman, Zib & Fox were all top-five in scoring with Strome 11th & Buch 21st while Shesterkin's easily been a top-10 goalie. It's impressive as hell they were able to keep hope alive for as long as they did.

But it's over now.

It shouldn't be a surprise though. The top of this division is fucking loaded. NY's 58 points would have them in playoff position in any other. They beat up on the bottom feeders just like the rest of the top guns did, but when it came to the teams they were chasing - particularly the Isles & Bruins who boast elite defensive systems - more times than not the matchups weren't even close. The Rangers are now 4-7-2 against them combined. They've been blanked 5 times on the year and all 5 were against either Boston or NYI. In the 9 losses, their 7th-highest scoring offense could only muster a mere 6 total goals.

Would I prefer the Rangers give more of a fight against much older, battle-tested, win-now opposition? Of course. This is all part of the process though. I mean they rolled out 10 skaters last night who were 23 or younger. The Bruins & Islanders have 6 combined. You're asking a lot from a bunch of kids to be able to succeed against experienced pros who play a heavy, suffocating style in unison - but this is the best way to learn. It's all fun & games racking up W's while showing off that youthful skill until you run into an opponent who takes all that room away without allowing a second to breathe. The inability to break through against that type of structure is what cost them a postseason invite. With what's expected to be a 'normal' offseason, camp & preseason ahead it's crucial for the Blueshirts to figure out how to simplify & adapt.

It's truly time to see more of the future now. Morgan Barron & Tarmo Reunanen skated at practice today and should draw into the lineup Saturday. Kravtsov should be seeing top-six minutes the rest of the way & Zac Jones will get a bump up from his ~12 min/night. Certainly not the end fans were hoping for but this is the time to assess the big picture. Among the youngest half of teams in the league only the Avs & Canes are in a better position than the Rangers. Chytil (11 points in 17), Kakko (9 in 14) & Lafreniere (4 in 4 since his top-line promotion) are all starting to do damage while the aforementioned kids will get more opportunity. Shesterkin is a stud, Miller is eating 21 a night, Fox is making Norris noise in his sophomore season AND they'll most likely be adding their best defensive prospect Nils Lundkvist to the fold next season.

It's never fun to wave the white flag but this Covid-shortened campaign was not a failure. It's a promising sign of great things to come. Anyone who knows anything knows that.