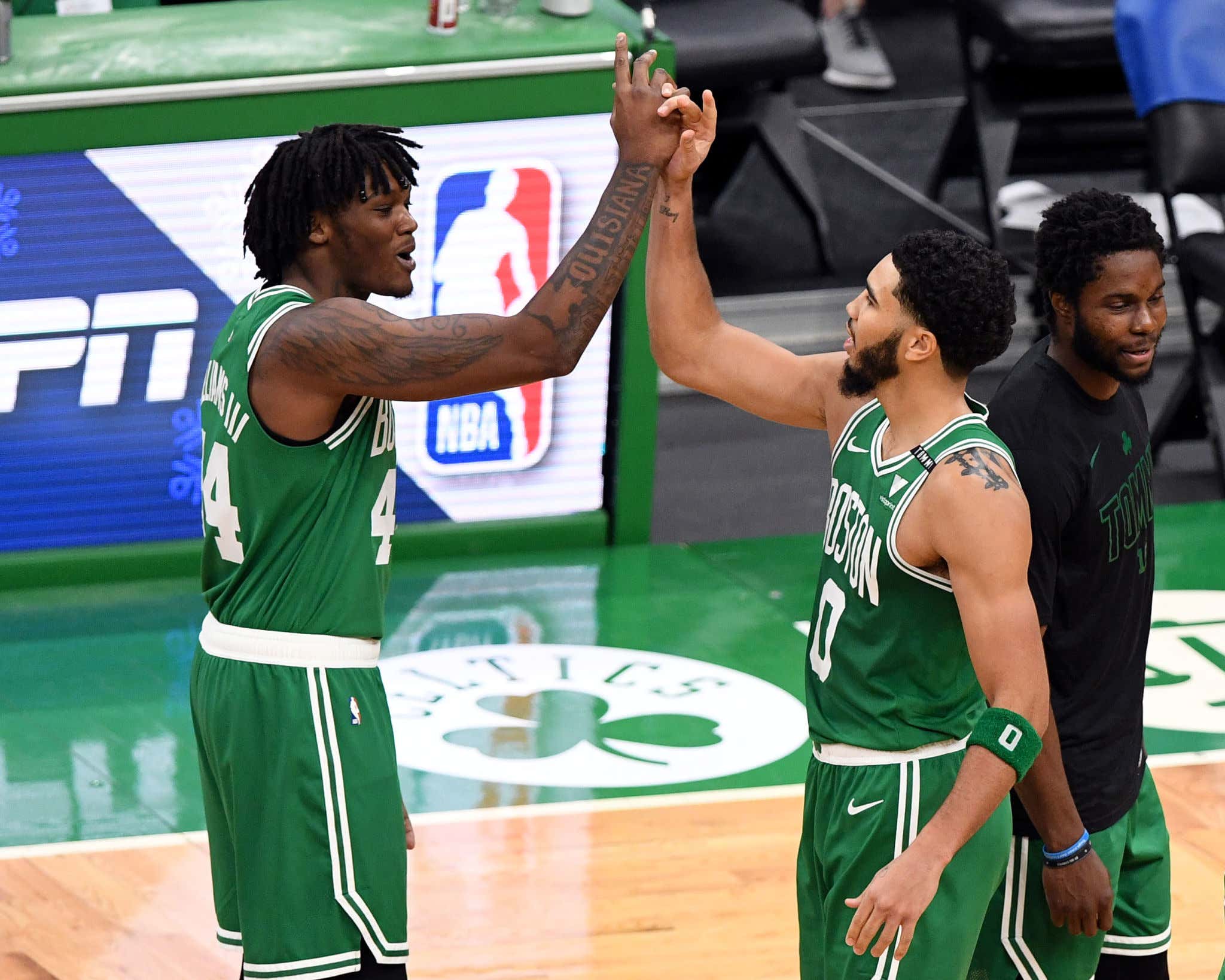 I can't exactly tell you why, but for some reason I woke up this morning and started thinking about Robert Williams' future and how big of an offseason this is for the Celts. This is what I spend my time thinking about. It's a sickness and a gift. For my money, it's the most important part of their offseason puzzle. Sure they need to address their bench and find players that can actually be part of an NBA rotation, but none of that is more important than their situation with Rob.

This summer Rob is eligible for a rookie extension. For a while, we never saw Ainge give out any rookie extensions. They preferred to let guys hit RFA. They tried in some cases like with Marcus Smart who turned it down and bet on himself, only to come back and sign a team friendly deal once the market dictated his price. We obviously just saw the rookie extensions for the Jays, but those were no brainers. It was actually a surprise that Jaylen took a discount. Rob is the next one up.

There's no doubt that barring something crazy, Rob is the starting center of the future. When your franchise player is saying shit like this

it's probably pretty important to keep that guy around. That and the fact that when Rob does play, he makes an immediate impact on both ends

Since the trade deadline when Rob was inserted into his starting role, both he and the team have flourished. It gives you hope for what might be in the future. His defense, the rebounding and rim protection, the passing, it's all a huge part of what makes this team go.

Which brings me back to this summer.

It's really hard to gauge what the hell Rob's market will even be if he ever hits the market. Centers are weird, especially ones that do not shoot threes. For example, Christian Wood is 25 and just got $14M a year. That's probably a little low for him knowing what we know now, but I don't think Rob's number is anywhere close to that. It makes me wonder if we see Rob take a team friendly deal that guarantees him a nice pay bump given his limited sample of actually playing, or if he decides to bet on himself and play a full year as a starter before hitting RFA. Here's a quick look at the unrestricted free agent market for centers next year

That's not all that great. When you look at the restricted market, there are guys you can assume aren't going anywhere and will either get extensions or their teams will match their offer sheet.

and a couple of wild cards

So let's say you're a team that strikes out with some of the bigger names in free agency, you have cash to spend, and you need a big man. If you're looking for a young big with potential who might be able to be had, Rob becomes pretty attractive. Here are the teams that are projected to have some legit cap space next summer that in my opinion could be in the big man market

Some on that list are not what I would call hot free agent destinations and the timeline of those teams does fit Rob's age. Remember, once you get to RFA, all it takes is one team to make you a big time offer.

With Rob, I wonder if his injury history will impact how he handles his options. If the Celts make it clear that he is their starting center moving forward and they offer him a respectable but team friendly extension, I am praying he takes it. Maybe a 2+1 deal or something along those lines so he can still hit free agency in his prime if things turn out well. Normally I would think a player with his skillset and opportunity would bet on himself, but if he gets hurt again he might not see that same type of offer in the summer. The question is, what is that number?

It wouldn't shock me if his market price was 7-8M and it wouldn't shock me if he got a 10M offer in an effort to entice him to stick around. Remember, this team traded away Daniel Theis. Tristan Thompson is an expiring contract after this season and who even knows if they keep him around this summer. That's what makes Robert Williams so important. If you have to slightly overpay, so be it. It's not like this team is loaded with cap space either. All they have is a series of exceptions.

His deal has 1 more guaranteed year next season at $3.6M. If the Celts come to him this offseason and more than double that number, maybe that'll be enough. Given how expensive their roster is about to be once Tatum's extension kicks in, finding a way to keep Rob at a reasonable price is crucial. We also could see a situation where he has a great end of season/playoffs and then in turn doesn't want to settle. It's fascinating to think about.

For years we were all hoping that finally, Ainge would hit on some late first round picks. It looks like he's done that with both Rob and Pritchard. Now the questions shifts from can he find those diamonds in the rough to if he can keep them in Boston for the foreseeable future. I sure as shit hope so.