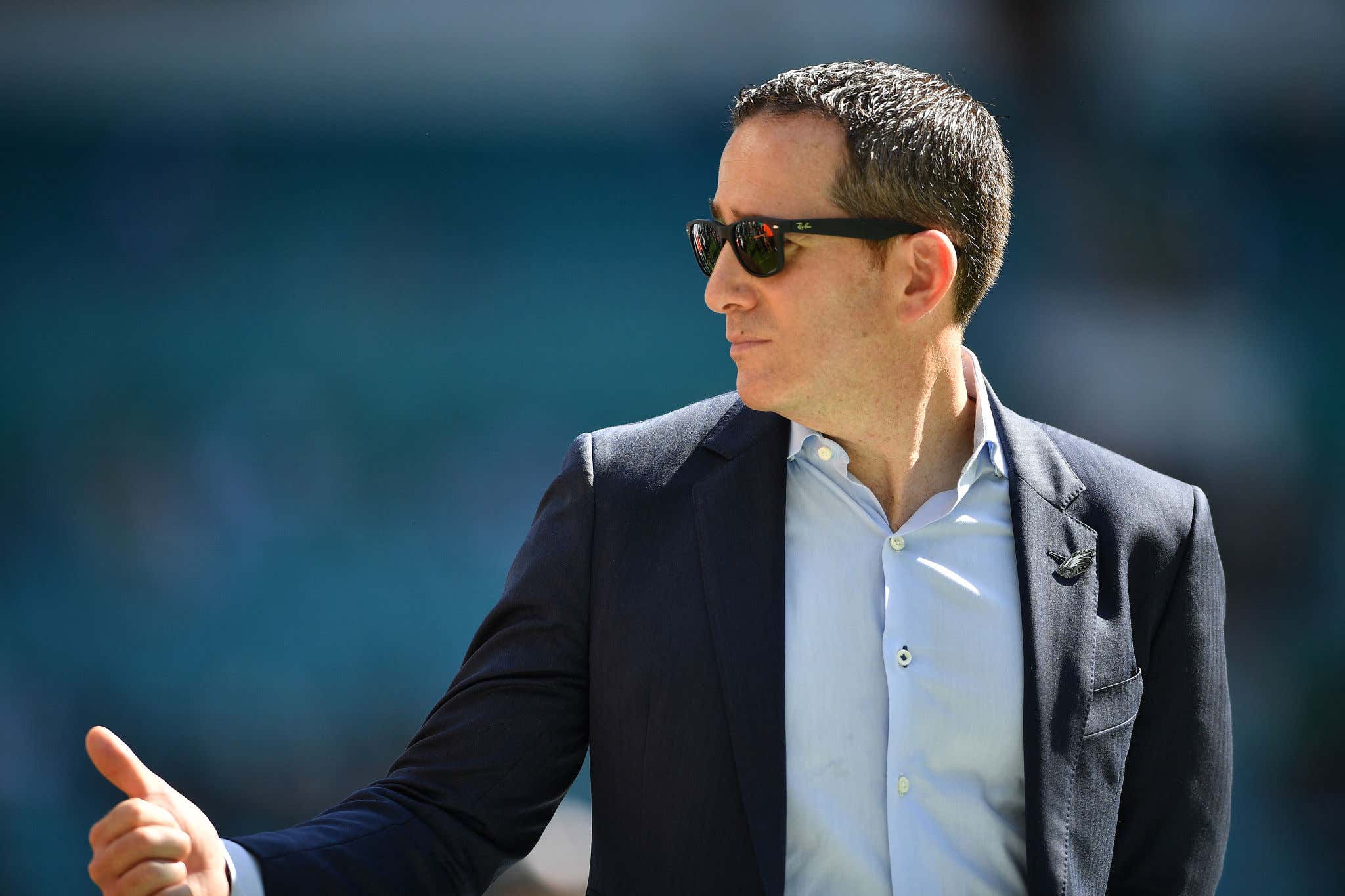 Just a mere 24 hours ago you wouldn't have been able to find anybody in the Delaware Valley outside of Jeffrey Lurie who would have a single good thing to say about Howie Roseman. This city, this fanbase, this entire human species despised Howie. Even Citizens Bank Park was filled with "Fire Howie" chants during Phillies games which were loud enough that you knew he could hear them down at the NovaCare Complex.

He put the Eagles in cap hell, decimated this roster, and set the franchise back a decade after immediately shutting the championship window the moment it was open. And just when you thought that Howie Roseman couldn't possibly be any dumber, he goes out and pulls a stunt like this…

AND TOTALLY REDEEMS HIMSELF.

Let's go back to January 3rd when the Philadelphia Eagles closed out their abysmal season against WFT with Nate Sudfeld under center. It was a move that had the entire sports world abuzz. Joe Judge wanted to break down in tears at the idea of the game being disrespected. SalPal wanted to launch an official investigation. But this is exactly why the Eagles "threw" that game in the first place. Granted, they probably would have lost anyway because they sucked. But you lose that final game of the season to get the 6th overall pick. Now Howie Roseman has a spot in the draft that he can do what he does best with, and he goes into Trader Howie mode.

There were 2 players who would haunt the Eagles for the rest of their careers if they were available at 6 and the Eagles passed on them. They would have been Kyle Pitts and Ja'Marr Chase. But Pitts went 4th overall and Chase went 5th. So Howie read that one perfectly, knew that neither player would be there at 6, so trading out was the best possible option there because he got another 1st round pick out of it.

But once DeVonta Smith started to look like he could drop out of the top 10? Once it looked like that little crybaby Joe Judge could have the Heisman winner to work with Daniel Jones? Trader Howie decided to hang dong one more time. And all he had to do was call up his old pal Jerry Jones, send that old bastard a nice box of delicious Fig Newtons, swap picks with Dallas and add in another 3rd rounder. And then boom.

It goes back to January and making sure that if the Eagles were going to be dog shit last year, the least they could do is get themselves the highest possible draft pick. Then it goes to seeing that Pitts and Chase wouldn't be available at 6. Then making one last deal with the devil to screw over the Giants for another go around. This might just be the highly overreactive Philly sports fan in me but I think…I think I'm back in on Howie after last night's performance. And the more guys this organization brings in who have spent years in Tuscaloosa under Nick Saban, the less it matters that Nick Sirianni might be a real life Ted Lasso. Just fill this whole roster with Saban proteges, they'll make sure the culture carries over to Philly themselves.