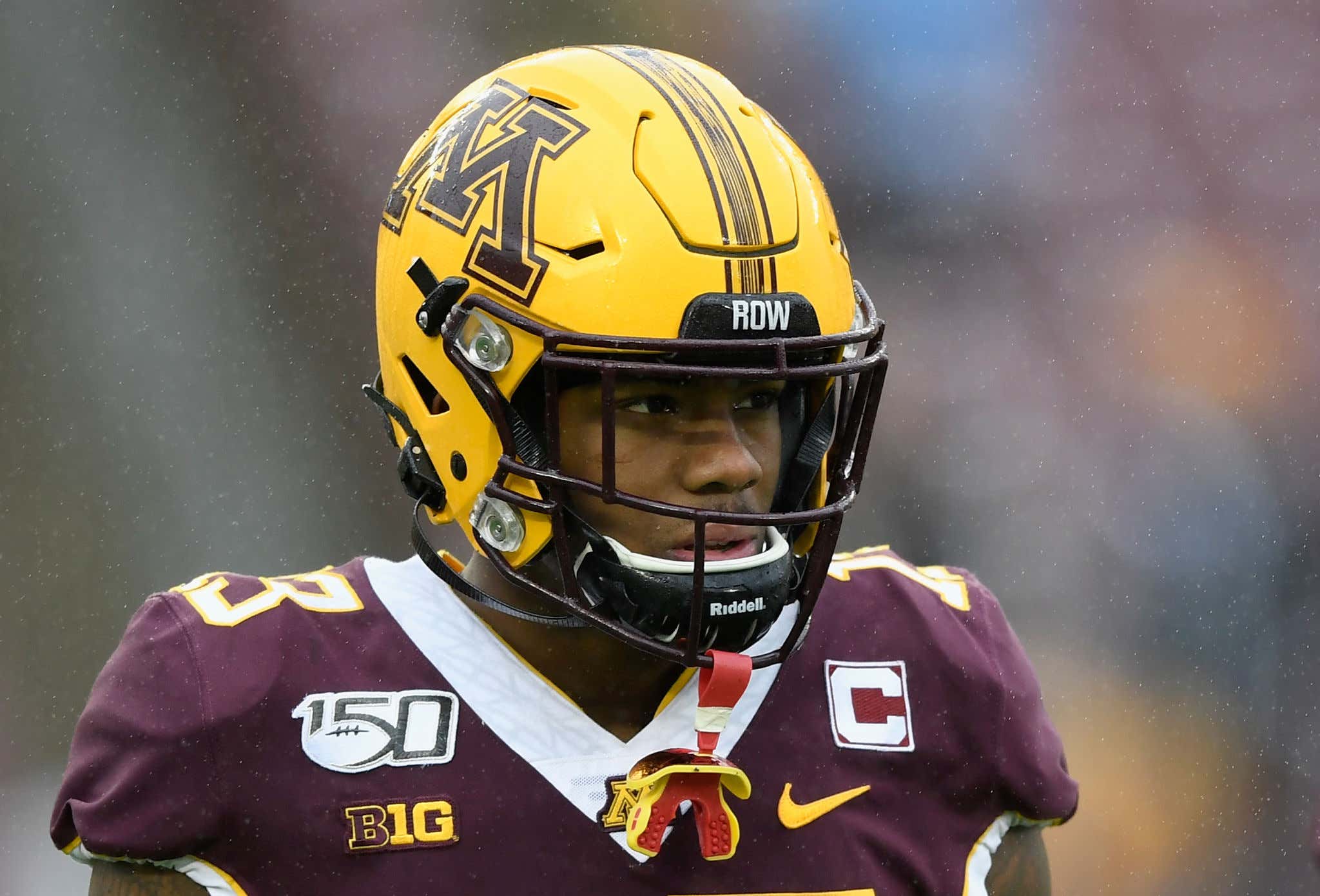 What a night for the Ravens. I wrote earlier today that there were 3 areas that I was hoping the Ravens would address - Pass Rusher, Wide Receiver, and Offensive Tackle in that order. They checked two of those 3 boxes tonight.

As the back end of that first round unfolded, my instinct was that they very well may have traded back. Numerous guys that weren't necessarily expected to still be on the board at those given positions were there for the taking. In circumstances like those, Eric DeCosta will typically move back knowing that at least one guy from a group of draftable players will still be there a few spots later. The fact that he didn't says a lot to me about how much the team valued the given players they got.

Bateman is a mid-sized receiver with blazing speed who can both get open and catch balls in traffic. As I watch his tape, the thing I was most impressed by was his ability to make adjustments on balls in the air. He just has a knack for twisting and contorting his body to make catches look easy. The Ravens need a guy like that. They've got blazing speed with Hollywood, Duvernay brings a lot of speed to the table, and Boykins has size. Bateman can do a little bit of everything. Route-running looks good, instincts look good, measurables are all there… There's a lot to like about this pick and it's another weapon for a young Lamar Jackson to have at his disposal.

The Odafe Oweh pick is the one that's ruffling a few feathers around here in Baltimore. I was disappointed to see Gregory Rousseau go to Buffalo a pick before ours because I believe that's the guy the Ravens really wanted next. Oweh was still a guy they value highly, but some are panning the pick for one reason and one reason only. Zero sacks. It is pretty incredible for him to have achieved that. It feels impossible to have not even fallen into a sack at some point. But I contend that the edge rusher position is typically one where you draft projectable guys and rarely expect for them to contribute from day one. Bashing a guy for having zero sacks doesn't make a ton of sense because we're not drafting his COVID-shortened redshirt sophomore season at Penn State. We're drafting the player he'll be in 2022-2026 (and maybe beyond).

This guy's got a ton of tools to be an effective pass-rusher in this league. He's got ridiculous speed at 4.39 and great size and length at 6'5, 260. He's being drafted to help replace a guy in Matt Judon that impacted the game not necessarily by sacking the QB, but by being a disruptor in the backfield and being a force to be reckoned with. Oweh can be that guy in due time.  While I don't love this pick as much as I love Bateman (or Rousseau if he had fallen), there is more than plenty enough goodwill from the front office for me to trust them on this one.