Four Loko Friday is here to settle all of your gaming beef and we're about to take the gaming world by storm.

Starting tomorrow, Friday, April 30th, we will be casting Warzone 1v1 matchups between 2pm - 5pm EST. All the games will be streamed and casted from Twitch.tv/BarstoolSports right from the Four Loko Lounge. Four Loko Fridays will begin with Warzone matchups, but we'll soon be working in titles like Madden, FIFA, Mario Kart, Super Smash, you name it. 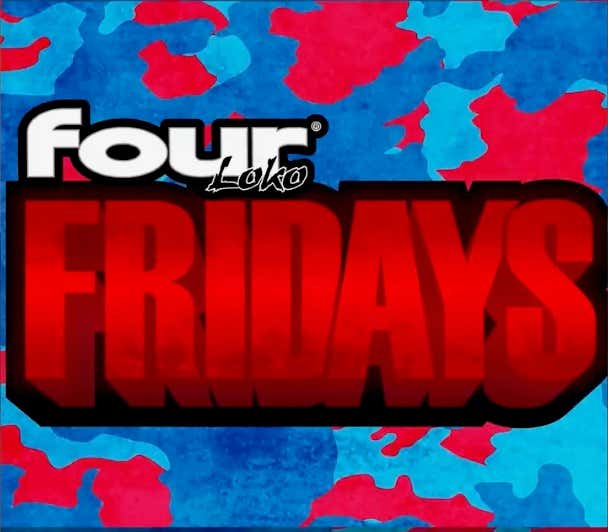 First, join our discord here, no really, JOIN IT!

Once you're in the discord, you'll see a Google Form link to submit your application. Ideally, you will have someone in mind from the community that you would like to call out.

The idea behind Four Loko Friday is to put on a show. We're looking some talented gamers, but we're also looking for individuals that can entertain and put some asses in seats.

First, it is preferable that both players stream - but in order to play 1v1 in the duos playlist, one person must stream.

- For simplicity, the higher the kill total = the winner. There is no placement points.

- In the event of a jailbreak - any FULLY DEAD player (lost gulag) will NOT be able to return to the action. Once you are fully dead, unless your opponent buys you back, you will not be able to increase your kill total or play that extra life. If there is a 2v2 and one teammate is still alive, then the team is able to take advantage of the jailbreak. If the team is fully dead (lost both gulags), they are unable to benefit from a jailbreak.

Ultimately, when players decide on a matchup, you have two options when it comes to kill races:

Best of 2 style would mean that the aggregate kills between the two games will determine the winner. This would allow players to take a lead if their opponent dies early in Map 1. This is the same style of matchup that professional Warzone players use when they are "wagering." Preferable matchup for higher skilled players with kill race wager experience.

This is the style we saw in Larry v Guv. Each map is independent and kills do NOT carry over. Therefore, the winning player must win 2 maps to be crowned champion. For time efficiency, once a winner is determined, the map will end. Games will not be played out until the end like we will see with the Best of 2 format. Preferable for players with minimum wager experience.

If you have any questions, please ask MRags, Smitty or Commissioner Cool & Good in Discord.