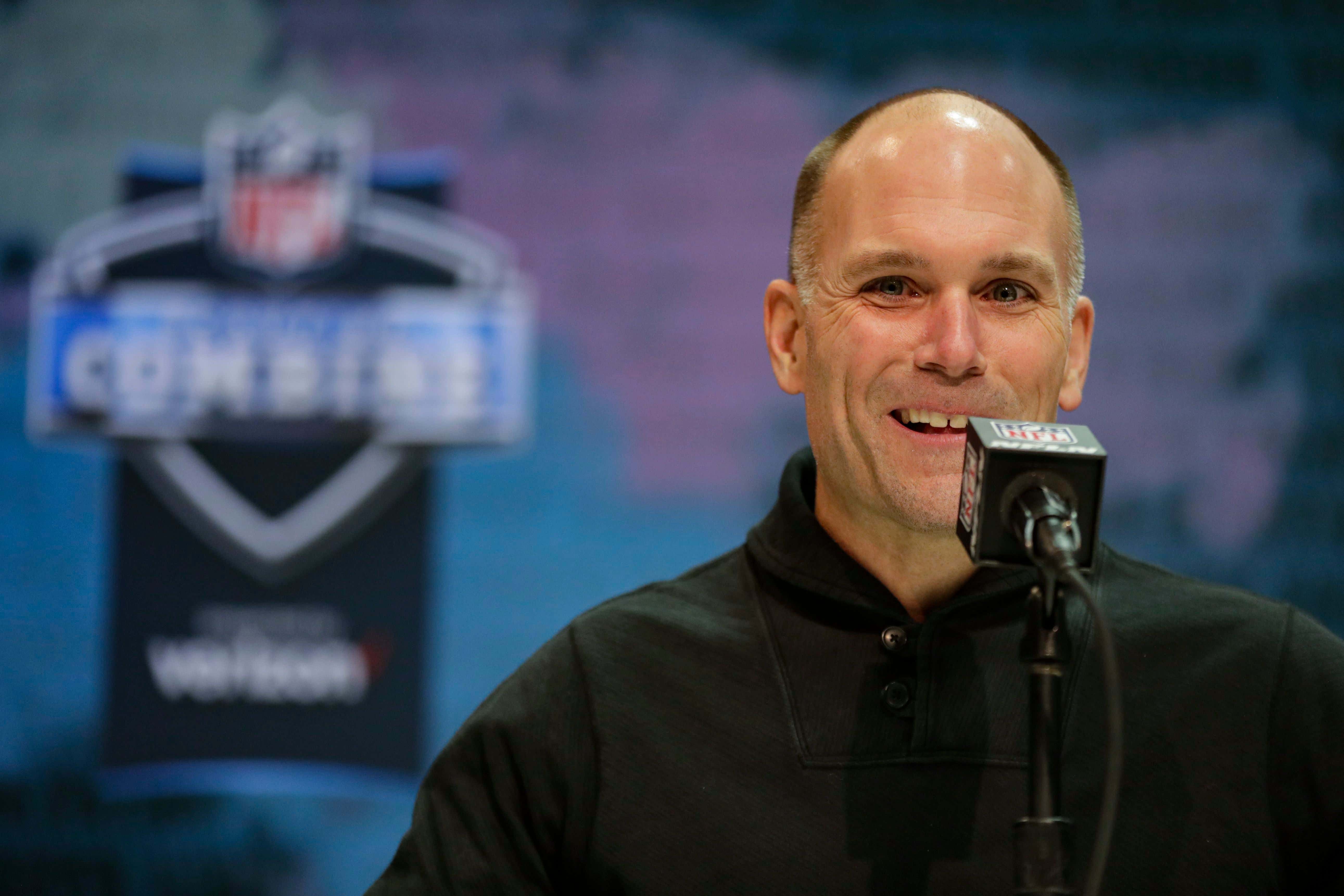 Today's the day. Biggest day of the biggest week of the offseason, bar none.

It's not a secret that NFL teams are built through the draft. Few, if any, put more time, resources, and focus into the NFL Draft quite like the Baltimore Ravens. They're the kings of collecting picks and using them effectively. They trade back when they see fit and accumulate more picks and give themselves more darts at this educated crapshoot they call the draft. The fact that the Ravens have so consistently drafted well and remained an annual contender in spite of rarely picking near the top of the draft speaks volumes about their draft philopsophies.

The man pulling all the strings is Eric DeCosta. He's a maestro. He learned the ropes for years from Ozzie Newsome (one of the all-time GOATs in more ways than one) and now it's his show for a few years now. The two of them were brilliant in believing in Orlando Brown Jr by picking him in the 3rd round in 2018, getting 3 years of high-quality offensive line play from him, and effectively flipping him for a first round pick (among others later in this draft).

That's bad news for the league. Having two first rounders gives you a little more flexibility. You don't feel so much pressure to nail that one pick. You can mix and match, you can package to move up and down, you can take on a little more risk… you're in a position of leverage. When the Ravens have drafted twice in the first round, they've hit some pretty big homers:

So with one of the league's most lethal scouting departments and GM's, the Ravens are positioned beautifully to draft a couple high-impact guys that'll bolster a roster that's already a Super Bowl contender. The Ravens are renowned for drafting best player available, but I know they build out their board with some degree of positional need baked into their evaluations. Here's the three areas that I'm hoping they attack:

1. Pass Rusher - Matthew Judon, gone. Yannick Ngakoue, gone. Yet somehow I feel as though the local discussion has completely ignored the fact that we essentially have no proven pass-rushers besides an aging Pernell McPhee. We don't have a 3-down edge guy even on the roster. Tyus Bowser is great in pass coverage and can hold his own and Jaylon Ferguson is okay at best, but this is a position that desperately needs to be revamped for the short and long term. We know that Wink Martindale is capable of scheming pressure and can lean heavily on a tremendous secondary to do so, but this defense would have so much more teeth if they had a guy who could get to the QB consistently on his own. Options that might require a move up might be Kwity Paye from Michigan or  Jaelen Phillips from Miami. If any of those guys fall to us at 27, we rage. Azeez Ojulari from Georgia may be a bit more in the range of the Ravens' two picks and would be a scheme fit for Wink. Jayson Oweh is another name that could fit in nicely despite the guy having zero sacks last season. Regardless, gotta restock the cupboard at this position and I'm hoping one of the two picks tonight does exactly that.

2. Wide Receiver - This is the hot button issue around these parts. Everybody wants that explosive weapon that can take this Ravens offense from great to unstoppable. The receiving corps of Hollywood, Sammy Watkins, Miles Boykin, and Devin Duvernay is largely unproven (and injury-prone at the top) and isn't scaring anybody. Adding another player to this mix would be ideal and the Ravens have taken their swings in free agency.

Which brings me to this discussion. There's a lot of hubbub about free agents not wanting to come to Baltimore to play in an offense that only throws the ball about 25 times a game. It's hard to dispute that there's not some degree of truth to that. It has to be a factor, surely. Many of the haters and losers paint it as a "players don't think Lamar can throw to them" type of narrative when that couldn't be further from the truth. It's simply the fact this offense is lethal on the ground and rightfully chooses to focus on that.

Free agency is a vehicle by which teams inherently overpay for resources. Why would the Ravens overspend at a position that they utilize less than any other team in the league? If the Ravens were to get in bidding wars for free agent WR's in the way that so many wanted us to, they'd be overpaying a WR twice over. It would make no sense.

Which brings me back to the draft. In spite of what I just said, the receiver position is not one that we can simply ignore. There does have to be some improvement at the position and it would behoove us to continue to try to make this offense a bit more multi-dimensional. If we're not spending at WR in free agency, the other two routes are through a trade and through the draft. The draft is obviously far more cost-effective and allows the Ravens to get a young guy to pair with a young QB. What stinks is that WR is a position the Ravens historically STINK at evaluating and drafting. Everyone knows it. It's their one bugaboo. But you gotta keep taking swings. And I'm hoping they take a swing at a sizable guy like Terrace Marshall who can add some variety to the receiving corps.

3. Offensive Line (Particularly Right Tackle) - Of course the OBJ trade leaves a void at an important right tackle position. The natural instinct is to use the pick to address it directly and take a guy at that position. I'd be all for it. But by no means do I think it is imperative for them to do so, nor do I think the center position is as dire a need as some believe it to be. Long time Steelers left tackle Alejandro Villaneuva visited the Ravens last Thursday, and I expect him to sign after May 3rd to avoid any impact on the draft compensation formula. He can step in at right tackle and start effectively right then and there, and that gives the Ravens some flexibility to not force a pick on a right tackle on Day 1. If the right guy falls to them, they take him and those two compete for the job in the short term before the draftee takes over in the long-term. Villaneuva eventually falls into a backup role behind a rehabbing Ronnie Stanley and the rookie and everyone's happy. Oklahoma State's Teven Jenkins is a right tackle with a reputation as a run-blocking force, so he just might be the guy when it's all said and done. But we don't have to force it.

Regardless of where the Ravens go, they're gonna have options. Having two picks on Day 1 is DANGEROUS for the league. For what it's worth, most draft pick value charts have the 27th and 31st picks worth about the same as the 11th overall pick, so they've got some serious ammo to move up if they so choose. Anything's on the table for EDC tonight. Pray for the league.