FIRST OFF, get your Team Ziti merchandise right now: 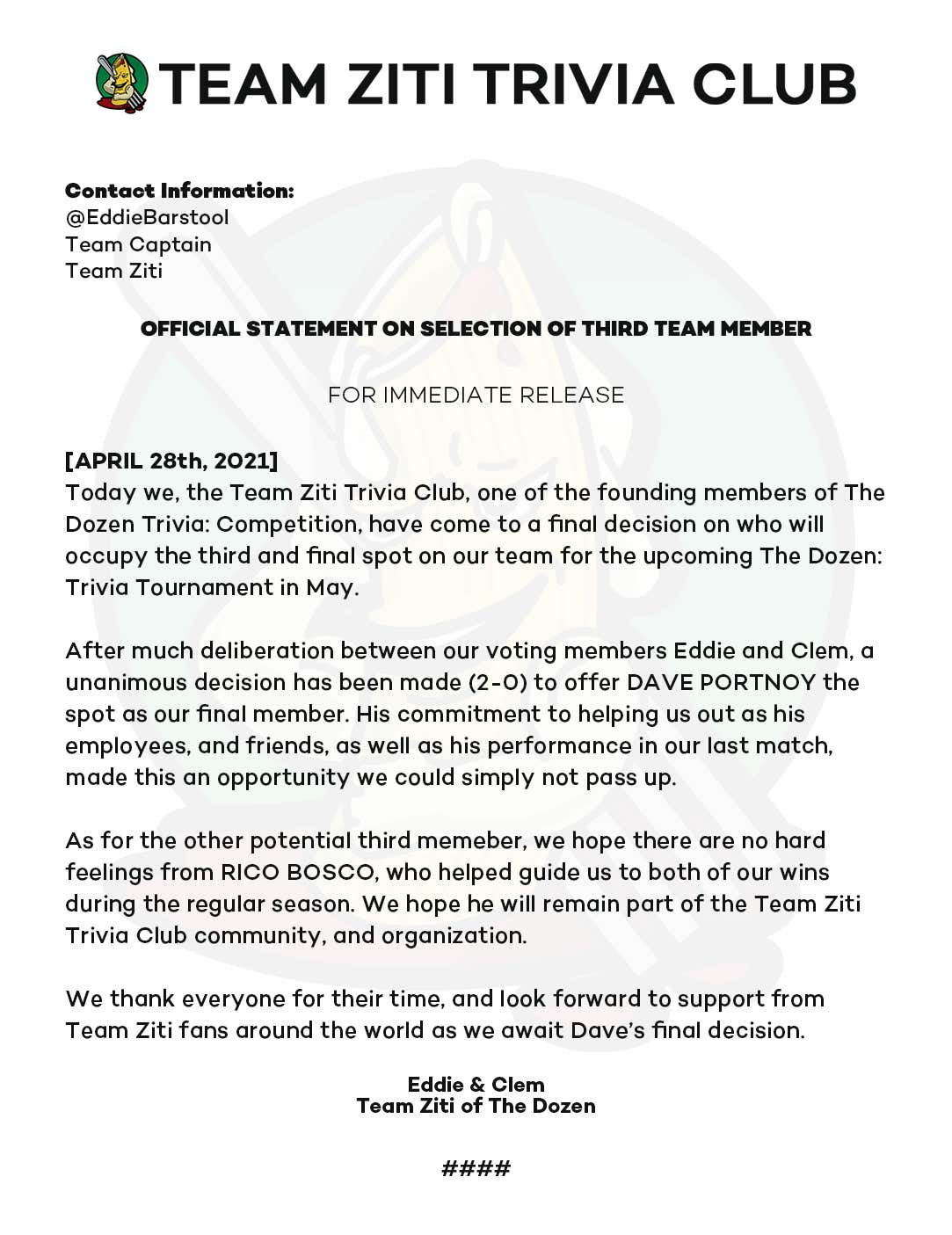 The big question is now whether or not Dave will even accept! On the Dave Portnoy Show, he made it seem as though he would, but he cautioned Eddie that he had no interest in being a second-fiddle pick to Rico.

Dave could potentially join Ziti for a second time, the first coming in a heartbreaking loss to Team Nightmare that almost knocked the team out of the Tournament. A fill-in for Rico Bosco, who refused to take on his rivals Captain Cons & Feits, Dave impressed his teammates and was open to sticking around with Team Ziti if they wanted him back.

Does he stay? Does he turn them down? I am not too sure, it's tough to gauge right now, but Ziti's popularity has only grown with all of the drama surrounding the team. The strong fanbase is what got them into the Tournament, as their 2-10 record was a severe downside on their resume: 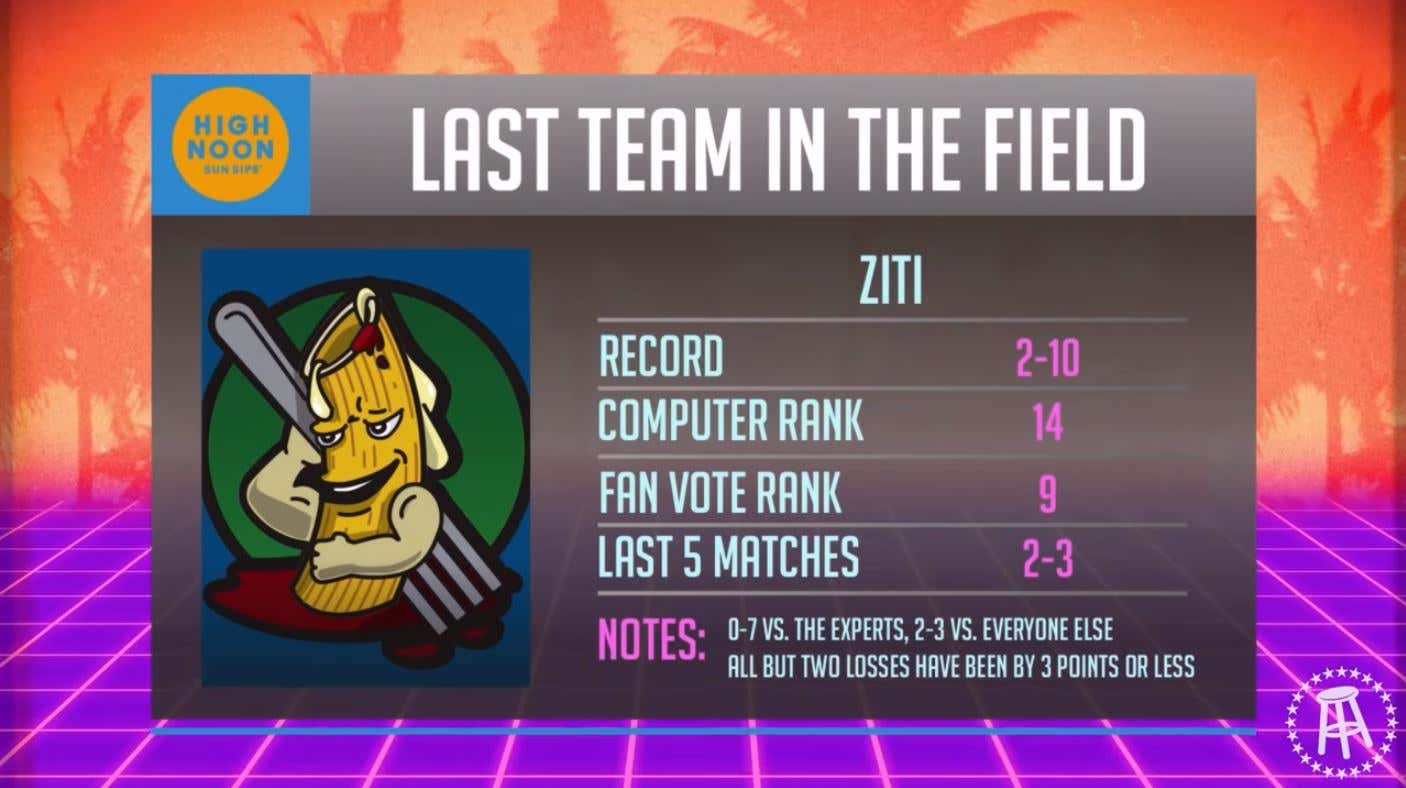 How Rico responds publicly to the news will be interesting, but he did leave the Team Ziti group chat tonight…

…and some people are coming to his defense…

…but the current situation is rather simple: Dave has been offered the final spot on Team Ziti for The Dozen: Trivia Tournament and Rico Bosco seems to be out.

The Tournament starts May 10th, make sure to catch up with the selection special in the meantime.