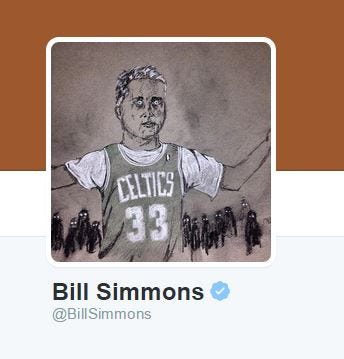 I have a question. Where is Little Billy Simmons during all this Deflategate nonsense?  He already called Roger Goodell is a liar during the Ray Rice fiasco.  As a refresher this is what he said on his podcast;

“I really hope somebody calls me or emails me and says I’m in trouble for anything I say about Roger Goodell,” he said. “Because if one person says that to me, I’m going public. You leave me alone. The commissioner’s a liar and I get to talk about that on my podcast.”“Please, call me and say I’m in trouble,” he added. “I dare you.”

As a result of this statement ESPN put him over their knee and spanked him.   He got suspended and pouted like a little baby.  Well now Simmons is leaving ESPN and going to HBO.  Once again Roger Goodell is caught in a house of lies.  Once again ESPN is not only protecting Goodell, but helping promote his agenda.  They’ve basically become a mouthpiece for the NFL’s propaganda machine.  So where is our beloved Boston Sports Guy? Where is he?  I mean love Simmons or hate him nobody can deny his influence.  Why isn’t he speaking up right now?  The facts are clear.  The NFL and ESPN are running a smear campaign against the Patriots. What happened to the “Boston Sports Guy”? Speak up Simmons!   I’ll give you all the space on Barstool you want.   Nobody knows ESPN better than you.  It’s time to be a man and back up your threats.  Expose ESPN and Roger Goodell once and for all.