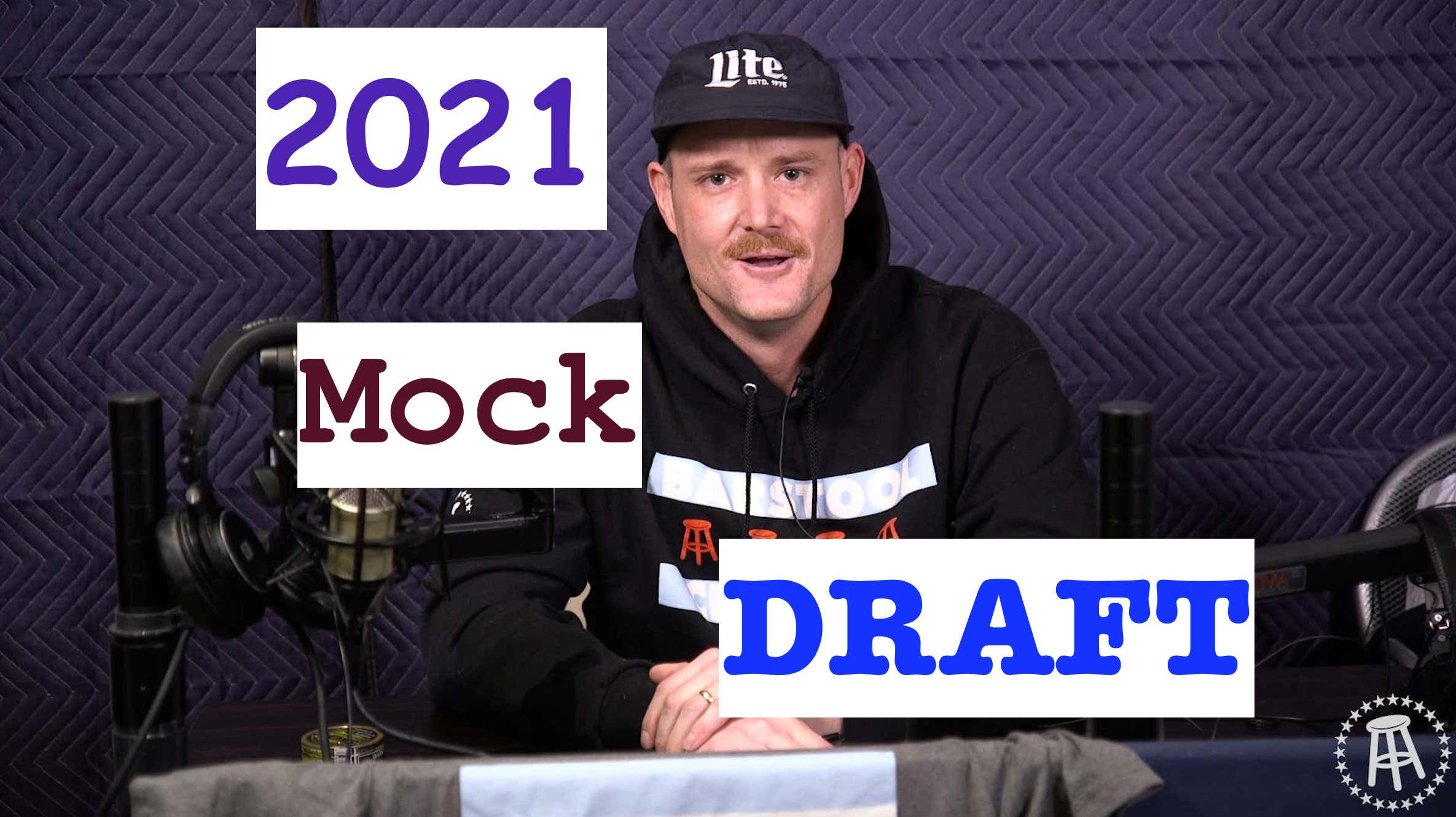 Good evening sports fans and welcome to my 16th and FINAL FINAL 2021 NFL mock draft. It's been an unbelievably long offseason as we have relentlessly studied and exhausted every available piece of scouting information. We've also gone through all of the data and the tape. If there's a 60-cone shuttle time then I've seen it. If you've jumped out of a pool lately I've heard about it. No stone has gone unturned which is why I'm delighted to present this to you with a 99% confidence interval. That's at least 5-10 points higher than most Mock Experts so keep that in mind as we move through the list.

What the fuck does Carl know about drafting?

It's literally my job.

Which reminds me: Barstool Chicago will be on the En Ef Ell Live stream tonight representing the Bears. It's me and Eddie and Chief and WSD and Big Cat going LIVE in fucking prime time. Don't miss out and buy some merch. 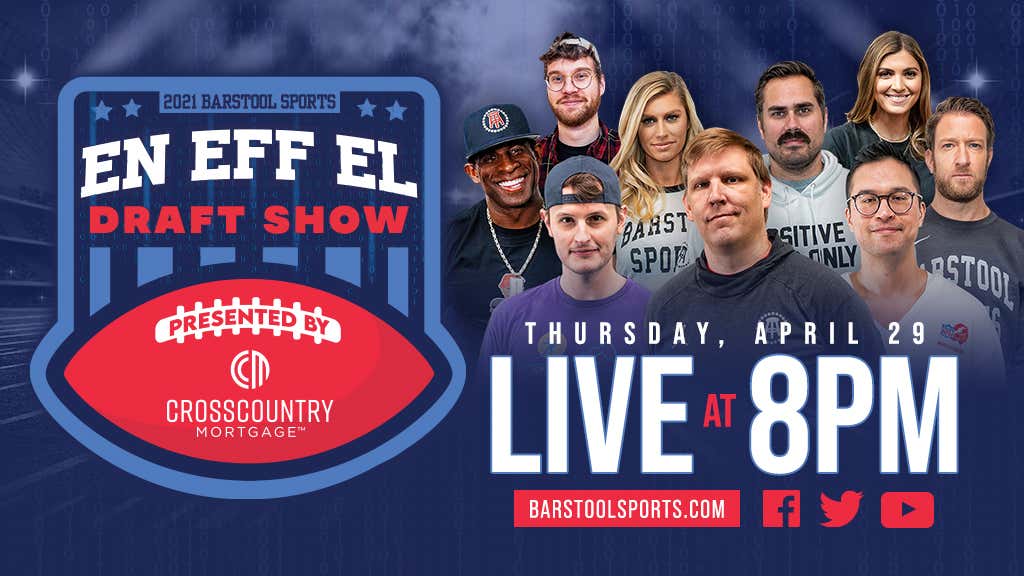 The first round is tonight which is a big deal for a lot of people including me. Even if my simulations say Ryan Pace is going to set the franchise back another 5 years, I still take this shit seriously. Here's what I got:

4. Falcons - Someone Julio Jones can mentor

12. Philadelphia Eagles - The other Alabama receiver

13. Los Angeles Chargers - Player with the most underrated tape of the draft

15. Patriots - the better player between Justin Fields and Trey Lance

16. Cardinals - the only defensive player they pick for the next 2 years

17. Raiders - Big Ten outside linebacker that will play on the line but underperform until going to a better system and emerging in his late 20's

20. Panthers - Future Hall of Famer that plays whatever position the Bears need the most over the next 10 years

21. Colts - EDGE from Miami that only played in 6 career games but was a top 5 prospect in high school

22. Titans - some guy who wishes he didn't run across the middle with his head down against Will Compton in training camp

23. Jets - the answer to a regional trivia question 11 years from now

27. Ravens - the fastest player in the draft

28. Saints - physical guard that plays in space and blocks well down field that will instantly be a first team all pro

30. Bills - EDGE that can move inside and give the offense different looks in a zone blitz

If 5 of these hit then I'm basically the smartest mock draft guy of all time. Biggest takeaway is the Bears getting weird and trading up. There's no doubt in my mind this happens and there's even further no doubt that we're going to blow it. At least this time I'm ready for it. Big thanks to Kyle Brandt this week for helping me get there. Great interview