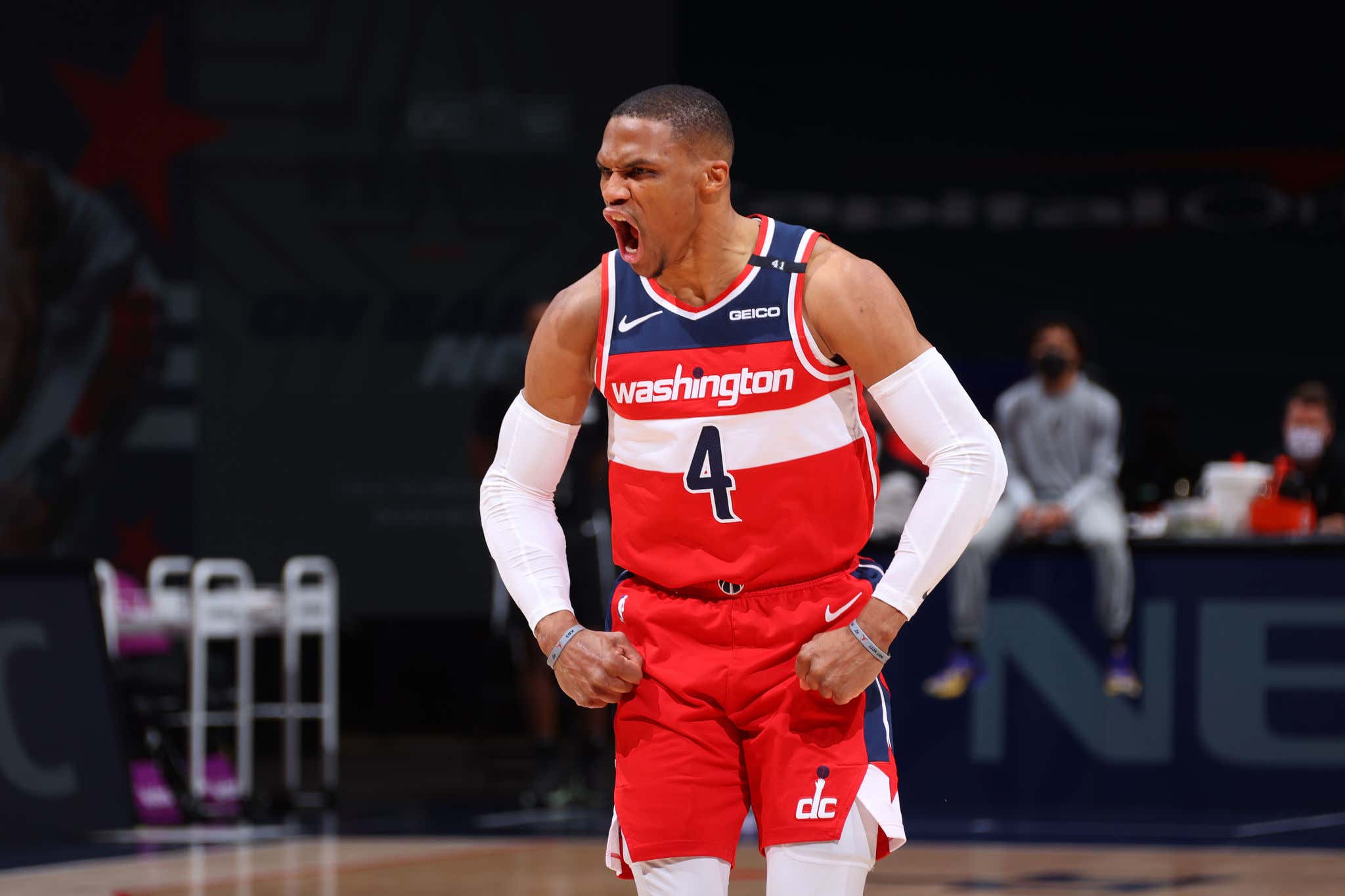 The Wizards are red hot. Outside of the Knicks (9-1), they've been the hottest team in the East for a few weeks now (8-2). That run has allowed them to take over the 10th spot from the Bulls and only 2 games back from the Pacers for 9th. If you want to get really crazy, they sit just 3 games back of the Hornets for 8th. The interesting thing is this isn't really a flukey run in their schedule. You might be surprised to find out that

So what happened? For starters, their defense has been a whole lot better, especially since the trade deadline. How about the 6th best defense in the entire league. That was always the biggest issue with the Wizards. On any given night you could see them drop 120, but then on the other end they give up 125. Now that their defense has tightened up, they're starting to win. Thats not an accident.

Another huge reason is clearly the play of their two best players. Bradley Beal is back to leading the league in scoring, but that's not exactly news. What's really noticeable is the play of Russell Westbrook. This is a guy who a lot of people on the internet and TV called "washed". Just like we're seeing with Chris Paul, maybe that wasn't the best idea. Since the deadline, we're watching this man put up 21.8/13.8/12.3 on decent shooting splits. Better yet, Westbrook is on pace to finish the season averaging a triple double for the 4th time in 5 years. That is absurd. Remember when Stephen A basically said none of that meant anything because Westbrook doesn't win? I found this little nugget interesting

I know it's become the cool thing to say shit like "triple doubles don't matter, no big deal", but if they were so easy why doesn't anyone else average one then? If it were so easy, why are we seeing Westbrook do something over this 5 season stretch that has never been done before in NBA history?

Maybe we should instead take a step back and appreciate a player who is doing something none of us have ever seen before. When you add in how the Wizards are playing recently and how locked in their top 2 are at the moment, they do present themselves as a potential upset team for the play in. Shit, they've even held their own this year against the Nets for what it's worth.

I'm just fascinated by the season that Westbrook is having. Not just the triple doubles, but the fact that he also leads the league in clutch time FG%. Who saw that coming? It used to be you could just let him shoot his team out of a game, but now he's coming through in the clutch while also filling the stat sheet. He leads the league in assists! If that holds, it'll be the fourth time in five years he's done that.

I'm not sure there is a more polarizing player in the league right now than Westbrook. Guy can single handedly take over a game and be a completely dominant force, while also maybe sometimes playing you out of a game. It's a wild ride. I just know we're watching something that might never happen again, and I find that pretty cool.