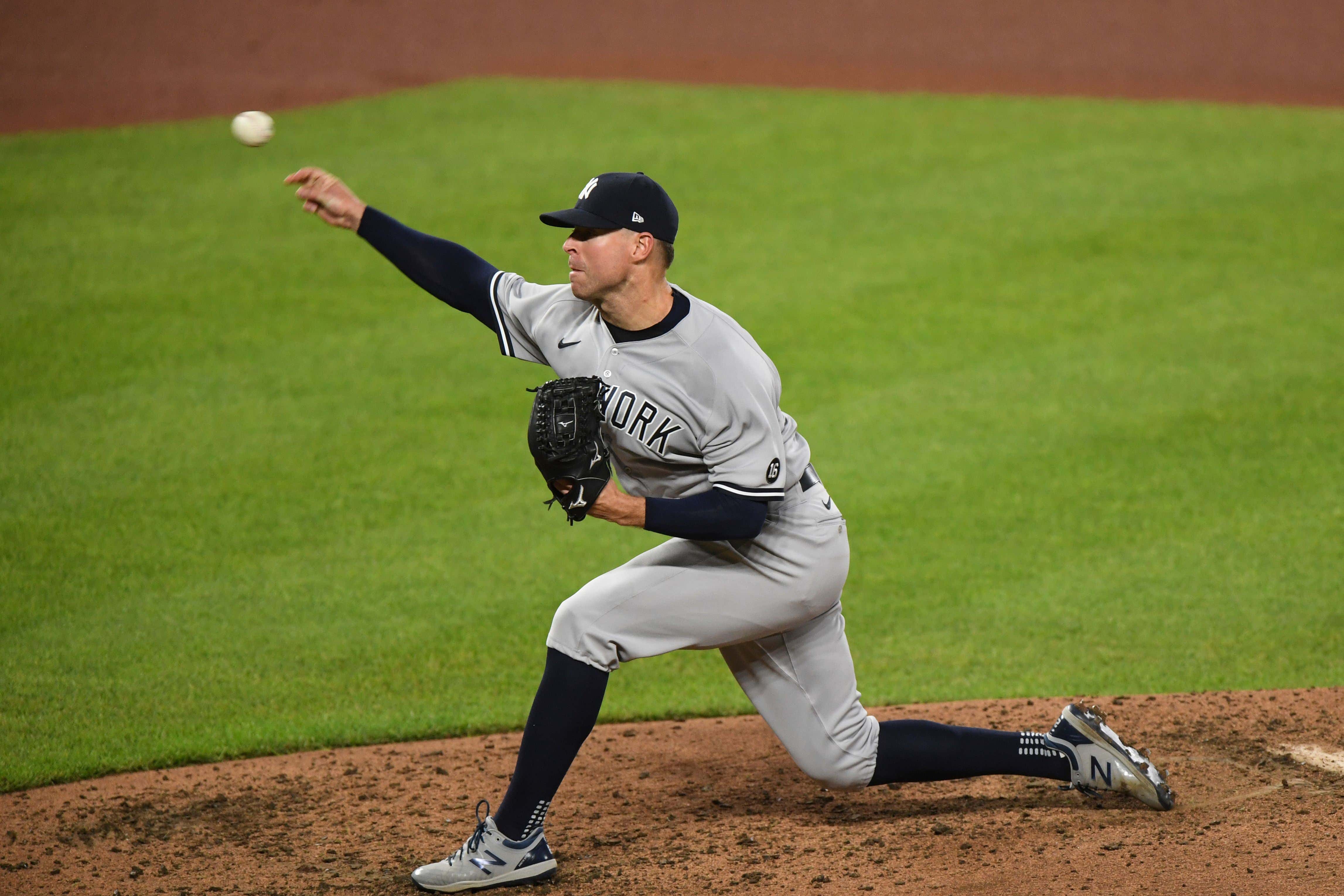 I'm not here to tell you Cy Young Corey Kluber is back. I'm not going to say this is the turning point to his comeback from two year's worth of injuries. I'm not all of a sudden calm that we have found ourselves a starting pitcher not named Gerrit Cole. All I'm going to say is that Corey Kluber needed that kind of performance in Camden Yards on Tuesday night. Yankees fans needed that start. Before Tuesday all you saw was a guy who was sitting 90 mph with a lack of control and almost no margin for error while on the bump. Tonight against the Orioles you saw a guy confident in his stuff, totally in control of what he planned on doing out there. Tonight was a stepping stone in the right direction and it was refreshing to see from a Yankees starting pitcher that doesn't wear number 45.

I would have taken five innings tonight. That would have been Kluber's longest start of the season believe it or not. Each time he entered the 5th this season things have fallen apart. Tonight his pitch count was in great shape, and he threw into the 7th inning because of it. It was the first time the right hander had completed six innings in a game since April 9th of 2019. More than two years! The finished line was 6.2 IP 6 H 1 ER 5 K 2 BB 96 pitches. You'd like there to be more than 62 strikes mixed in, but this was BY FAR the best Kluber has looked in his time in New York. He even smiled afterwards while talking to Cole. 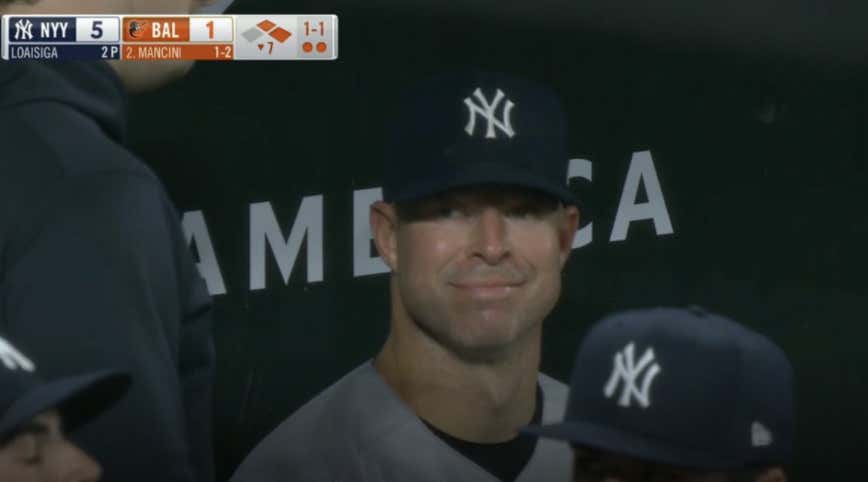 His stuff was sharp and his velocity was up more than it's been all year, touching 93 mph on his fastball more than a handful of times.

I couldn't believe Boone sent him back out for the 7th, but I don't really understand anything that moron does these days. Regardless, this was super encouraging and a step in the right direction. Could it have to do with Higashioka behind the plate? Yeah there's definitely reason to think that. Everything with this team goes smoother when Higgy is involved. On the day that Boone admitted Higgy has earned more playing time, the catcher rewarded the club with two more hits including this homer.

Right now he's hitting .320/.414/.880 with a 253 wRC+. Dude is locked in and should be catching 3 out of every 5 games at this point, if not more. It's night and day what this dude provides to this team compared to Gary Sanchez. Gotta play the better player, period.

-Giancarlo continues to swing a hot bat, blasting his 6th homer of the year. The ball has been jumping off his bat over the last week.

-Gleyber and DJ each had themselves a mutli hit night. Torres has started to put some real good swings on the ball ever since he was called out for not hustling against the Braves. He needs to continue to pick it up because his start to the season has been horrendous. DJ I'm never worried about. He'll figure it out, he always does.

-Jonathan Loaisiga worked another 1.1 innings of clean baseball, striking out 3. He's put it all together this season with excellent command and has quickly become of the best pitchers on this team. He has been an elite reliever across the whole league so far this season.

And then there's Aaron Judge. Yes he did homer tonight, picking up two hits in the game. He was, however, pulled in the 9th inning, watching the final 3 outs from the dugout. Only a four run game and he's not out there, certainly a cause for concern. The reasoning?

Sore from travel. TRAVEL. The Yankees flew from Cleveland to Baltimore on Sunday. We're not going from Australia to Chicago or something like that. How are we sore from travel? Boone admitted this wasn't an instance where Judge said something to him, but still man what are we doing here. It's always something. If you want to give him the day off on Thursday with it being a 1 PM start on getaway day fine, but I don't need Aaron Boone telling me my right fielder is sore from traveling.