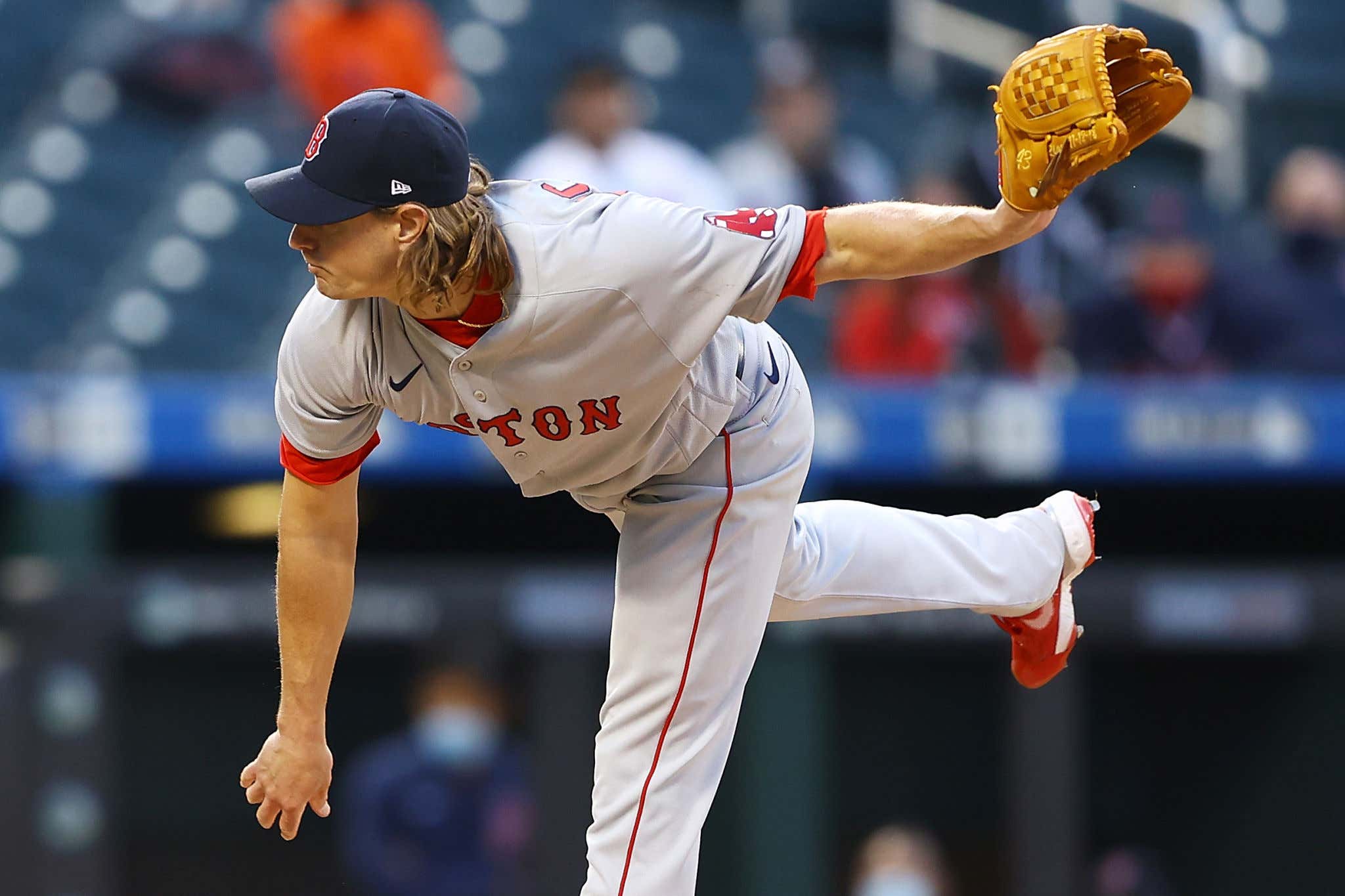 A lot was made about Garrett Richards' last start and the comments that he made afterwards.

If you missed it, Richards got handed his lunch by the Blue Jays, gave up four earned runs, walked SIX goddamn batters and hit a guy. If that wasn't bad enough, and I won't get the exact quote right here, but Richards basically blamed the bad performance on it being cold and not packing a jacket. Listen, I didn't have too much of a problem with it because I hate being cold and I know that most guys perform better when it's warm rather than when it's cold, but you can't say stuff like that in Boston. Nobody cares about that comment on the west coast where Richards spent his entire career before coming to the Red Sox. But here? Chuckie from East Boston doesn't give one single flying fuck if you're cold. Throw the ball.

So, he did. Seven innings, one earned run on a Jeff McNeil homer, ZERO walks and TEN strikeouts. That's how you answer to the valid criticism of you stinking up the joint. Take the chirps, bottle them up, and shove them up the collective asses of everyone who wants you out of the rotation. Check, check and check. It's only one start, though. I don't think anyone is expecting seven one-run innings with 10 tickets every time out from Richards, but consistency is all we're really asking for. And drastically cut back on the walks. The Mets aren't exactly tearing the cover off the ball just yet, but it's a step in the right direction from a control perspective.

Speaking of quiet offenses, it wasn't exactly a banner night for the Red Sox lineup, but it was enough. It almost took a damn month, but we finally saw the first 2021 homer from Bobby Dalbec. This fuckin' guy has been so damn unlucky to start the season. Sure, there have been a ton of strikeouts but you knew that there would be. That comes with the Dalbec territory. But this dude has been barreling balls all year and they've either been right at someone or hit so hard that they were doubles that would've been homers in other ballparks. I've never wavered in my optimism for Dalbec. He's gonna do damage. Hopefully getting one on the board takes some pressure off the rookie and he starts blasting them left and right because we all know he's capable, as someone who homered in five straight games last season. That's if you even saw that happen. Between the team sucking and NESN running ads for Dining Playbook during at-bats, I understand if you missed it.

Matt Barnes got the ninth and was nails again. He has yet to allow a run this season in a save situation and he punched out two just to stay in shape to rack up his fifth save. Matt Andriese built the bridge to Barnes in the eighth, pitching a perfect frame with one strikeout to lower his ERA to 1.42 on the year.

It's a quick two-game series, but the finale will not disappoint. You know who's waiting in the shadows. It's Jacob fuckin deGrom, who's coming off a complete game shutout with 15 strikeouts his last time out, a career high. He's got a 0.31 ERA with 50 goddamn strikeouts in 29 innings. It's stupid. Opposing deGrom will be Nick Pivetta, who's coming off a six inning performance with two earned runs, three walks and four strikeouts against the Mariners. Nobody's asking him to look at who's going on the other side and beat him, but with the Mets offense dragging ass, the hope is that Pivetta can match deGrom inning for inning until the bullpen can take over and maybe the Red Sox can grind out some at-bats, scratch across some runs and walk away with a two-game sweep in Queens.