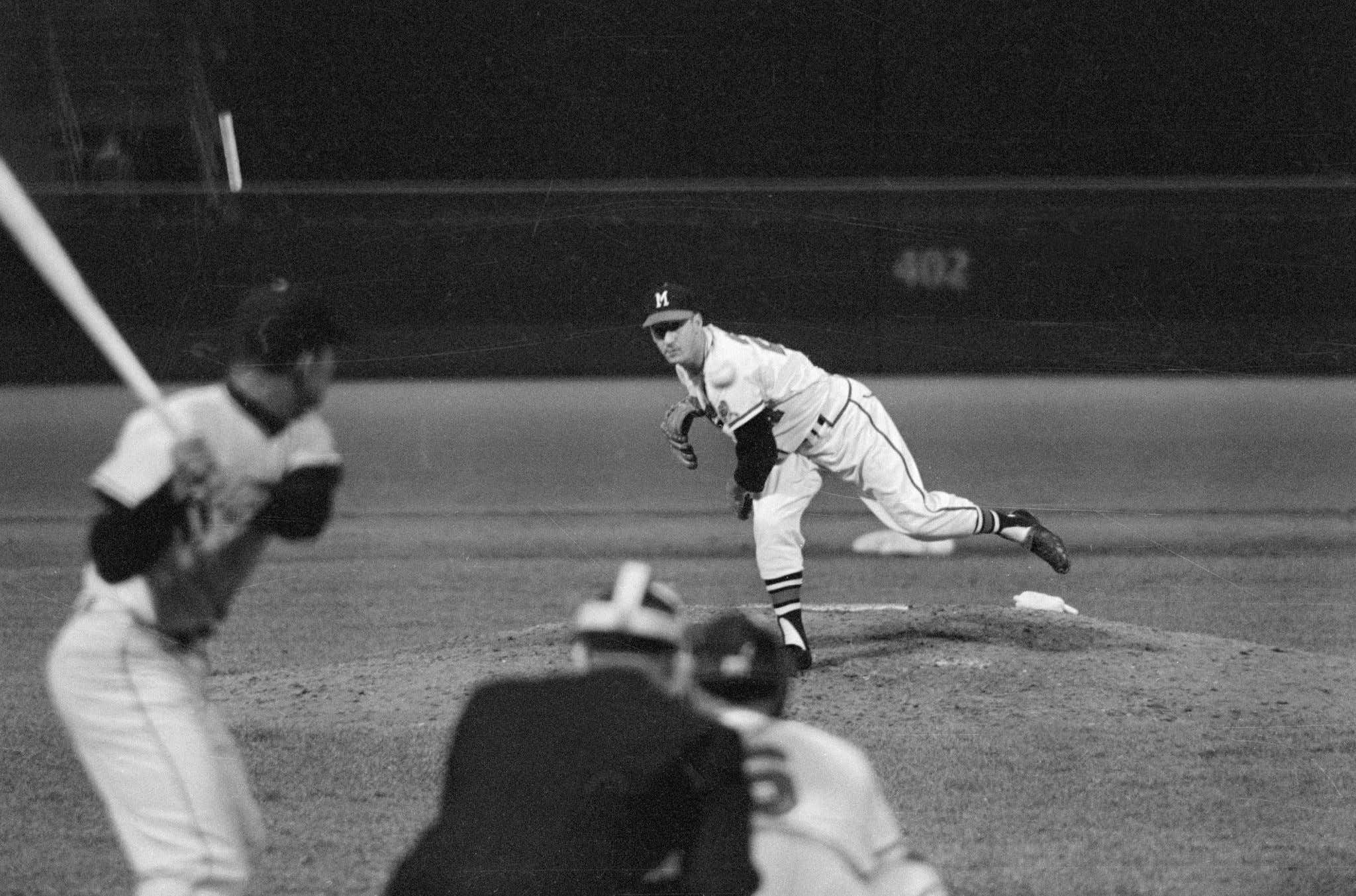 Five days after his 40th birthday, Warren Spahn of the Milwaukee Braves throws a no-hitter as the Braves beat the San Francisco Giants 1-0 at County Stadium. Sam Jones also has a fine game allowing one unearned run on five hits for the Giants on a Hank Aaron RBI in the first. It is the second No-Hitter for Spahn, who is just the second pitcher to throw a No-Hitter after turning 40.

Warren Spahn was born on April 23, 1921, in Buffalo. He briefly came up with the Boston Braves in 1942 but returned to the minors after clashing with Manager Casey Stengel. It would the last time he was up for four years, as he served in the Army during World War II, winning a Purple Heart and a Bronze Star while fighting in the Battle of the Bulge. When his career resumed in 1946, Spahn quickly became the best pitcher on the Braves team with Johnny Sain to win the pennant in 1948.

As the Braves moved to Milwaukee, Warren Spahn remained one of baseball’s career pitchers; over a 17-year period, Spahn won 20 games 13 times, becoming the All-Time Winningest Left-Handed Pitcher, and the most wins for a pitcher during the live-ball era with 363. For most of his career, a No-Hitter eluded him, as he did not throw one until he was 39 when he blanked the Philadelphia Phillies on September 16, 1960.

Early in the following season, Warren Spahn did it again. Before taking the mound that day in Milwaukee, the only 40-year-old to throw a No-Hitter was Cy Young. Spahn, who had turned 40 just five days earlier, came into the game with a record of 1-1, while Sam Jones of the San Francisco Giants was 2-0. After the Giants went down in order in the first inning, the Braves got a runner on base with a one-out single by Frank Bolling. Jones was able to strike out Eddie Matthews, but Bolling advanced on a passed ball by Ed Bailey. Hank Aaron followed with an RBI single, and the run would be unearned as Mel Roach ended the with an infield fly.

Staked with a 1-0 lead, Warren Spahn mowed down the Giants as he did not allow a base runner until Chuck Hiller reached base on a leadoff walk in the fourth. He was quickly erased on a double play by Harvey Kuenn. Willie McCovey led off the fifth with a walk, but Spahn got Orlando Cepeda to hit into a double play. Facing the minimum 24 batters over the first eight innings while striking out Willie Mays twice, Warren Spahn started the ninth with a strikeout of Ed Bailey, his fifth of the game. Matty Alou then grounded back to Spahn for the second out, while Joey Amalfitano pinch-hitting for Sam Jones grounded out to short to end the game and the No-Hitter.