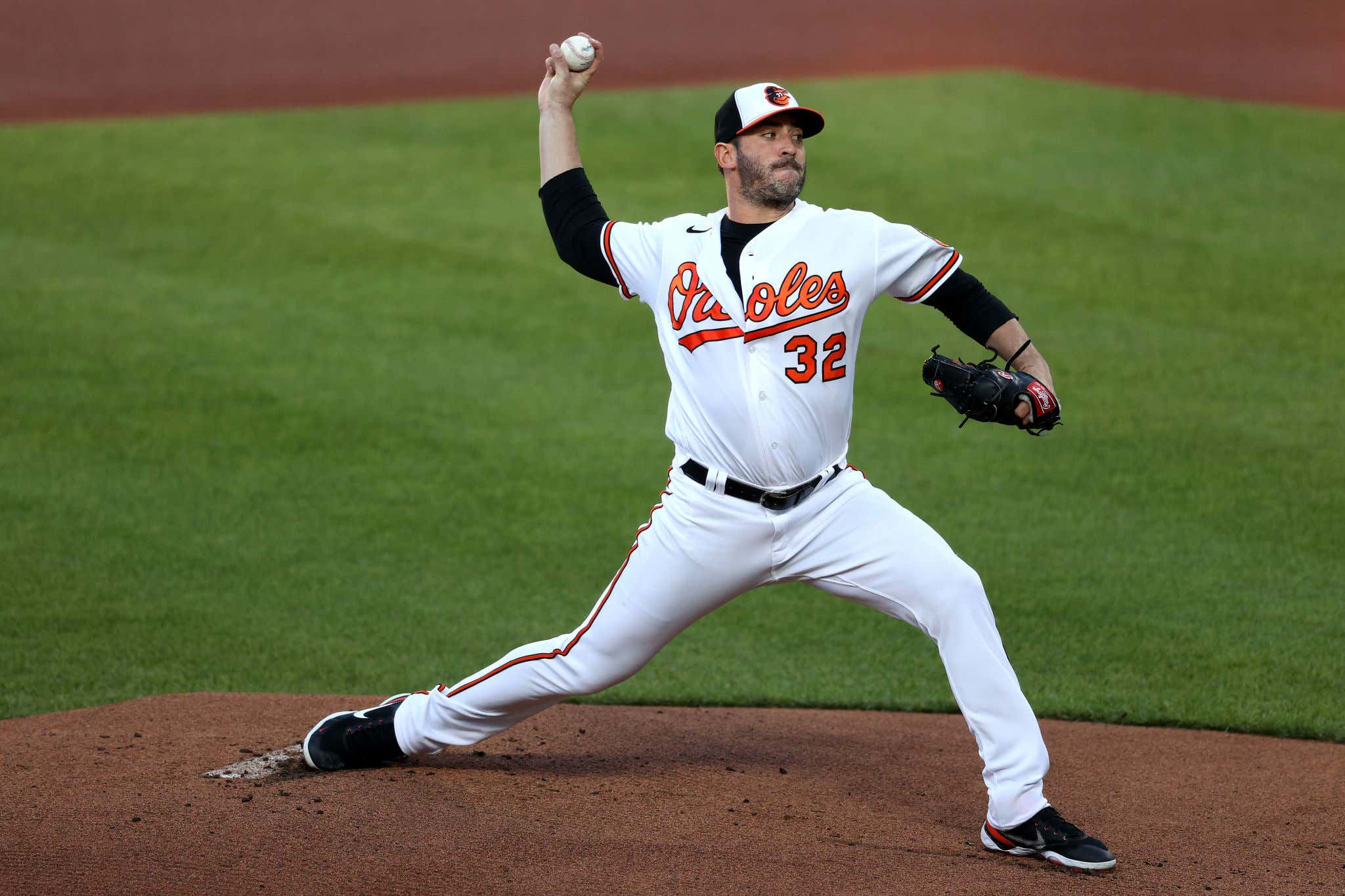 I found myself feeling fairly positive after the weekend the Yanks had in Cleveland. Not really because the bats exploded or the pitching looked unreal. but because this team fought back from multiple 3-0 deficits to win ball games. Some fire and life in the dugout was a sign to me they're waking up. Nope, not the case. Matt Harvey just shoved for six innings against this godforsaken lineup. So fucking pathetic. Never have I seen such little damage done on fastballs up in the zone as I did tonight. Aside from Stanton and Judge's back to back doubles to get them on the board, this offense was lifeless once again. To do it against Matt Harvey in 2021 is fucking deplorable.

Terrible. In the 8th inning they loaded the bases with two outs for Gio Urshela after CLEANUP HITTER ROUGNED ODOR struck out helplessly. Gio, the team's only good hitter, ripped a ball to left field that should have scored two. Gio is the only hitter on this team that shows up every night.

The umpire ruled that DJ LeMahieu did not cross home plate in time before Judge was thrown out. Replay showed it was very close and I think was definitely worth a peak, along with whether Judge got in under the tag at 3rd. Boone was denied a review for being too late. He erupted out of the dugout and was tossed.

It was nice to see Boone actually show some fire for once, and I think that's b.s. to say he ran out of time. That being said, what the fuck is Aaron Judge doing on that play? The ball is hit to left field and didn't reach the wall. There's two outs, you're the tying run and already at 2nd base advancing on the base hit. Why are you chancing it going to 3rd on that play? That's a horrific base running error. HORRIFIC.

On top of all that, alluding to earlier comments, not hitting Matt Harvey for six innings and making him look like an All Star in 2021 is a goddamn disgrace. That's why you lost the game. I don't want to see Yankee fans saying we were robbed tonight. No we weren't. The team didn't hit MATT HARVEY. Didn't come close either really. At bat after at bat just as pathetic as the other one. 6 innings, 3 hits, 1 run five strikeouts. He entered this game with a 5.12 ERA in four starts so it's not like he found the fountain of youth and was back to being the Dark Knight. What the fuck man.

Four against the O's and three against the Tigers, this is a week you have to get going and instead it's much of the same bullshit we've been watching for the better part of a month. I'm sick and tired of this shit, I really am.

P.S. I used the term bullying in the title without even seeing Boone use that term to describe the umpire not letting him review the play. This guy man.