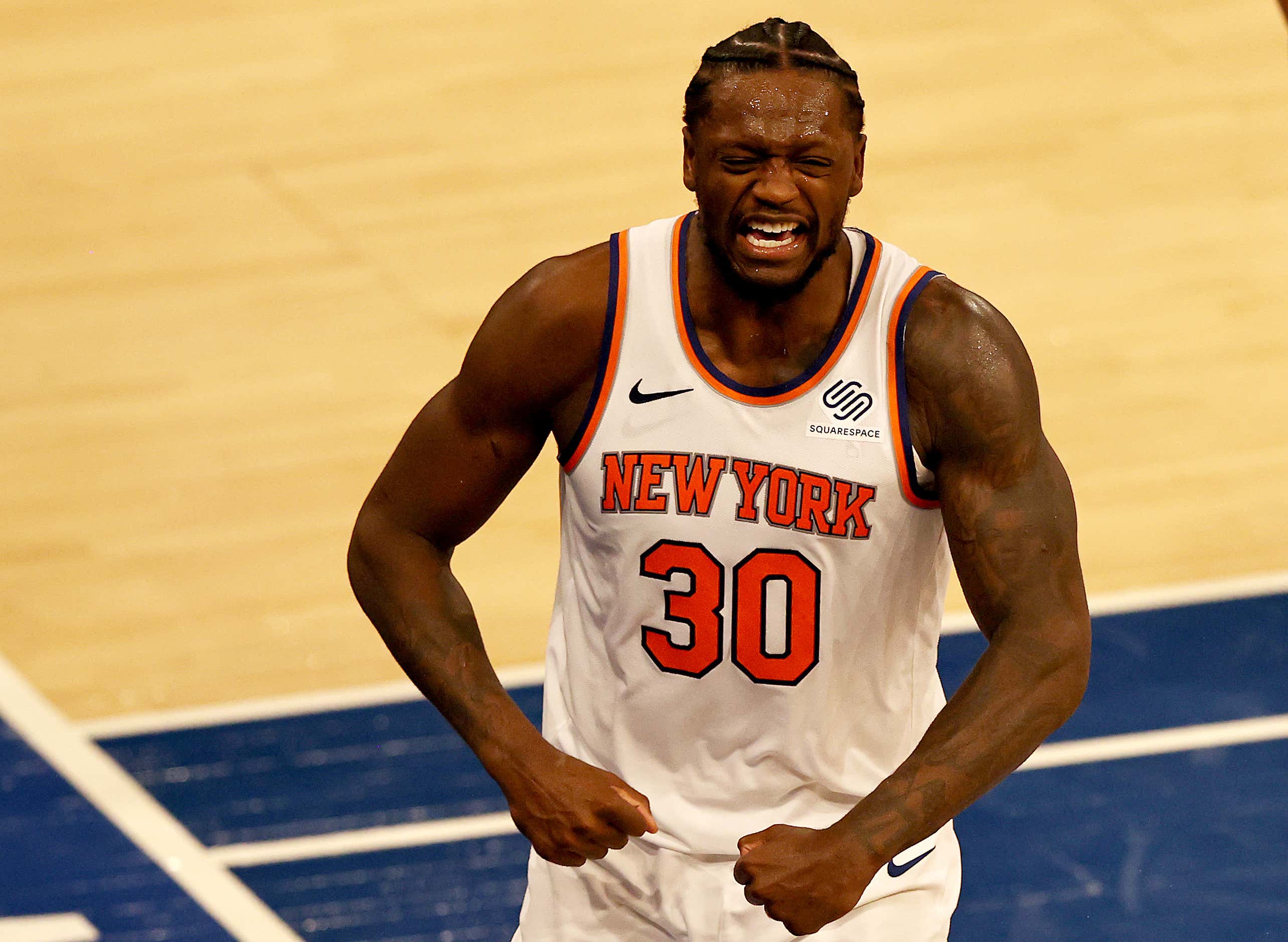 Last week, I blogged about how much of a bloodbath the All NBA Team decision is going to be. It's only been 5 days, but that debate has become even tougher. You could make the case for a lot of guys for those 15 spots. Then I started thinking of the league's individual awards and the same is true there as well. We only really hear about the MVP race, but in my mind that's probably the one individual award that isn't really up for debate.

So I figured what better way to start the week than to argue about regular season individual awards? Sounds like fun to me. I'll do this by giving my personal pick, the contenders, and then my reasoning.

I've blogged about this a whole bunch already so we don't need to waste much time here. To this point, Jokic is the clear MVP. It's OK, you don't need to try and force another narrative to try and take away from what he's done this year. They've won like 4 of 5 or some shit since Murray went down, and now they are going to have to deal with Will Barton missing a ton of time. Despite all that, they've managed to remain comfortably in 4th. He's the MVP.

Sixth Man Of The Year

Jordan Clarkson has pretty much been in the driver's seat for this award all season. He leads all primary second unit players in scoring, he's making 3.0 3PM a night, and he plays on the team with the best record in the league. I thought about also having Tim Hardaway Jr in the mix here as well, but he's started too many games for me personally. Just like with Jokic, this award is Clarkson's to lose, but I don't see that happening.

Much like MVP, you can't go a day without someone declaring themselves the DPOY. Not surprisingly, it's coming from the same team. The truth is this might be one of the toughest choices out of all the awards. Gobert has the advanced metrics, but also has his flaws. Guards seek that dude out in P&R. Then you have Simmons who shuts down pretty much every star player he faces. You really can't go wrong, I just have a problem not going with someone currently doing this

You can hate the Jazz, you can hate Jazz Twitter, but we also don't need to overthink this.

This isn't really fair because LaMelo was easily the choice here before getting hurt. But just like what we're seeing with MVP, availability matters. LaMelo has just 41 games played which is 20 fewer than Edwards, but also Anthony Edwards has been pretty damn good in his first year. He leads all rookies in scoring by a pretty wide margin, and since he was inserted as a starter he actually has bumped that up to 20 points on 42/33% splits with 2.5 3PM a night. He wins this for me sort of by default, and I don't think that changes even if LaMelo comes back for the last 10 games or so. You see what Edwards just did against the Jazz last night? 23/9/4/5 with 4 3PM. He's playing at a great level right now and has been for a while.

This one is hard for me, because it all depends on what you feel is most important. In previous years, we've seen guys win this award who one year didn't really put up that great of production take a big leap the next season. That's basically what happened with Lu Dort, who is probably who I would put second here. Guy went from 6.8 points per game shooting 29% from deep last year to 14.0 points on 34.6% shooting from deep with 2.1 3PM a night. Add in he gives the Thunder elite defense and in a normal year, he'd probably be my pick.

But there is also something to be said about a guy taking the jump from being "good" to All Star/All NBA level, and that is what Julius Randle has done. Add in the fact that it's looking more and more like he is going to carry the Knicks to a top 4 seed, I just don't know how you could go anywhere else. Even if his box scores are sometimes in line with what we've seen in previous seasons, there is NO DENYING the jump he has made this season. The fact that there are some out there that can legitimately make the case he should get MVP votes pretty much wraps up MIP for me. Nobody, and I mean nobody was talking about Randle that way before the season started, and most importantly what he is doing this season is coming on a consistent basis. Dort might have had the biggest leap of improvement, but Randle made the harder jump, if that makes any sense.

For pretty much the entire season, my vote was Monty Williams. Just take one look at the Suns and what they've done this season and I don't think that's too hot of a take. Even with them having Chris Paul, what Monty Williams has done since the bubble has been insane. The 8-0 run was nice, and I think most people thought they'd be a playoff contender this season, but within striking distance of the best record in the NBA? I don't think so, but that's the reality.

However, just like with Randle, there is no denying what Thibs is doing with the Knicks. A top 4 seed, the internal improvement of their young guys, and the fact that he took the 23rd ranked defense last year and turned it into the 4th best defense this year is pretty fucking nuts. His team plays hard every single night, they have the #1 clutch time defense in the league with the 3rd best clutch time net rating, it has to be Thibs in my opinion.

Executive Of The Year

For some, Sean Marks might be the favorite because look at what he was able to build in BKN. Yes, Kyrie/KD chose then and then Harden wanted to join the ride, but you also have to build a roster and have the flexibility in order to make that happen. I just think what Morey has done in PHI is more impressive. From the Doc hire, to the trade for shooters, to most importantly finally finding a way to tap into Joel Embiid, his first year in Philly has been pretty fucking good. Now there are question marks that will ultimately be decided in the playoffs, just like with Marks. Should he have traded for Harden? Is not trading for Lowry but bringing in George Hill good enough?

But from where they entered the year to now fighting for a top spot in the East and getting this version of Embiid, Morey is my choice.

So those are my choices