MGK shared a video of him getting the ink. "Alright, if anybody liked my neck, it's gonna look a little different," he told the camera. The musician has another design on his lower neck, which reads, "Ticket to my Downfall." The ink is in honor of his fifth studio album of the same name, released in 2020.

A slit throat? Really? That's what you're going with to celebrate your new album? What about the album art? What about the release date? What about literally anything other than a paper cut going down your adam's apple. Look at this disaster... 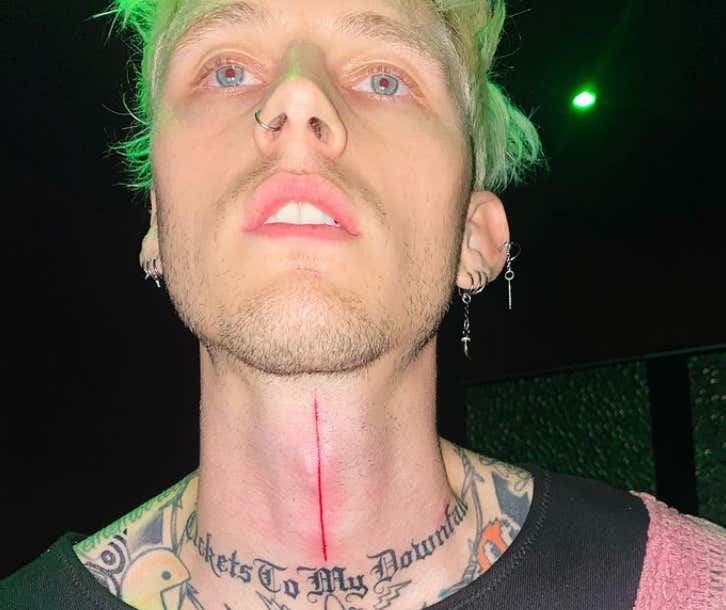 Puke puke puke puke puke. I guess it doesn't matter because he's got so many but still, it's a bold move. That said, if there's one person who could pull off a slit throat tattoo it's Machine Gun Kelly. He and Pete Davidson are textbook examples of skinny guys with tattoos working. I'd also let both of them run me over with their car but that's a story for another time. The good news is, MGK has 77 tattoos so if you're as grossed out as I am, chances are the tattoo will be covered up soon. Oh well. His body not mine, I just wish he would've consulted me first. Now here's a flashback to the better, more pure, MGK. Enjoy…