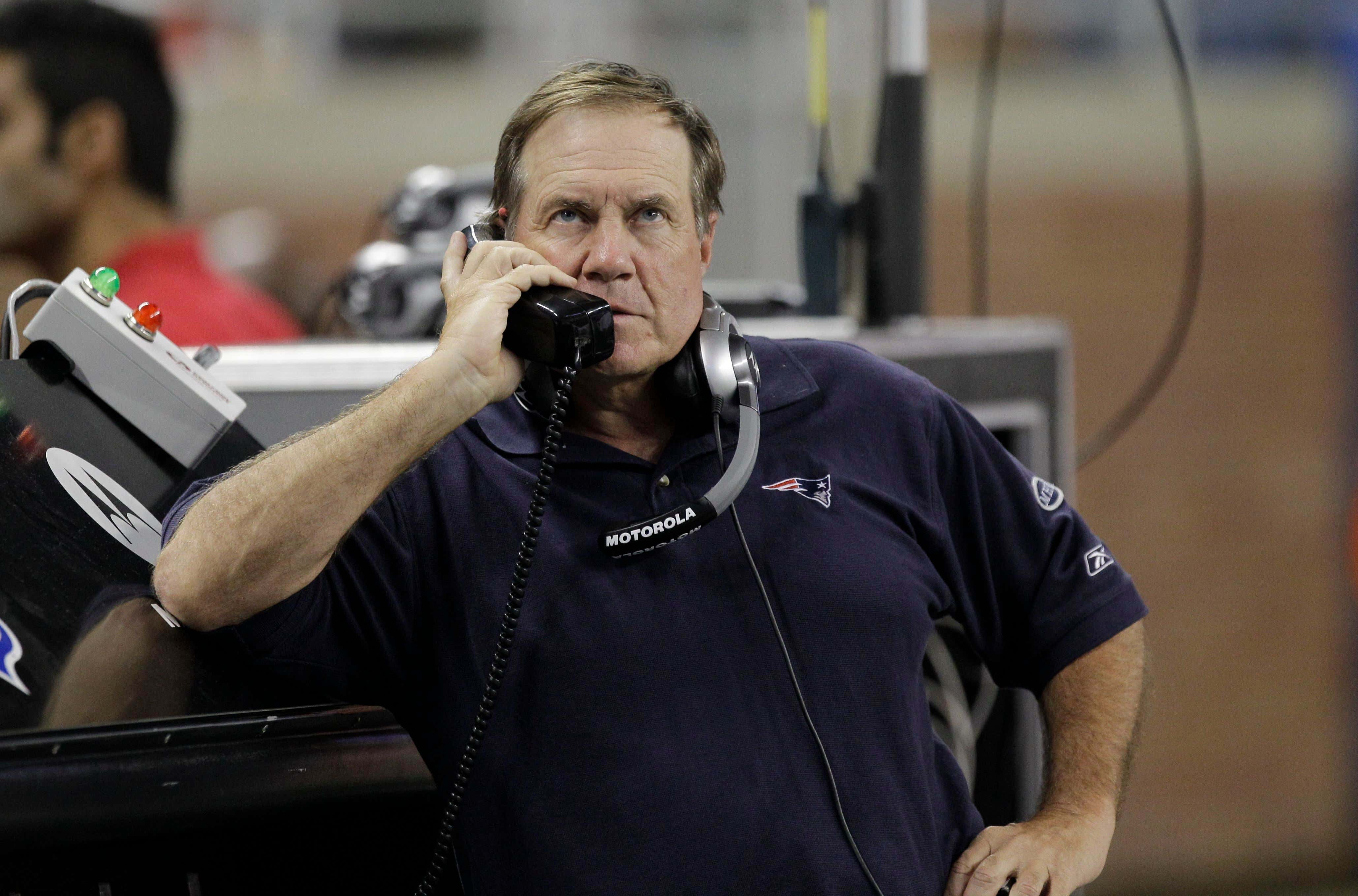 You'll have to excuse me for being off the grid last week. Like seemingly every other Masshole, I spent the Commonwealth's school vacation week in Arizona. Unlike most of them, I was out doing manly, adventurous things in rugged territory not for the feint of heart.

And unlike virtually no one else, I spent the entire time checking to make sure the Patriots weren't making any major moves I'd have to respond to. Even if it meant blogging from some knife's edge trail along some canyon wall while fighting off rattlesnakes, scorpions and Patchouli-scented hippies.

Fortunately, the team cooperated. Bill Belichick's schedule seemed to match up with mine. While I was out communing with nature in God's country, he was getting presented the key to Annapolis, MD:

But now I'm back and ready to get to work. And so, by the sounds of things, is GM Bill. According to NFL insiders all over the place, he's been working the phones to make a move so bold, the shockwave could cause an extinction level event.

This would be a trade that rocks the NFL, but I don't think it's too crazy. The Patriots don't envision having a pick as high as they currently do (15th) anytime soon, and this is their year to make a big move if they're ever going to get their blue-chip QB to develop. Fields was a highly recruited player who performed on the biggest of stages. This year's first- and second-rounder (No. 46) plus next year's first and third could be enough for New England to get Atlanta to move back 11 spots.

If this were to happen, it would the boldest move in Belichickian history. By far. By an order of magnitude. An entire offseason of aggressive moves would be dwarfed by it. And it would be completely out of character. Even a lesser trade than Schrager's, say the one that Pelissero mentioned, a deal with Detroit to get to No. 7, would be unprecedented. Like I said on this topic a while back, in his 21 drafts in New England, GM Bill has made a move in the 1st round 14 times, and only four of those trades were up. And the only time the Pats moved higher than to No. 21 was when they went from 14 to 13 to get Ty Warren. If they were to pull the trigger on a deal like these, it would crack the foundations of the Earth. It would be NFL Ragnarok.

I'm willing to allow for the fact this could just be GM Bill doing his due diligence and gauging the market. Or maybe this is all subterfuge to sucker other, lesser GMs into making bad moves (like 2008 when we were hearing these same rumors that he was looking to move up ahead of the Jets to get Vernon Gholston, who turned out to be a 100 megaton bust). And yet, I can totally see this happening.

By practically all accounts now, the Niners are prepared to take my QB draftcrush Mac Jones at No. 3. Most mocks have both Carolina and Denver going quarterback with the 8th and 9th picks, despite having Sam Darnold and Drew Lock, respectively. Even if one or both of them don't, someone is likely to move into the top 10 for a quarterback. And the only way for the Patriots to be sure to get one of the big five is to make a move. The kind that requires a lot of draft capital combined with cast iron testicles. And Belichick has both.

According to the old Jimmy Johnson Draft Trade Value Chart, a move up to Detroit's 7th pick could be done with just the Pats 2nd rounder. Belichick himself has said everyone pretty much uses the same chart and “in general, the trades over the last several years for the most part have been, let’s call them within 5 to 10 percent, pretty equitable trades." But San Francisco pretty much blew up that market by spending two 1sts and a 3rd to move from 12th to 3rd. So I have no doubt any call to the Lions would have to begin with offering next year's 1st rounder, just to keep them from hanging up like you're selling a timeshare. But when you've invested so much into rebuilding your roster and the only missing piece is a franchise quarterback - which kind of matters - and you think Justin Fields is that guy, you pay that price every day of the week and twice on Draft Thursday.

After all, this is the only franchise in NFL history to lose two 1st round picks. And those were over a camera not being in the designated camera area and a cold night making the footballs squishy. That didn't stop the winning, so why would not having next year's in exchange for their QB for the next 20 year's slow them down any?

Obviously I'm hoping that by some miracle the guy they target someone makes it through the first 14 picks and costs nothing. But I'd love a move up just to see the reaction around the league. GMs and owners in 31 other draft rooms watching the ripples in their coffee cups like when the T-Rex approached in "Jurassic Park." The world being put on notice that the kidding around is over and 7-9 is never going to happen again. To echo what Mel Kiper said, at this point, I'd be surprised if it doesn't happen.