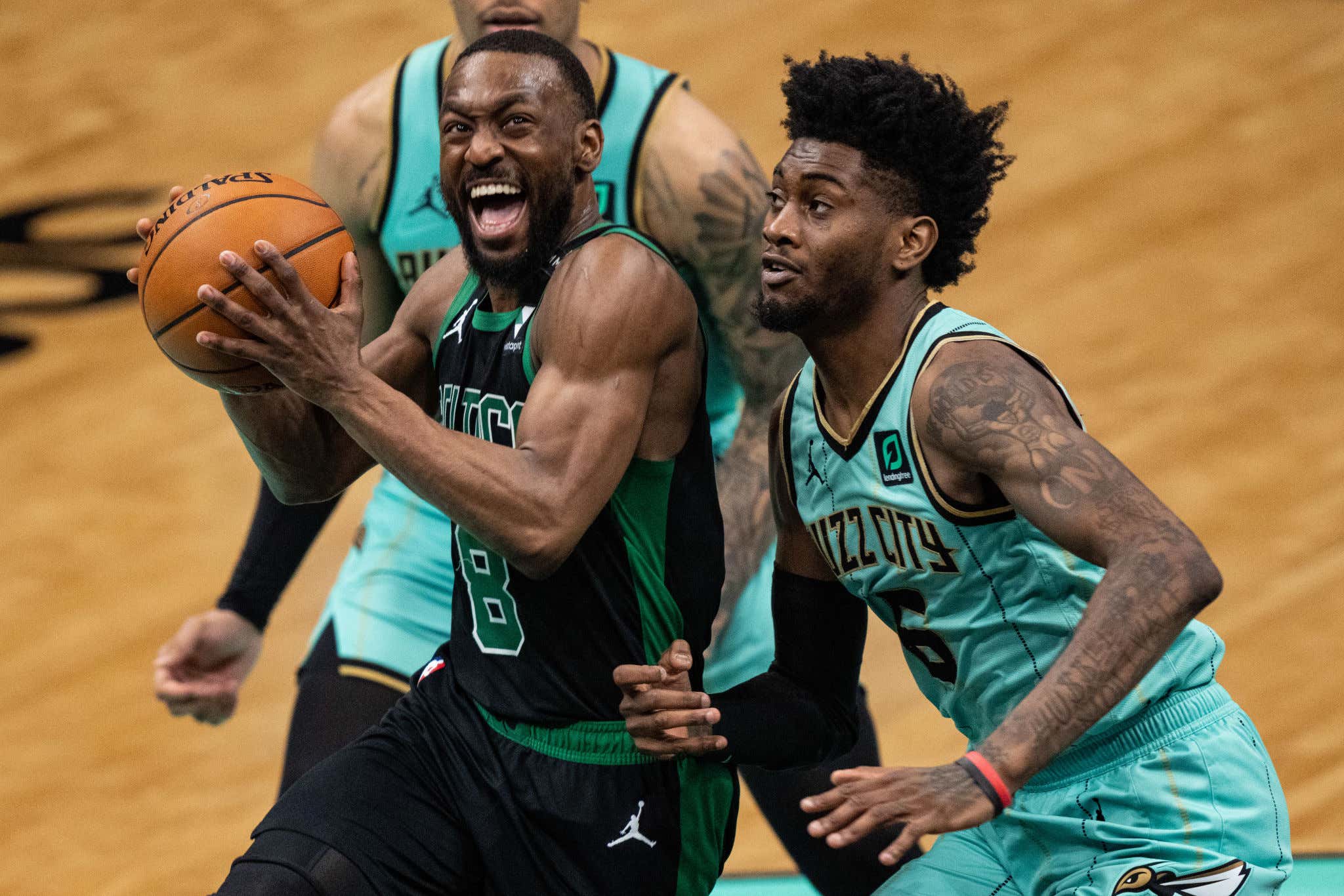 The Celtics are running out of time. They have 11 games left in their season, each more important than the last, and yet here they are getting blown out by a team they just previously beat by 30 points. This is now the third loss in four games, the second of which is absolutely inexcusable. After playing so well for about a month, they are undoing all the work and progress they made in a blink of an eye. Now 2 full games back of the Hawks, and it's really more though when you consider they own the tiebreaker. A full 2 games back of the Knicks for the 4 seed, who just so happens to be the hottest team in the NBA and winners of 9 straight. Their small cushion over someone like the Heat who is in 7th is now gone, and they play the Bulls today.

You want to talk about guys being out? Well, that's not really the case yesterday. Sure Rob missed the game and he's an important piece, but come on, we have to tell the truth. The Celtics had more than enough talent on the floor to beat the goddamn Charlotte Hornets. But they laid an egg. They once again did not come ready to play, got punched in the mouth right from the start, and never recovered. Dropping these "winnable" games at this stage of the season is beyond frustrating. And look, it might not be fair, but this is the part of the season when I expect their best players to carry them over the finish line. Set the tone, be the example of how this team needs to play and the rest will follow. For the most part, that was not the case.

It's shit like yesterday that has them in this position in the first place. It's why they can't really afford to give Tatum the rest day he really needs at the moment. You drop these types of games at this point in the season, you deserve to be in the play in game. You can't rely on other teams around you losing, mostly because they are not losing at the moment. You have to actually perform and execute on the court, and the annoying part is we know they can do it! We've seen it! So in a game when you have nearly everyone back and you're playing an inferior opponent, these are the games you have to win.

But like they have all season long, the Celts refuse to make things easy on themselves. So fucking frustrating, but here we are.

- If you want to talk big picture, the good news is Kemba looks like the Kemba this team will need in a playoff series

He's been really solid for a while now, on both ends. His quickness is great, he's starting to get to the line more and finish at the rim which is nice, and I'll take 20/6/4 as a 3rd option guy. Plus, he was the only Celtics starter to not turn the ball over yesterday which is something I will always appreciate.

At the same time, his 7-17 (3-9) wasn't exactly what I would call "ideal", but as we know the biggest thing when it comes to Kemba is his health, and that's looking just fine as we head into the Spring. He's the ultimate wild card for this team and he's been exactly what you could want for the past two weeks

I, like many of you, am frustrated at this team right now, but we shouldn't overlook this point. For this team to have any chance of a potentially deep playoff run, they need this version of Kemba. This is why you hold firm on his B2B plan the rest of the way. His health is more important than anything and it's working.

- That's it. That's all I got for the rest of this section. How pathetic.

- Safe to say early Sunday games are the kryptonite of this team. They have yet to show up for one all season. It's actually remarkable. They've now lost to the Knicks (by 30), the Wizards (well before they went on this run), the Pelicans (blew a 24 point lead), and now the Hornets. I simply cannot understand how they continue to be unable to play in these early games. I'm sure there will be some that yell "BRAD ISN'T MOTIVATING HIS PLAYERS!!!!", but what are we talking about? The best players on this team can't be ready to play at this stage of the season in basically must win games after dropping 2 of their last 3 unless Brad motivates them? Everyone always talks about holding people accountable, well then don't let the players off the hook. Shit like this

is exactly what I'm talking about. They come out asleep. They make lazy, careless passes and turn the ball over in inexcusable fashion. And these are the best players on the team. It was very clear right from the opening jump that the Hornets were motivated after getting waxed by 30 in the previous meeting. At no point did we see this Celtics team even attempt to match their energy outside of that little mini Marcus Smart run, but even that had issues.

- It's no surprise that in a game in which we saw the Celtics turn it over 8 times in the first 1.5 quarters that they once again fell behind early. The largest Celtics lead was 2-0. The Hornets took the lead at 11:05 in the first quarter, and the Celts never tied it again. First, it was the lack of perimeter defense in the first quarter that saw them get down by 15. Then, once they got to the second quarter it was another 6 TOs and lack of defense that saw the lead balloon to 19. How many times did we see a Hornets player with a clear path to the rim? Defensive breakdowns all over the place, guys getting confidence from outside because they are taking wide open three after wide open three, careless turnovers after careless turnovers in another very important game. It's basically the same old story whenever we see this team lay an egg.

- The biggest reason for the Celts turnaround and why they looked so much better over the last month is because they finally started defending. My question is….where was that? The Hornets finished with 50/48% splits, making 21 3PM. Of their 43 3PA, only 26 of them were contested. In fact, only 45 of all their 93 FGA were contested. Whether it was Devonte Graham (6 3PM), Terry (5 3PM), PJ Washington (4 3PM), or Bridges (4 3PM), it didn't really matter. That tells me that everyone on this Celtics roster had trouble defending the perimeter.

- You know it's a bad sign when Brad Wanamaker outscores everyone on your second unit. Pritchard finished with 2 points in his 15 minutes, Fournier had 0 points in his 19 minutes, and if not for three Grant 3's, it would have looked even worse. To be honest, Fournier is really the only one that still gets a pass while he works his way back from Covid, but at the same time, he needs to give this team something if he's going to play that much. He's now 0-10 in his first two games back.

The issue with this is when we have a game in which both Jays are struggling offensively, this team cannot afford to get jack shit from their main second unit players.

- But this game isn't on the second unit in my opinion. It's on the starters. Outside of Terry (who still had 21/11), no other Hornet starter shot under 50% from the floor. Four of the five had at least 4 3PM. The starters did not show up on the defensive end at any point in this game. Just pick a name

Literally, every single one of them was bad defensively. That shit adds up. That's the frustrating part for me. The best players on this team were active, and they were pretty bad on both ends throughout the entiregame.

- You see, their issues did not just live on the defensive end. For a team that watched itself win games through ball movement, we watched a game yesterday in which they finished with just 18 assists on 34 FGM. A stellar 18:13 assist to turnover ratio. No player with more than 4 assists. When the ball doesn't move, this offense stinks. We should know this by now.

- Where else could you put the Jays. This was a rough one for them both, but especially Jayson Tatum. No two ways about it, he's in a little bit of a rut right now

It's not exactly rocket science when you say that if Tatum doesn't show up, this team has a hard time winning, but that's the truth. Another game in which he nearly had more TOs than FGM, I don't think it's a surprise to see the Celts have lost 3 of 4 during this stretch. He could probably use a day off, but the reality of their season is that he can't. The TOs are what's really concerning. 20 TOs in 4 games is just way too many for a player that has his type of usage. A lot of those are coming in the fourth quarter too, which is another issue.

So when Tatum doesn't bring it defensively and can't stop turning it over/missing shots offensively, this team is cooked.

With Jaylen, he was aggressive which was nice, but he also had a bunch of turnovers and finished the game 8-22. Combined the Jays were 14-38 (2-12) with 8 TOs and a -48. This team will only go as far as those two carry them, and when they both don't show up in the same game, you get a result like we saw yesterday.

- Pretty huge sequence at the end of the third quarter with the Celts finally showing signs of life. They have possession in a 9 point game with 6 seconds left, then this happens

I don't care if you think the official missed a call, you can't expect that call to be made. There was plenty of time to actually try something real. Instead, you turn it over and complain to the official while Bridges hits the prayer three. Just like that, all the momentum shifted. Now instead of being down maybe 6 or 7, it's 12. You then back that up with a fourth quarter performance that looked like this

That my friends, is gross. Maybe one of the worst quarters offensively we've ever seen this team have this season, and that's saying something.

With OKC tomorrow and then these same Hornets again on Wednesday, we already know Kemba won't be playing in that game. This team is getting very close to kissing that potential 4/5 spot goodbye because of performances like yesterday. It's not about injuries, it's not about any of that shit. Even at nearly full strength with all their main guys, they can't seem to stop having these lapses. That's on them. That's on the best players on this team. That's on Brad. Keep playing like this, and they'll have no one but themselves to blame when they find themselves in the play in. Clean it the fuck up.