We are now 5 episodes into "The Mighty Ducks: Game Changers". And if you couldn't tell by now, I've been trying my best to give this show a fair chance. Don't get me wrong--I knew the show was going to be terrible heading into it. But I figured it would be one of those "so bad it's actually good" type of things. And up until this point I think that would be a decently accurate review of the show.

But then this shit happened. The 'Don't Bothers' were down 4-0 to the Hawks (who have a new color scheme and are now the 2nd worst team in the league). Then Evan Morrow, who is the new Charlie Conway, went sicko mode and scored 4 straight goals to tie it up. In the dying moments of regulation, the Don't Bothers had a chance to win their first game ever. And that's when they broke out...the Double Helix.

What in the actual fuck did I just watch? That play SUCKED. It's slow developing. It basically comes to a crawl through the neutral zone. The only reason this play works is because the Hawks are nothing but a collection of the dumbest kids on planet Earth. Like what is this little idiot doing trailing the play this far behind? 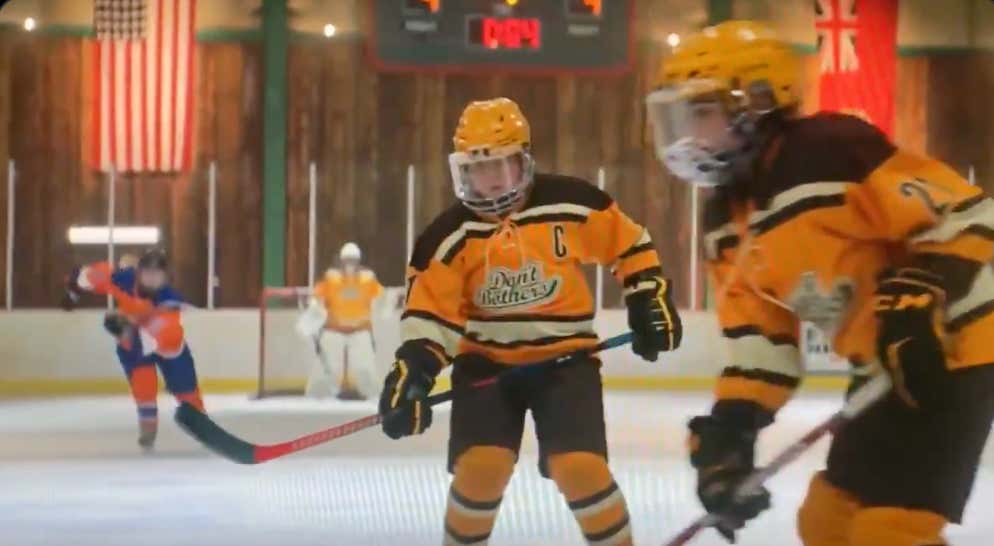 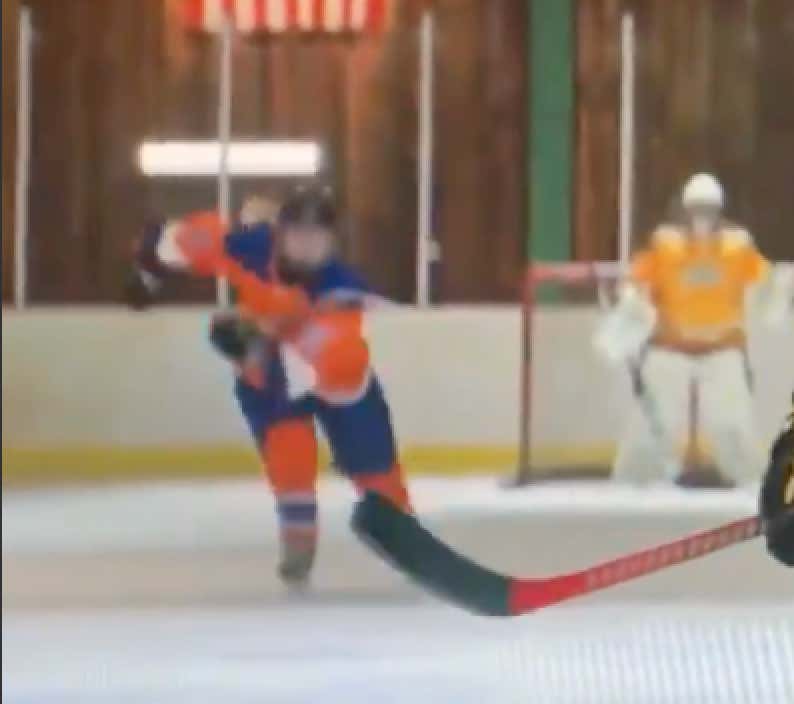 The faceoff was in the neutral zone. Sure, they won the draw backwards but never once did the Don't Bothers go below the top of their own circle. How did that girl get trapped that far into the zone? I'd cut her from the team immediately after the game.

This play doesn't have a damn thing on the Flying V and it makes me sick to my stomach that there will be a new generation of Mighty Ducks fans who think that the "Double Helix" is even worthy of being mentioned in the same sentence as the V. Sick. To. My. Stomach.

As for the rest of this episode? Well this was the first one of the series so far that I actually considered turning off. There was a whole side story about TikTok, Bombay is turning into a simp for Evan's mom, and the Double Helix really pissed me off. Overall I give this episode a 0.5 Balls rating. The only thing that has me ready to come back for episode 6 is I'm pretty sure that's when we'll see the return of some of the old Ducks. Hopefully they can teach these twerps a thing or two about how to sauce up a set play that doesn't suck ass.