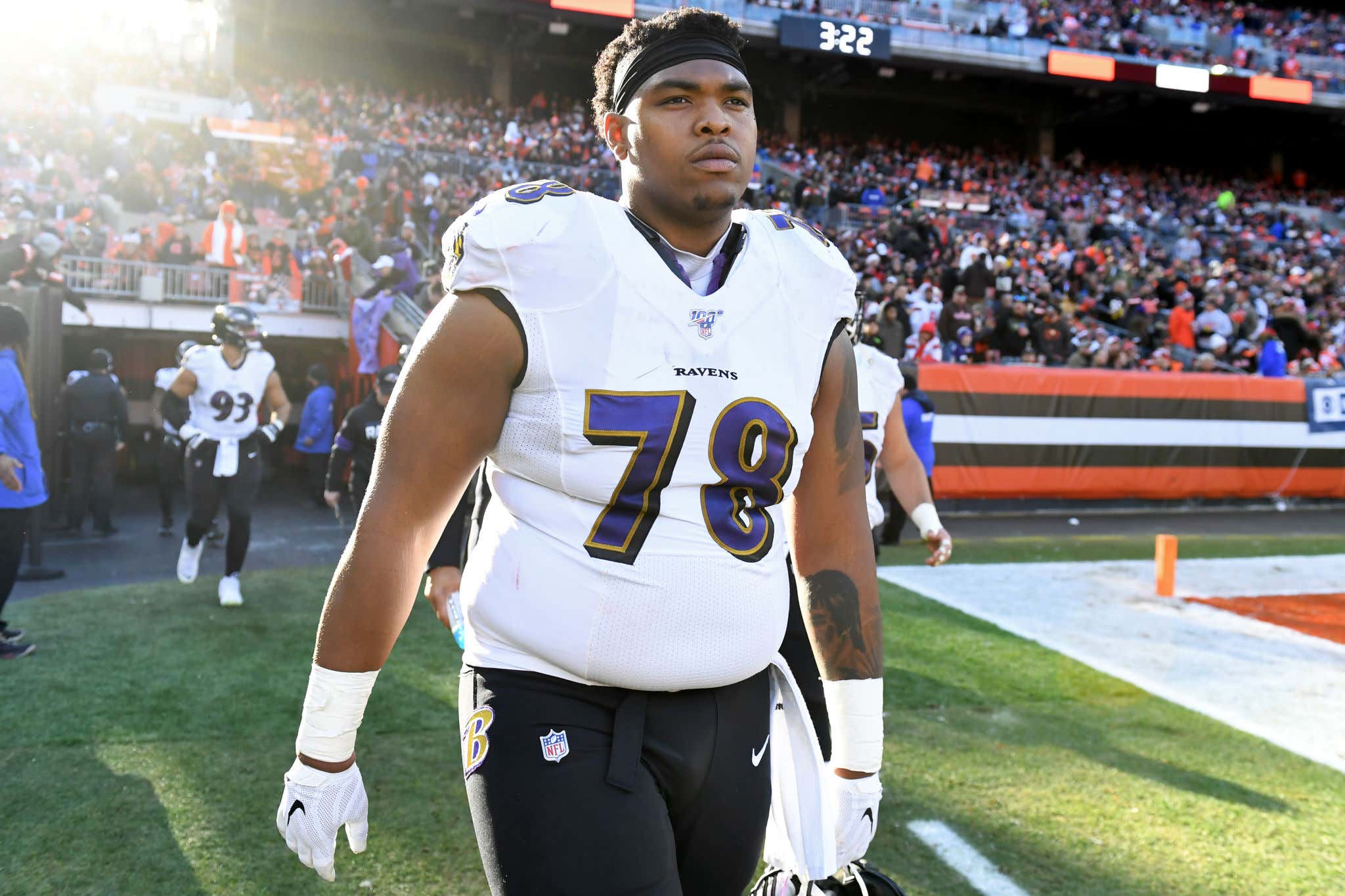 Whoa now! Big time trade late on the Friday afternoon before draft week. After stud left tackle Ronnie Stanley went down with a season-ending injury, Orlando Brown Jr. stepped up in a big way to switch from the right side over to the blind side and did a tremendous job. That left him in a position of leverage to demand a trade to play the position he's always wanted, and now he's going to get that opportunity.

It's been a bit of a dark cloud hanging over Baltimore for the last couple of months. OBJ wanted to follow in his father's footsteps and be the top dog on an NFL offensive line. That was his goal coming into this league and you can't fault him for seeing an opportunity to do it and demanding it. I personally think it would have made a lot more sense for him to wait a year, play the right tackle position in 2021, and hit free agency for a payday at left tackle at the position of his choosing.

He demanded his trade and it looked for a while as if it might not happen. Ravens wanted a first-rounder, and rightfully so. Guy's a helluva player and made us a better football team at RT in a period where we're competing for championships. The Chiefs are a team that's been decimated by cuts and free agent departures on the offensive line and were desperate for a left tackle after Patrick Mahomes was ambushed repeatedly in the Super Bowl.

They folded and finally met the Ravens price. I cannot stand that OBJ is going to a team we're directly competing against in the AFC for many years to come, but it's hard to argue that the haul was not worth pulling the trigger on. They get their first rounder for a guy they picked late in the 3rd round a few years ago, and they get a handful of other picks too. I'll say it time and time again. Eric DeCosta and the Baltimore Ravens with additional picks is bad news for the league.

The right tackle (along with center) position is now a major focal point for the Ravens in this draft and the free agent period that follows. They already had veteran tackle Alejandro Villaneuva in for a visit yesterday and I would almost expect for him to sign after May 3rd when his signing won't affect the compensatory pick formula. He may be the starter at RT or at LT if Ronnie Stanley's recovery is slower than anticipated. Add another tackle in the first 3 rounds of the draft next week and I think we're set up well for 2021 and for many more years to come. The alternative was sitting on our hands, having a displeased right tackle for the year, and watching him walk after next season. All things considered, despite helping the enemy, this is a good outcome given the situation.

In Eric DeCosta We Trust.