That's neither hear nor there though. Watch the fight in its entirety and you'll notice that the Detroit Tigers are a bunch of cheap shot LOSERS. I counted at least a dozen sucker punches to the back of Sox players heads while they weren't looking. Nut up, assholes. It's called "squaring up" for a reason. You look the other man in his eye and you turn his face into a catcher's mitt. It's as simple as that. You don't throw a haymaker at the back of his dome.

But as good as this fight is, it's nowhere CLOSE to as good as the fights you'll see tonight for Rough n Rowdy. We got 20 fights (including a midget fight), a ring girl contest, NO HEADGEAR, and Shizzat the Rizzat coming back to defend his crown:

Oh and we also have all of this shit, if watching Shizzat the Rizzat wasn't convincing enough for you: 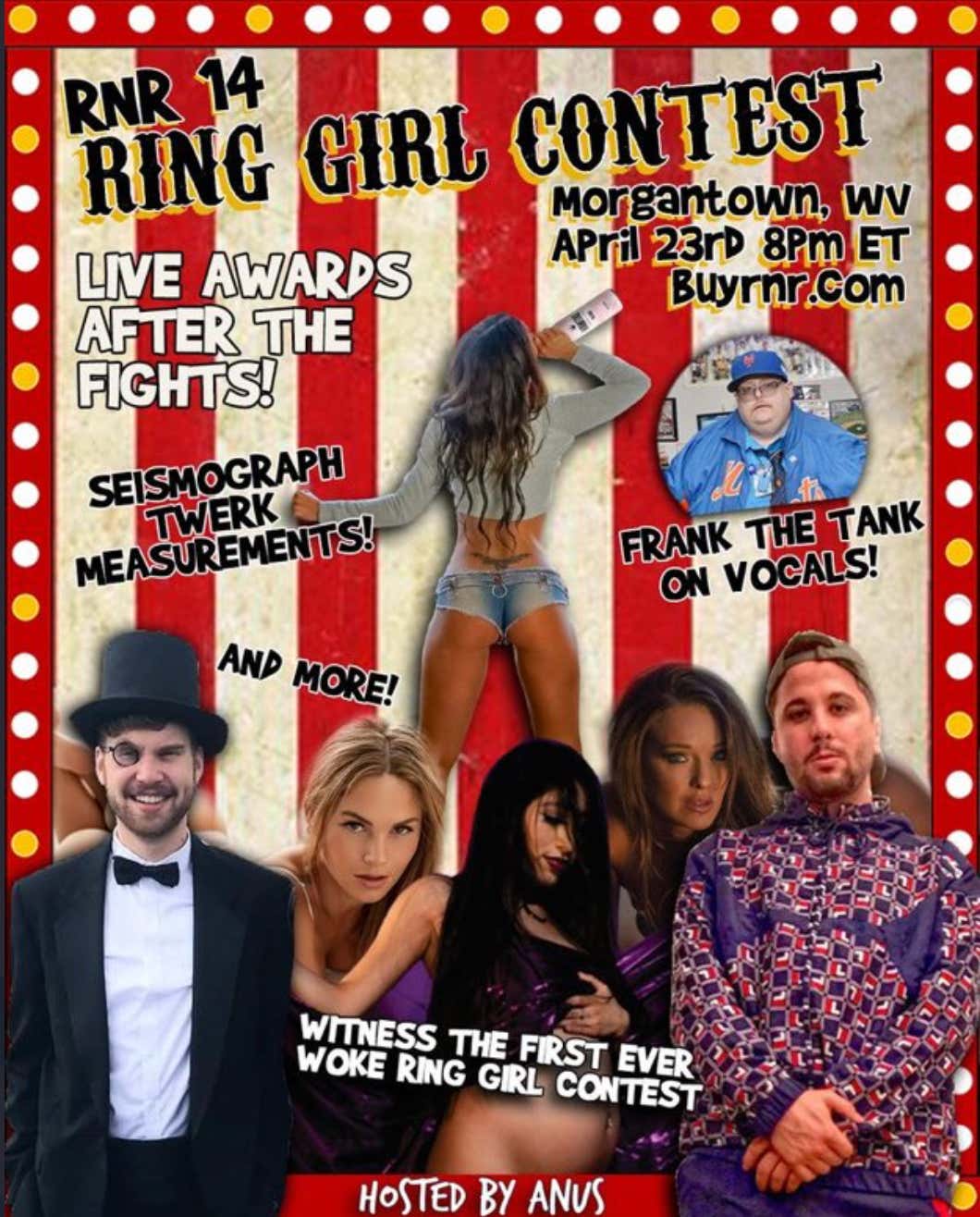 What else do you have to do? We're in the middle of a deadly pandemic that turns everyone into flesh eating zombies with a mortality rate of like 99%, so stay inside, mask up, pound some Miller Lite, and buy Rough n Rowdy, you perverted cock suckers.