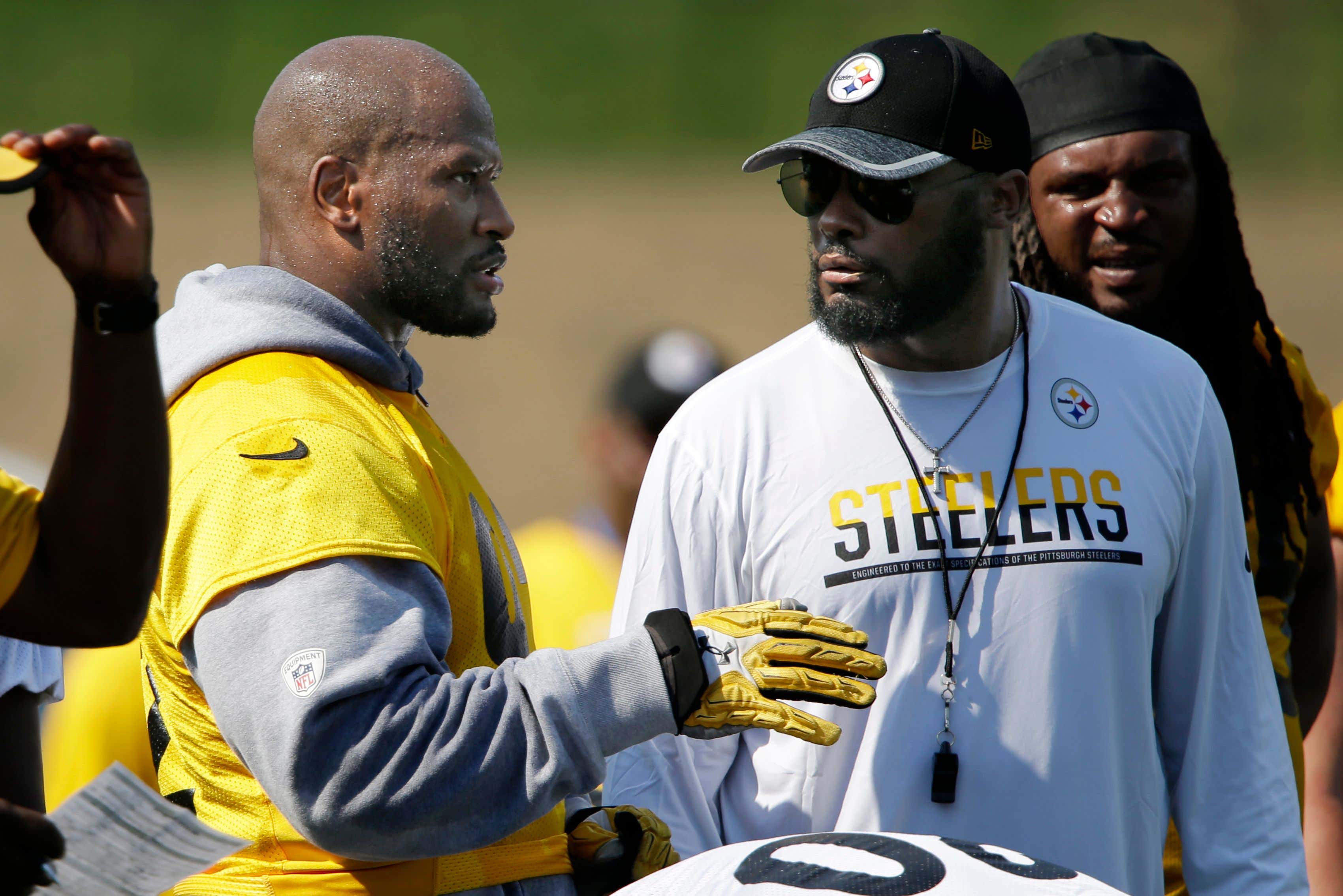 Pressure: The weight or force that is produced when something presses or pushes against something else.

2007 the pressure was on, my rookie season is in the rear, the great Bill Cowher is hanging up his whistle after 15 seasons in the NFL. He retires the second coach in Steelers' history. He will go down as one of the most iconic head coaches in the NFL. Being named the starting the right tackle for Pittsburgh next year wasn't just a dream for me, it was a matter of life or death.  I’m starving, my ribs are showing, I can remember watching guys purchase new cars, buying jewelry just because they were in a bad mood, some guys would make big purchases as a pick-me-up. My teammates were doing commercials,  some didn't deserve a 30 second spot on the six-clock news. But who am I to pass judgment? I haven't done shit,  these guys just won a super bowl in 2005. Have you ever watched fame and money make people feel righteous and untouchable? It’s gross. However, I'm still on my Bronx shit. Anybody can get it. And I didn't give a fuck. I would shank somebody in the showers if it meant I could run out that tunnel on opening day. I've always started, Willie doesn’t sit the bench, I would consistently say that to myself every time I was hang cleaning, running, or watching the tape. The last two games of my rookie year in 2006 I started against the Ravens and Bengals. The preparation, anxiety, the blood lust mentality I brought to the field, all those emotions made me feel alive, it gave me purpose.

Mike Tomlin joined the team in 2007 with a young face and keen smile, he reminded me of the type of dudes my dad would stop and speak to in Harlem.  Those guys were smart, they moved fast, they had a bop to them. You need info ,they had it, if you need a name, they knew it, if you wanted something done, they can do. His energy was very familiar to me. He vibrated through the building. You could tell he understood this job differently. See, all eyes were on him, the pressure from the outside world was a small task to overcome. Being a Black head coach is one thing. But donned the first Black head coach for the historic Pittsburgh Steelers, well that’s called weight, my friends. Have you ever seen "New Jack City" starring Wesley Snipes? You remember when Nino Brown walks out of the courtroom a free man and stands in front of cameras and reporters and says “ Some things are bigger than Nino Brown.”

See, before him getting the nod to become the third head coach in steeler history, many assumed the torch would be passed on to Russ Grimm. Russ was Pittsburgh-born, one of the original Hogs from the Washington Redskins, Super Bowl Champion, and at the time our offensive line coach. Russ was a made man, O.G. Credentials, certified Boss. Once coach Cowher hung it up we all assumed it was going to be Russ Grimm. I can remember guys walking around the cafeteria saying wait till Russ gets in the chair, we about to run the table. Nobody’s fucking with us.

The locker room was shaken up about Russ not getting the nod. Honestly, most people couldn't understand why. It was supposed to be easy, magical as putting on the glass slipper on Cinderella's foot. It just fucking fit. We loved Russ and Russ knew football, Steeler football at that, there was a code, a non-verbal contract that every man agreed to if you were chosen to be a Steeler. And Russ was going to make sure you lived up to it. The city of Pittsburgh protected us and Russ was going to make damn sure we paid the city back with our blood come Sundays.

Credit Coach Tomlin. He took it all on, at the age of 36 he was coaching a Super Bowl caliber outfit. There were men in his locker room that were close to his age. We had Pro Bowlers, journeymen, young stars in the making, future Hall of Famers, ownership who chose him over so many. When spring training came around I wasn't in the business of having friends, in fact I became distant with the old guys who looked after me my rookie year. I shied away from them, I wouldn’t even have beers with them after practice. I felt like Cowher knew who I was. But Cowher is gone, Russ Grimm left once he didn't get the nod, so I’m feeling it. I’m back to square one. Fuck it, I gotta eat.

I battled and scraped through spring training. Sure, I had my ups and downs, but I kept banging. Going into training camp I can remember Coach Tomlin walking up to me and saying, "I'm going to give you one shot, you know what to do." Hell, that was like hearing someone left a hot plate of mommas meatloaf with all the fixings on the table for me. The competition came down to me and Max Starks for the starting right tackle job. One bone, two dogs, let’s eat. And I did. The start of that 2007 season it was me running out that tunnel. Mike Tomlin went to William & Mary, I went to Hofstra, he understood the chip that was on my shoulder and I understood the chip that was on his.

After 15 seasons with the Pittsburgh Steelers, one Super Bowl championship under his belt, he’s the third longest-tenured head coach in the NFL. Mike Tomlin has 145-78-1 (.650) regular-season record, good for 12th in the NFL history.

It hasn't been all roses. It's valid to say he hasn't had a losing season IN 14 seasons but he’s been under fire after consistently crumbling in December. Early exits from the playoffs, not being able to win a 'chip with the killer bees (Antonio Brown, Levon Bell, and Big Ben Roethlisberger) and he hasn't been to a Super Bowl since 2010.

Great coaches are intuitive, they play chess when others are playing checkers. They're hard but fair. Mike Tomlin knows how to work a locker room. He can motivate, persuade, and bully any situation if necessary. From his quick-to-talk, stern delivery you know what his intentions are from the moment he walks in the door. He's a businessman, and he's in the business of winning football games.

I will always be in debt to him. When I was on injured reserve he kept me around the team and my head in the game, my spirit alive, some ball coaches don't want you in the building or even around the team once you get hurt. He made me a leader even when I wasn't able to be in the trenches with my teammates.

Cheers to Mike Tomlin. The Pittsburgh Steelers got it right again. His three-year extension was earned, not given. I thank him for being everything we need him to be more.