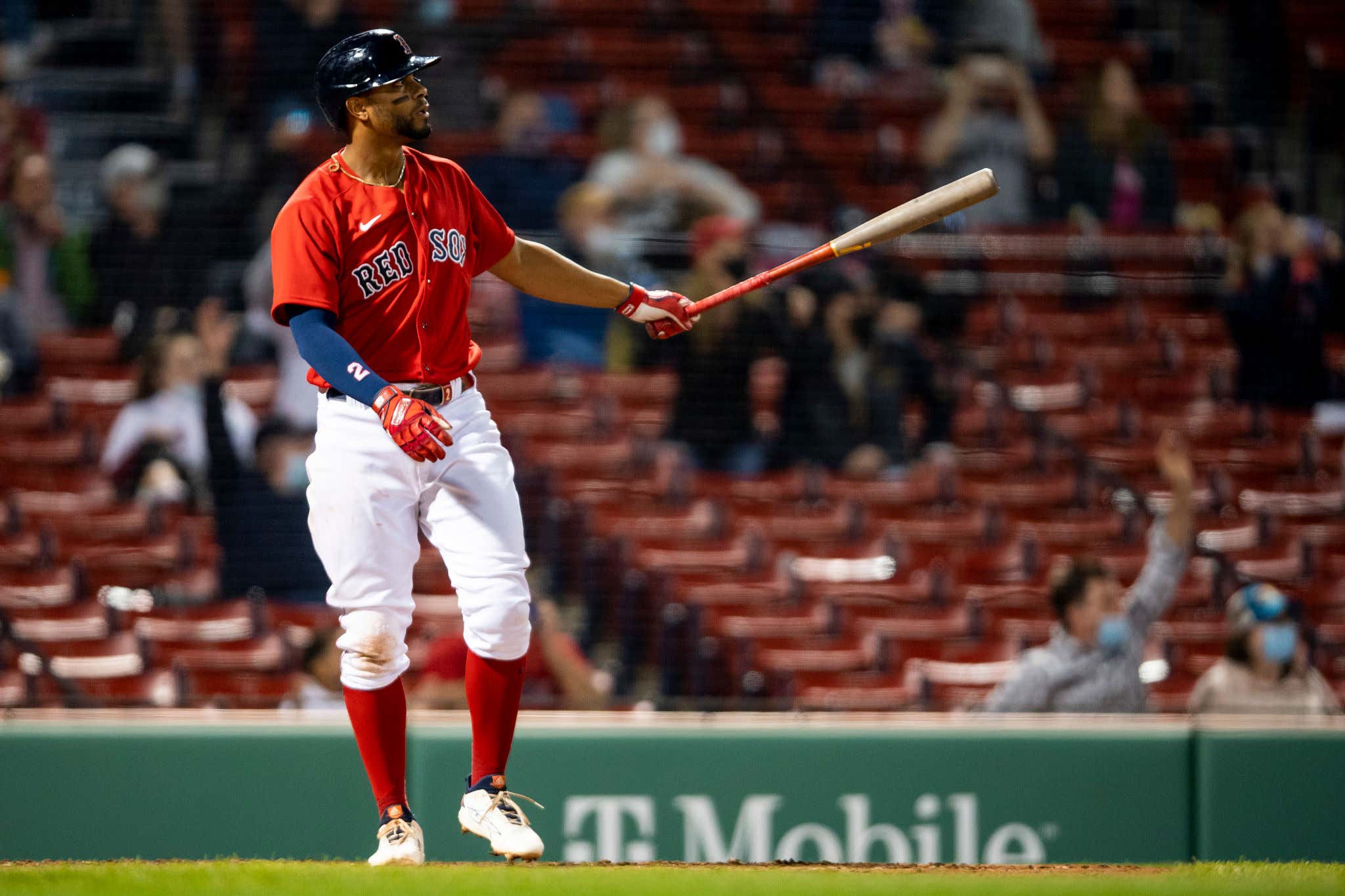 The Boston Red Sox are a good baseball team.

I'm confident in saying that now because, as Alex Cora put it, they are a "well balanced" baseball team. When the Seattle Mariners tied the Red Sox for the best record in the American League on Monday, I saw some people saying, "See! That's why the Red Sox aren't for real yet. Look at the Mariners!" A team like the Mariners got off to a hot start and can level off, so the Red Sox will too, right? I suppose that's half true. Teams can get off to hot starts and cool off over the course of a 162-game season. Completely fair, and that will likely be the case with Seattle.

The way the Red Sox have been playing is sustainable. They hit the Christ out of the ball, the rotation is solid, the bullpen is good and the defense is good. That's what Cora was talking about. They're a well balanced baseball team and that equals wins. A whole bunch of them. And they put another one in the win column on Tuesday night behind a strong pitching performance by Eduardo Rodriguez, his first start at Fenway Park since 2019.

The lefty went six-plus innings, getting the hook after serving up a homer to Randal Grichuk to lead off the seventh. Rodriguez had given up a moon bomb to Bo Bichette in the fourth, one of just three hits allowed on the night. When the book was closed, Rodriguez walked one, punched out six and allowed just the pair of earned runs on the two homers. Another encouraging sign was the radar gun, as Rodriguez was hitting 95-96 when he needed to reach back for some more juice.

While it's nice to see the Red Sox bang out double digit hits every single night and score a ton of runs, they're not always going to do that. They need to find other ways to win when they find themselves up against a really good starting pitcher like they did on Tuesday night when Hyun-jin Ryu got the ball. Sure, they lit up Lucas Giolito on Monday, but I wouldn't get used to the Red Sox tattooing elite starters, plus I think Giolito might've been tipping his pitches.

The Red Sox once again found themselves playing from behind in this one, but sometimes all it takes is one big, timely hit and that's exactly what they got from Xander Bogaerts in the fourth. Bogaerts hadn't homered all year, but still somehow managed to come into Tuesday night's game leading the team in batting average (.467) since the conclusion of the three-game sweep to start the year with the second highest OPS on the team (1.120) behind JD Martinez. He picked a great spot for his first homer of 2021, launching a three-run shot to give Boston a lead that they would not relinquish.

Speaking of guys looking for their first homer, Bobby Dalbec added to Boston's lead later in the inning by smoking an RBI triple, one of two hits on the night for the rookie. It's been a slow start statistically for Dalbec, but the numbers would tell you that he's been one of the unluckiest hitters in baseball so far this season. All that says to me is that once things start to fall his way, look the fuck out.

The bullpen was once again lights out for the Red Sox, as Matt Andriese continues to be the unsung hero of this Red Sox team. The right-hander came on in relief of Rodriguez in the seventh and retired all three batters that he faced. Andriese has now appeared in seven games for Boston and all but one of them have been scoreless. Adam Ottavino got the eighth and put up a scoreless frame, walking one. Then it was time for Matt Barnes, who has become a lockdown closer here in 2021. Before Nathan Eovaldi struck out 10 batters on Monday, Barnes was actually leading the team in strikeouts. As a reliever. He added another strikeout to his season total and recorded his third save of the season in the process.

It's a quick two-game series with Toronto so we'll get the finale on Wednesday in a matchup that will see Garrett Richards get the ball. After a shit first start, Richards has been solid. He's made two starts since, allowing two earned runs in ten innings with eight strikeouts and five walks. The walks have been a killer to his pitch count and his ability to get into the sixth inning and beyond. Opponents hit just .179 against Richards over those two starts. The Blue Jays haven't named a starter yet.