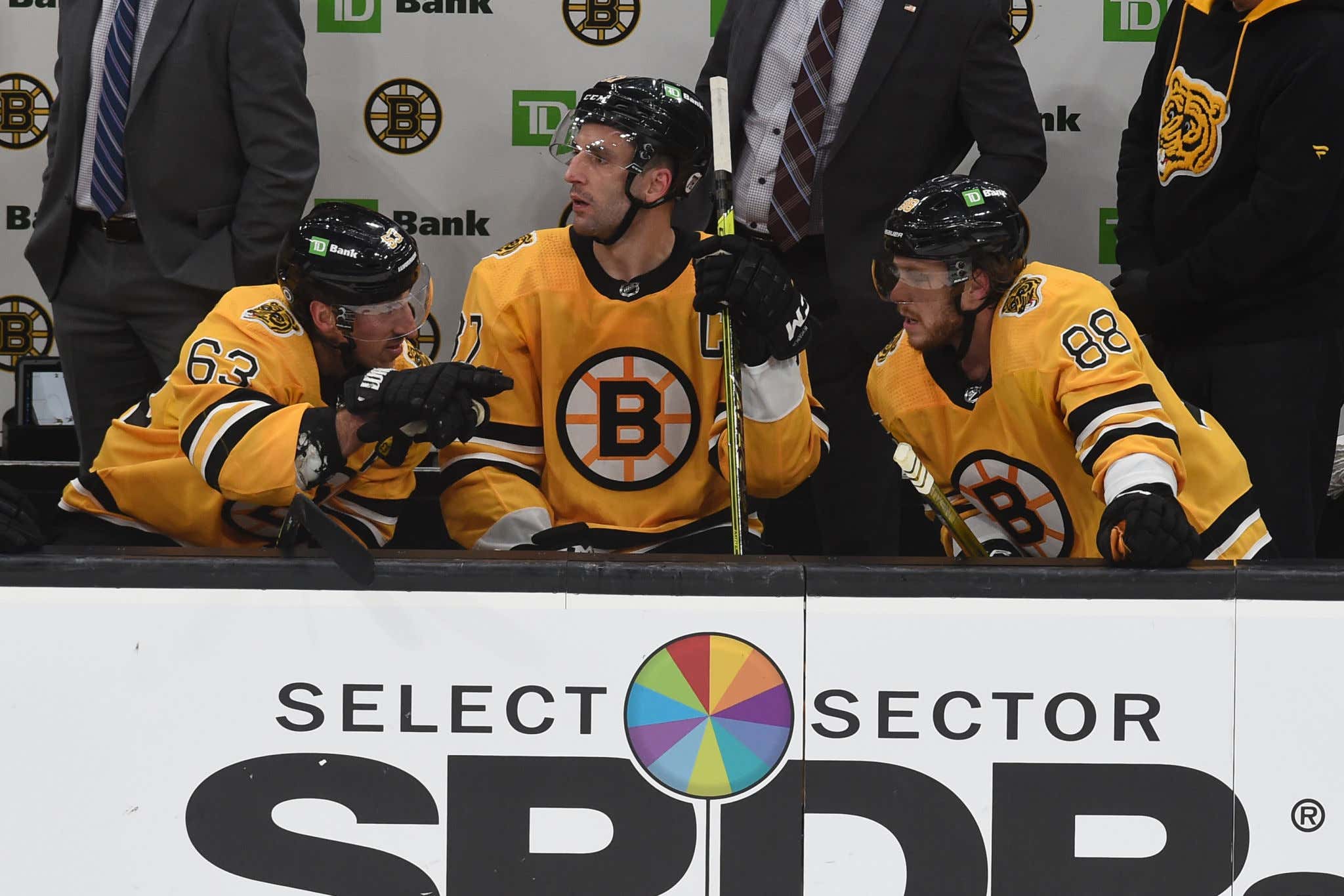 David Pastrnak appeared on today's episode of Spittin' Chiclets and did not disappoint… He told some wrestling stories, Lake Tahoe stories, the background of the Tom Wilson tweet and so much more. But one of my favorite anecdotes of the podcast obviously had to deal with Patrice Bergeron setting Brad Marchand and David Pastrnak straight on the bench…

“The funny thing is like me and Marchy… we bark at each other a lot during games… in a kind of funny way. We love each other but on the ice we kind of sometimes do a little barking at each other. And Bergy’s just sitting in the middle of us… I remember me and Marchy were just going at it… for like a good 30 seconds, going back and forth and then Bergy just goes like, "Enough!!!" … and it went absolutely silent. Silent. No other word was spoken until the next shift. It’s just unbelievable. So I’m so lucky to be his line mate and learn from him every day.”

Of course Bergy is like the Dad of the line just telling them enough and to knock it off… I love it. Pasta touched on Bergeron as a Captain:

"He’s one of these leaders that you just gotta be in the locker room to hear him man. As soon as he opens his mouth.. you know everything sounds perfect. It's not even his first language… You just have to be in the locker room. He’s an unbelievable leader. I’m so lucky to play on a line with him and learn from him."

If you're a B's fan it's a must listen podcast…

The top line is red hot. Hopefully we see a #ChicletsBump from 88 tonight in Buffalo.