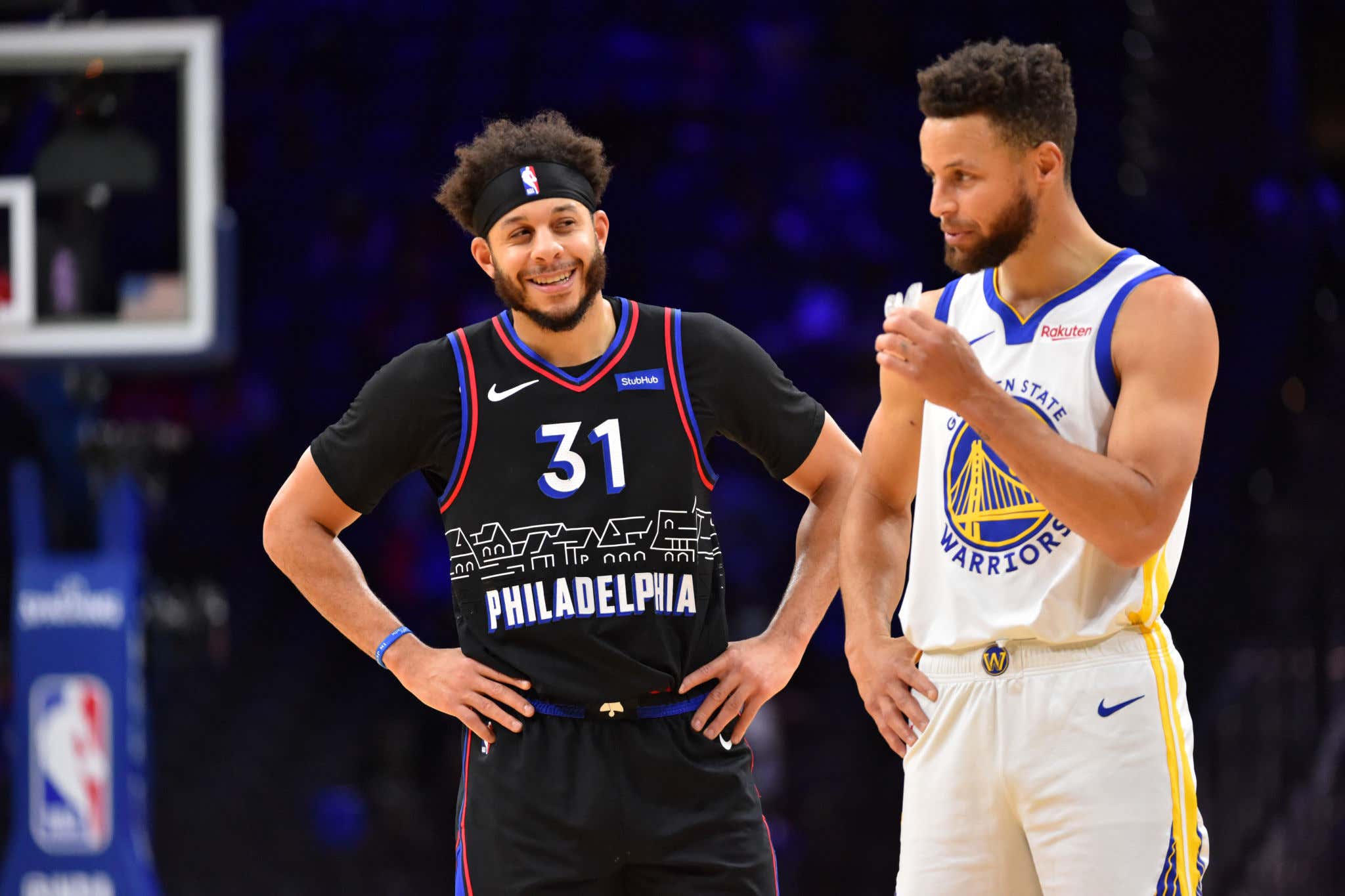 Steph Curry is currently on one of the hottest streaks we've ever seen. This sick bastard could have posted up in the Jetro lot and still splash at least several dozen 3's against the Sixers. It got to the point last night where Steph Curry went beyond just being a ridiculously talented basketball player, and it really started to seem like he was just trying to bully his little brother.

49 points off of 10 3's and on top of it all, in front of a nationally televised audience? Again, it just seems like Steph Curry wasn't just trying to be the best basketball player he could be last night. He was clearly trying to be the meanest older brother as well.

So if I'm Dell and Sonya Curry? I don't care how old my son is. I don't care how many rings he's won or how many times he's been named the NBA's Most Valuable Player. At the end of the day, Steph Curry is still their son and they can set the example out there for all the other parents in the world by grounding him for the rest of the season. You can't do your family members like that on national TV. You can't just walk into your brother's house, ransack the entire place and get the Wells Fargo Center chanting MVP while you're up at the free throw line.

At the very least he should have his phone taken away for 2 weeks, and he needs to apologize. Brothers don't drop 49 on each other. Brothers gotta hug.