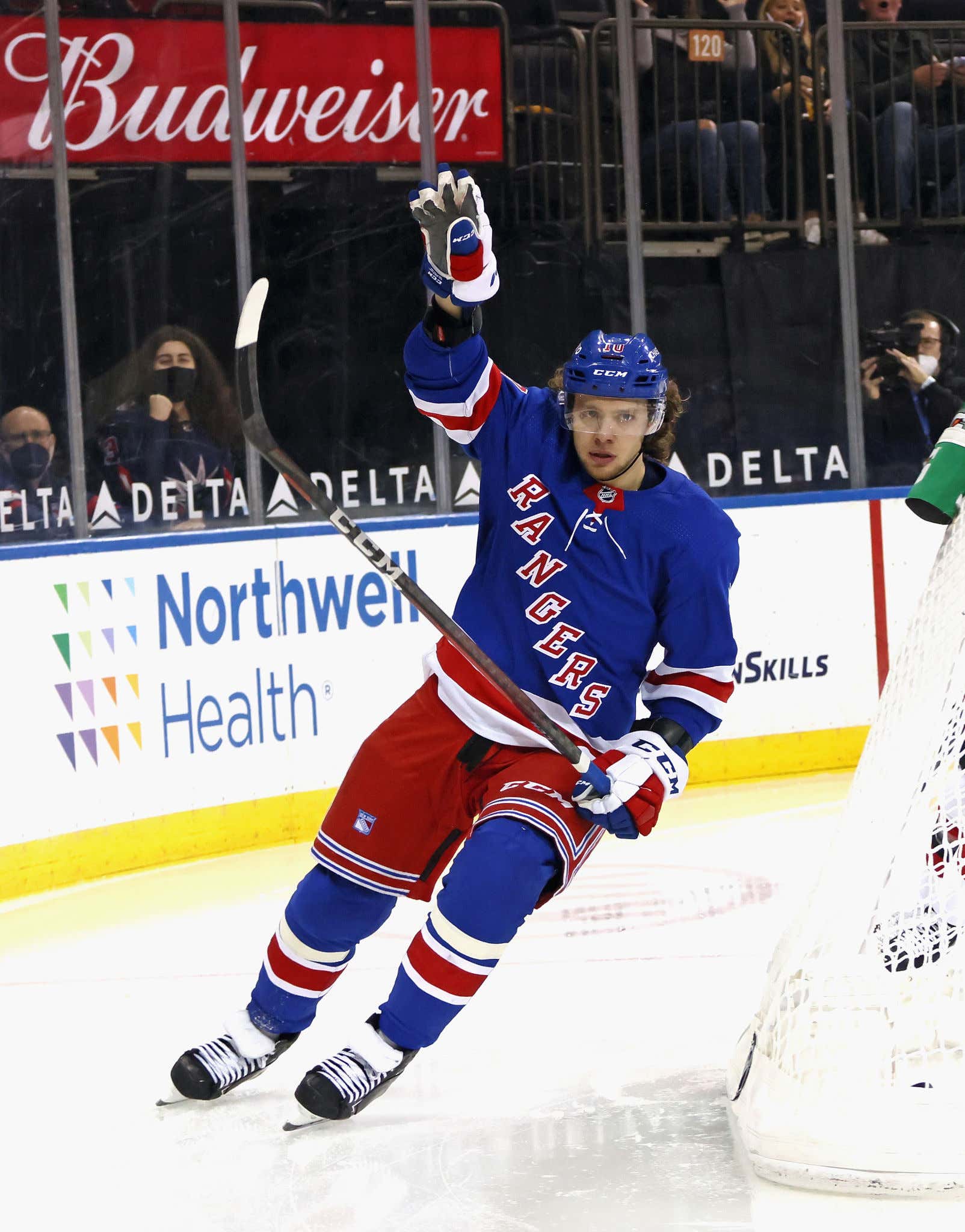 It's been almost two months to the day when Artemi Panarin skated for the last time before a bullshit smear campaign amid Panarin's anti-Putin social media voice forced him into a 9-game leave of absence. The Rangers sat 6-7-3 despite a 1-4-1 start, several injuries & a lifeless Mika Zibanejad while trailing a four-way tie for second in the division by just 4 points. Without their Hart candidate though the Blueshirts stumbled along with a 4-5 record while the Caps, Isles and Pens separated themselves as top teams in the league and essentially erased any realistic hopes to compete for a postseason invite.

But then the Breadman came back.

Since his return (20 games), only the unstoppable Avalanche have a better record & scored at a higher clip than the baby Blueshirts. Panarin has not only dominated in his own right but it's no coincidence the top-five points leaders over that stretch are littered with his teammates. Even Buchnevich is slumming it all the way down at #14.

It's been an incredible run, one that'd have them sitting pretty in playoff position anywhere else if not for their geographical location - but they're still not dead yet in the East. It'd be nice if any of the tilts that could help them would go their way, but the Rangers wouldn't have to worry about help as much if not for that dickhead Putin. NY peels off points at a .647 pace with Panarin in the lineup. That translates to about 4 more points over the 9-game stretch he missed which would be HUGE right now. They'd be knotted with the B's (who have two in hand), 3 behind PIT, 4 behind NYI & 6 (plus a game in hand) out of first place. A total free-for-all down the stretch that'd bode well for the hottest team in the division.

That's not the reality though. Reality is, if the Bruins finish the year at .500 then the Blueshirts need to go 8-2-1 to catch them and take down the regulation wins tiebreaker. That's a lofty goal for a team already on an 8-1-2 run - and with 7 of the next 9 for Boston against the Sabres and Devils before hosting NY for the Rangers' last two tilts on their schedule, asking the B's to go .500 or worse is a big ask. All NY can do is play equal to or better than them up until that season finale series at TD. Make those games matter and who knows what'll happen.

Some are saying fans should shift their focus on catching the Isles - but you're asking them to finish significantly under .500 (4-6-1) AND the Rangers to go 8-2-1. They're a squad that's in a slump, scoring more than a goal just twice in their last 7, yet have pulled out 4 wins thanks to a defensive structure that seldom takes a night off. These two rivals have three matchups left on the docket and the way the season series has gone, it's hard to imagine either team breaking out the brooms. There'd be nothing I'd want more than the Blueshirts to benefit from a colossal Fishsticks collapse, but if catching the Bruins is a pipe dream then catching the Isles might as well be borderline delusion.

We wouldn't be talking pipe dreams and delusions though if it weren't for that motherfucker Putin. Big pussy. Waaaaahhhh Artemi Panarin doesn't like me waaaaaaaahhhhh. His crybaby antics have most likely made the gap too big for the Rangers to close - but they're definitely making it interesting. I'll say this though. Yeah the MVP is all but sewn up for McJesus. If the Breadman leads his squad to an improbable playoff berth though it sure as shit isn't gonna be unanimous.

And Putin won't have to fight me at Rough 'n Rowdy for sabotaging the Rangers' season.