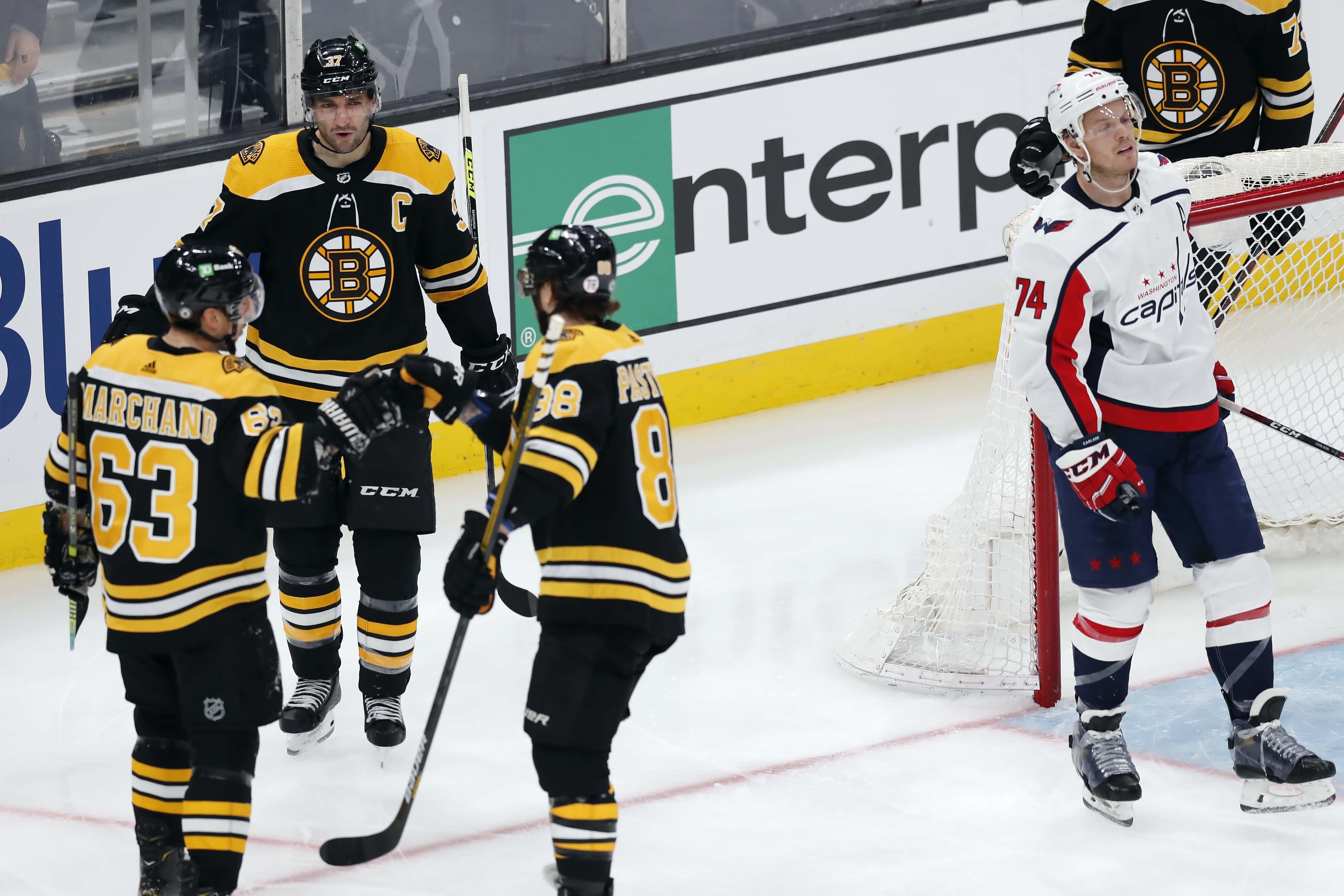 Uh ohhhhh the Boston Bruins are absolutely BUZZING after the trade deadline to the tune of 4 straight wins. Today's 6-3 victory coming against the Washington Capitals thanks to a four point day from Brad Marchand, 2 goals each for Patrice Bergeron and David Krejci and Tuukka Rask standing on his head.

Patrice Bergeron opened up the scoring shorthanded after a great forecheck from Brad Marchand. 1-0 Bruins.

David Krejci extended the lead later in the 1st off of a great feed from Connor Clifton. Wide open in the back door. 2-0 Bruins.

With 9.9 seconds left in the 1st TJ Oshie finished a rebound from Nickals Backstrom to cut the lead to 1. McAvoy's gonna want that one to be deleted from the internet.

With Connor Clifton in the box for 4 minutes (high sticking Sheary, Sheary should've got 2 for crosschecking before), TJ Oshie tied the game on the PP. 2-2.

Capitals scored another on the power play after Oshie's tying goal. Anthony Mantha. 3-2 Capitals. Mantha now has 4 goals in 4 games since being traded to the Caps.

Brad Marchand tied things up shortly after with his 22nd of the season. 3-3.

David Krejci added his second of the day to regain the lead for the Bruins. My goodness what patience. 4-3 Bruins.

Wilson with a hard hit on Kuraly in the 3rd, as much as I fucking hate Wilson I think Kuraly was just in a tough spot, falling down. Tinordi got a penalty for roughing which was bullshit though. Kuraly would return shortly after.

After the Bruins PK, Jarred Tinordi was boarded by Garnet Hathaway… no call… Tinordi was bleeding and would head to the room. Officials reviewed the play and gave Hathaway the major and game misconduct.

- Jakub Zboril was out tonight with an illness, Jarred Tinordi slid in. Matt Grzelcyk was out but will travel with the team to Buffalo this week. Great news.

- David Krejci extended his point streak to four games with 2 tucks today. Adding Taylor Hall has done WONDERS for this team and this line, Hall has 3 points in 4 games since coming to Boston with an assist tonight… Craig Smith (2A) continues his tear… 18 points in his last 16 games with the secondary assist on Krejci's goal in the 1st. But man great to see Krejci come alive these last few games.

- Two (2) four minute penalties on Clifton today. Refs not doing him any favors but you cannot give the 2nd best PP team in the league 8 minutes and not expect them to do some damage. The Capitals made their push early in the 2nd but credit to the Bruins for sticking with it.

- Midway through the game Cassidy changed up his bottom six to DeBrusk - Coyle - Wagner and Kuraly - Lazar - Ritchie to try and get some guys going. Cassidy moved DeBrusk to the left with Coyle, had some chances today, hit a crossbar but man him and Coyle are just so close to breaking through on the scoresheet.

- Bruins continue to have some PP woes. 0/3 today.

- Much much better game from Jeremy Lauzon today.

- Tuukka Rask was outstanding this afternoon, made 30 saves in his second start since returning due to injury. Capitals had a million high scoring chances.. including 4 breakaway opportunities but Rask stoned them. Stool tall especially in the 3rd when things started to unravel. Nice to see him back healthy.

A look at the standings… 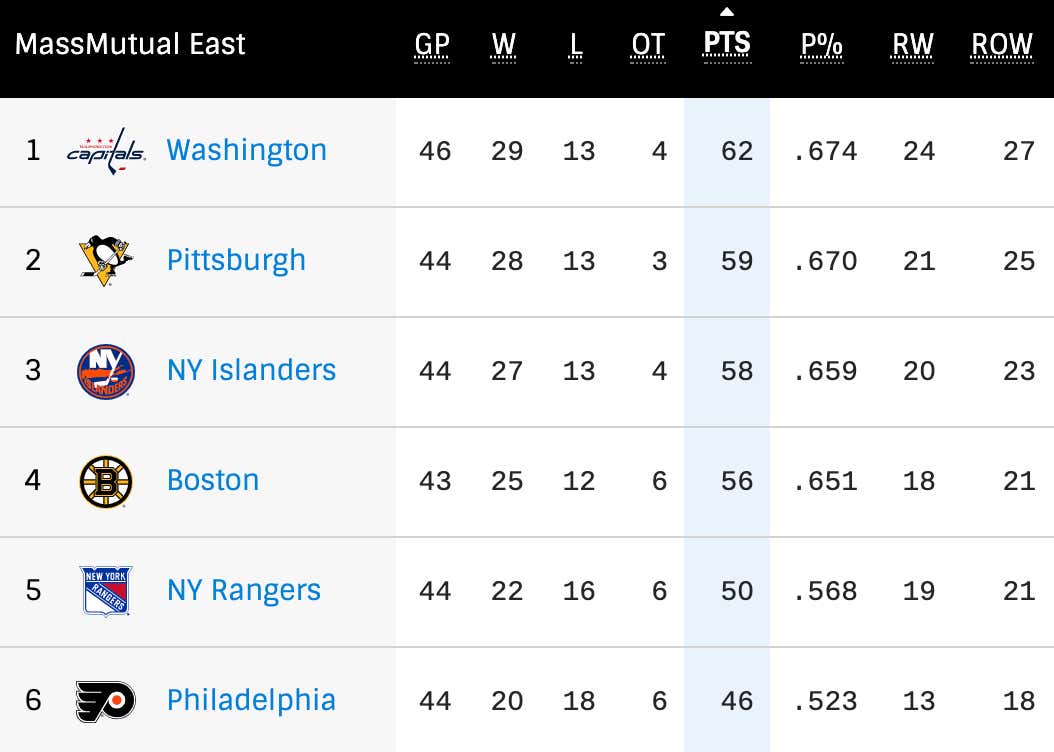 B's back at it on Tuesday night as they head to Buffalo to play three straight against the Sabres.