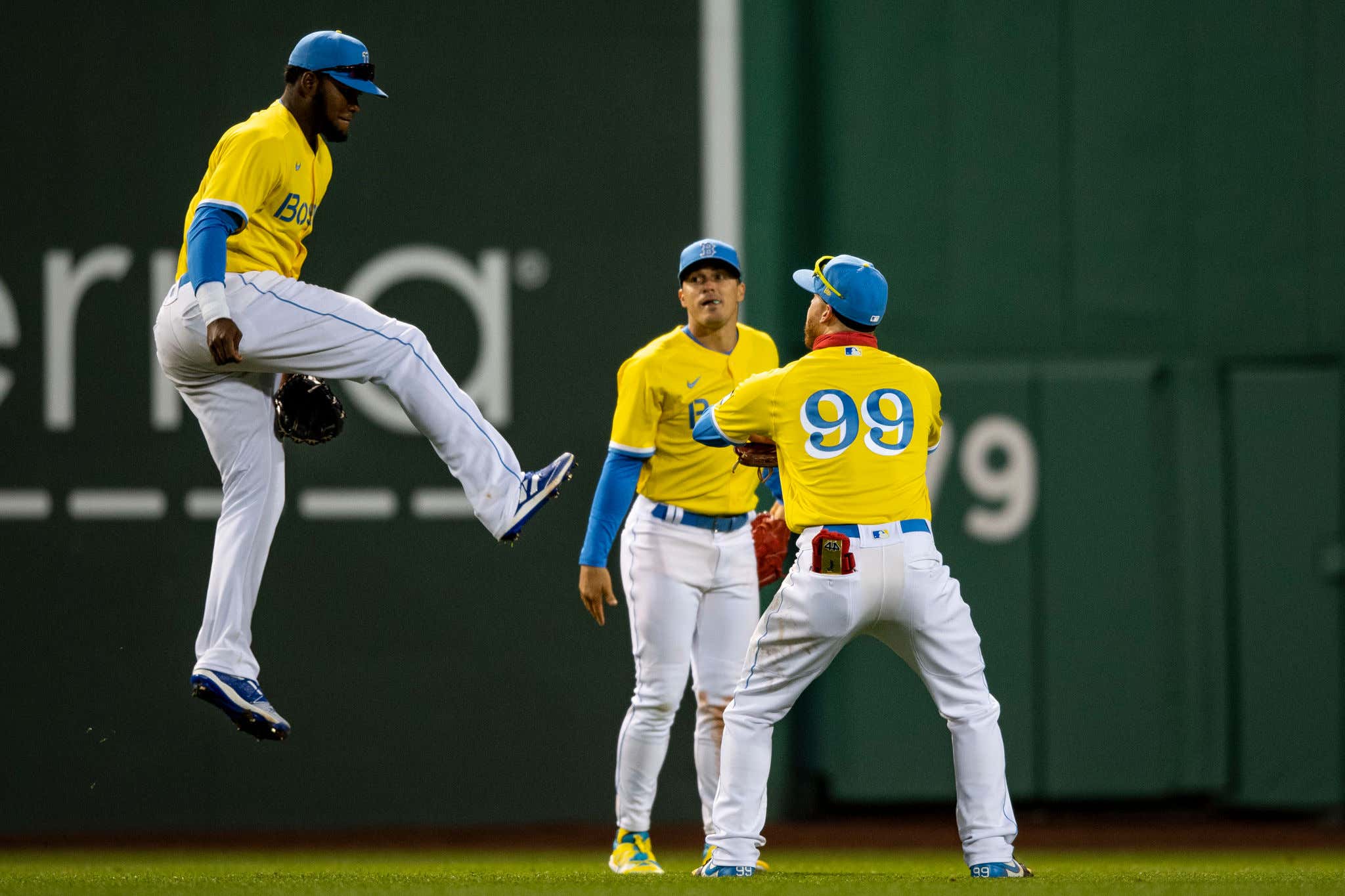 Are you convinced that the Red Sox are good yet?

First American League team to ten wins, and they had to come from behind once again to do it. Not a problem. For the first time since coming over from the Phillies, Nick Pivetta was not particularly sharp. He walked two batters in the first inning and they would both eventually come around to score to put Boston in an 2-0 hole. Pivetta was out of the game before he could finish the fourth, only allowed the pair of first-inning runs but walked four compared to three strikeouts. This was to be expected, yeah? We were going to have some hiccups along the way with these Red Sox starters? All we're asking for is to give the team a chance to win more often than not. That's all we're asking for, and I don't think it's an unreasonable ask, especially with Pivetta and the stuff he has.

A couple of sac flies in the third inning would tie this one up before Kiké Hernandez put the Red Sox out in front with one of his four hits on the day. Xander Bogaerts also sprayed four hits and knocked in a couple. Kiké's sixth inning RBI knock made it 3-2, good guys. Former Red Sox farmhand Yoan Moncada tied it back up with a sac fly in the seventh, and then Marwin Gonzalez actually did something.

Don't get me wrong; I'm not down on Marwin, although he hadn't contributed much until that 8th inning go-ahead bomb. To be honest, I don't really know what my expectations for him were, but they weren't high. He hasn't hit the ball hard much to start the year, but I'm fine with it if he's gonna wait for game-winning scenarios to launch his homers. By all means, Marwin. Pick your spots, playboy.

Shout out to the Red Sox bullpen for picking up the slack in the series opener, needing to get the final 16 outs in this one. Pivetta had retired the first two in the fourth, but Josh Taylor got the call to finish off Adam Eaton, which he did after a seven-pitch battle. It wasn't the sexiest offseason addition, but Matt Andriese ate three innings out of the bullpen in this one, allowing an unearned run. He's appeared in six game so far, logged nine and two thirds innings with nine strikeouts and has a tidy 1.86 ERA. Adam Ottavino rebounded after allowing the walk-off blooper to the Twins on Thursday by punching out the side in a perfect eighth. His slider is a real motherfucker. Thanks, Yankees. And then Matt Barnes proved to be human by allowing an earnie in the ninth, but it was a non-save situation so fuck it.

I mean, shit. I don't remember many folks talking about the Red Sox bullpen before the season started, but uh. It's been pretty damn good. Since the start of their nine-game winning streak on April 5, the Red Sox bullpen has the fifth best ERA in baseball (2.81). And if you wanna boil it down to just the core bullpen guys, Garrett Whitlock, Matt Barnes, Hirokazu Sawamura, Matt Andriese, and Darwinzon Hernandez have combined for a 1.24 ERA, 1.05 WHIP, and 44 strikeouts in 36.1 innings. I fully expect Ottavino to join that list of names pretty soon. Pretty damn good for a bullpen that I was told was supposed to suck.