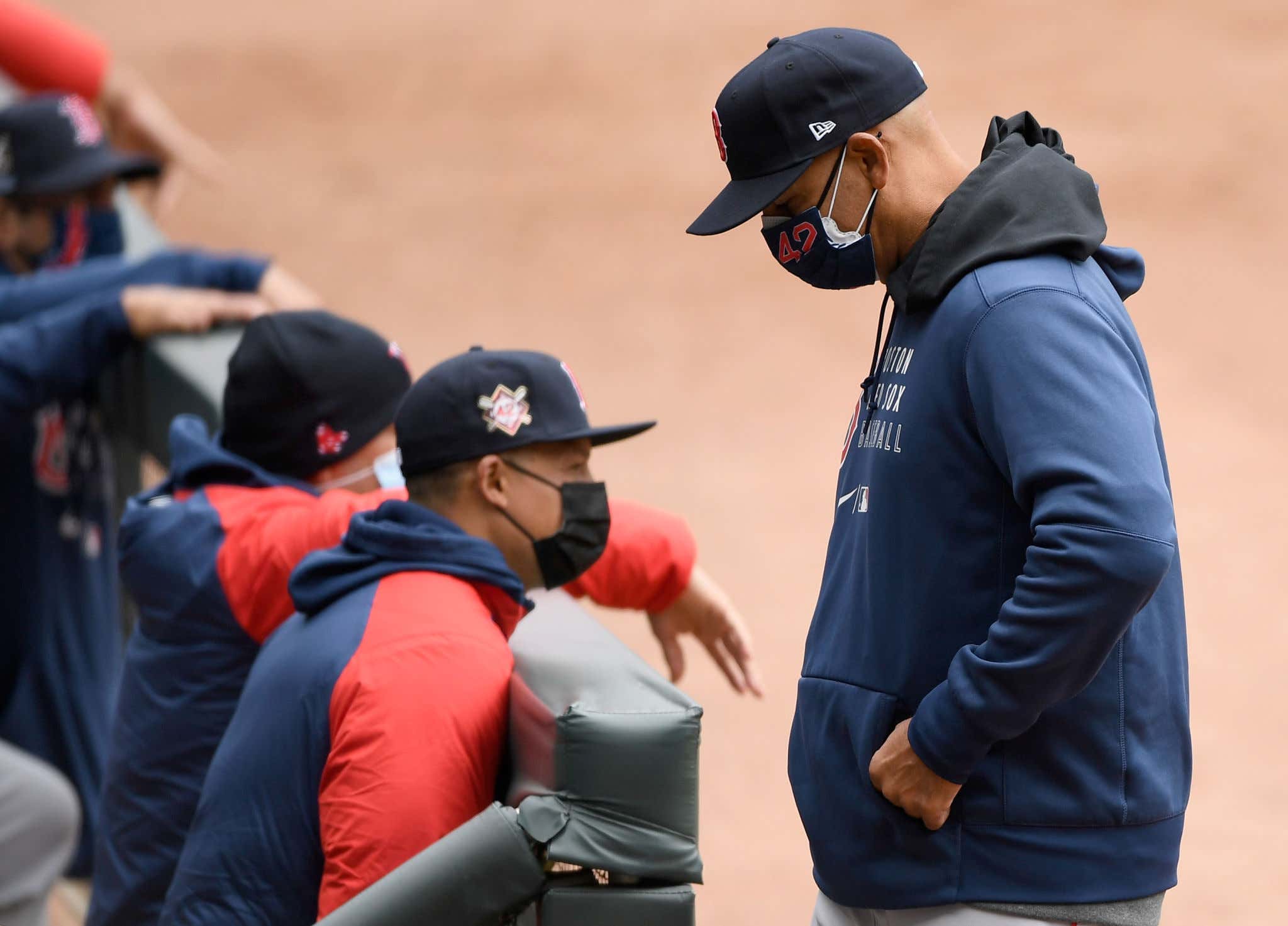 The Boston Red Sox have finally lost a baseball game for the first time since Easter Sunday. And they almost won this one, too.

Almost doesn't mean shit in the standings, but it sure can mean a lot in a baseball clubhouse when you consider that this Red Sox team just hauled off nine straight victories, were trailing 3-0 in the eighth inning against the defending AL Central champs and then battled back to tie this thing up on a three-run double by none other than Alex Verdugo. It was the at-bat of the season so far, as Verdugo fouled off some sliders in a ten-pitch at-bat and finally drove a fastball down the line. The Red Sox offense had done dick all day, stranded 14 base runners, went hitless with runners in scoring position and then boom. Tie game. All the energy and momentum right back in the Boston dugout.

It didn't last, though. Not that Adam Ottavino is a bad reliever, but if this were a playoff game, I'd imagine that it would've played out differently. We didn't see Garrett Whitlock in this one, nor did we see Matt Barnes. You don't need to burn out your best in April, but if you had gone with your best, perhaps the results would've been a little different. In the bottom of the ninth, we got Ottavino, who let up a base hit, hit a batter and then gave up a walk-off blooper to end the winning streak.

Before all that happened, Garrett Richards got the start and wasn't half bad. I think Red Sox fans have a bitter taste in their mouth in regards to Richards because of his dreadful first start at Fenway Park against Baltimore, but he's been very solid in his two starts since then. He went five innings, allowed a pair of second inning runs, walked a couple and struck out four. Both of the runs were unearned, for what it's worth. Richards was asked about it after the game saying, "I'm good with it" and spoke about how he likes his defenders to be aggressive behind him. Good teammate.

Red Sox take three of four in Minnesota and head home for a ten-game homestand starting first with the White Sox for four, the Blue Jays for two and then four against the Mariners. Some good competition coming to Fenway, but I would imagine those teams are more afraid of the Red Sox than the Red Sox are of them after the way they've been playing. The series opener on Friday is in danger of getting rained out, but in the event that the game is played, we've got Dylan Cease versus Nick Pivetta. Cease has yet to make it out of the fifth inning in two starts this year, while Pivetta has won each of his first four starts with the Red Sox. If the game gets rained out, the rotation won't be bumped down a day. Tanner Houck will get the ball on Saturday against Dallas Keuchel.