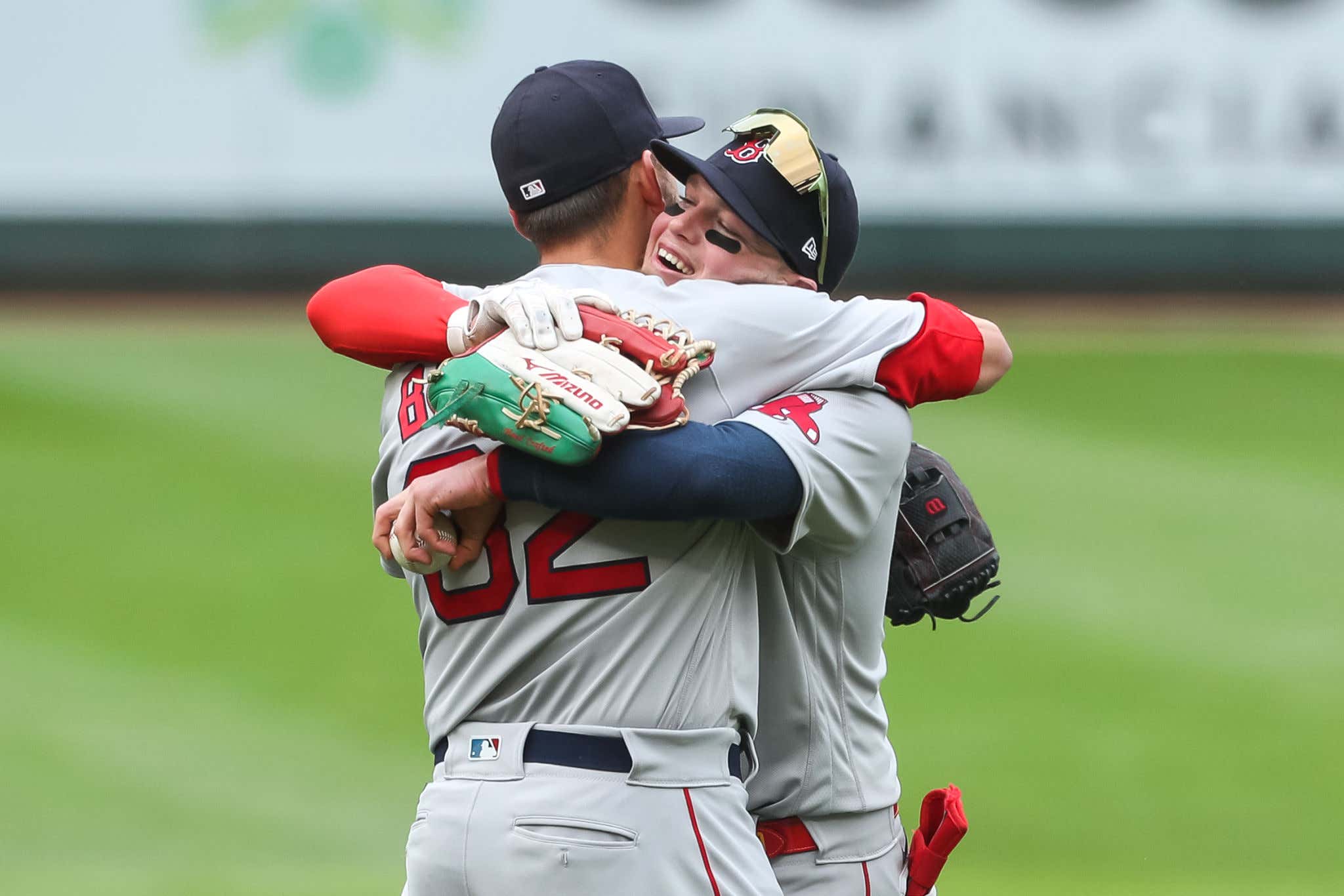 In the first game of two against the Minnesota Twins, Verdugo made a game-saving, game-ending catch to put Boston's eighth straight win in the books. They said after the game that the final play had a catch expectancy of 50 percent. Bull. Fuckin'. Shit. It wasn't the best catch you've ever seen in your life, but if that same ball is hit a thousand times to the same spot in the grass with the outfielder standing at the same starting position, it ain't getting caught five hundred times. Just not happening. Verdugo also had two hits in that first game just to stay in shape.

After stealing the show in game one, Verdugo followed that up by going 3-for-4 with a big two-run knock in the fifth inning of this seven-inning contest to give the Red Sox a 3-1 lead. Two innings later, the outfielder hammered a 1-0 fastball for his second homer of the season to put the exclamation point on his 2021 breakout game. Rafael Devers went 2-for-4 and knocked in a pair, but Wednesday was all about Verdugo. The man put the team on his back in both games, leading Boston to their NINTH straight victory after starting the season 0-3 against a shitty Orioles team. The team that started out 0-3 is now tied with the juggernaut Dodgers for the most wins in baseball.

Flying under the radar in all of these outstanding offensive performances has been how good the Red Sox starters have been throwing the ball. Over the nine-game winning streak, Sox starters have a 3.19 ERA. We were told this rotation would not be very good, which is interesting when you consider that they have actually been good. Like, 6-0 good over the nine-game winning streak good. Eduardo Rodriguez went five innings, scattered five hits, allowed just one run, walked one and struck out five. He's slowly building his innings back up, but the innings that he's been able to give the Red Sox so far have been quality across the board.

In the series finale where the Red Sox will look to win their tenth consecutive game, they'll be sending Garrett Richards to the mound against Michael Pineda. Yes, the same Michael Pineda that got ejected from a game against Boston at Fenway Park in 2014 for globbing an entire jar of pine tar on his neck. Xander Bogaerts has seen Pineda quite a bit throughout their careers and has had his success at a .310 clip, so be on the lookout for that matchup. Richards has pitched well both at Target Field and against the Twins in general, so it'd be dope if that trend could continue.