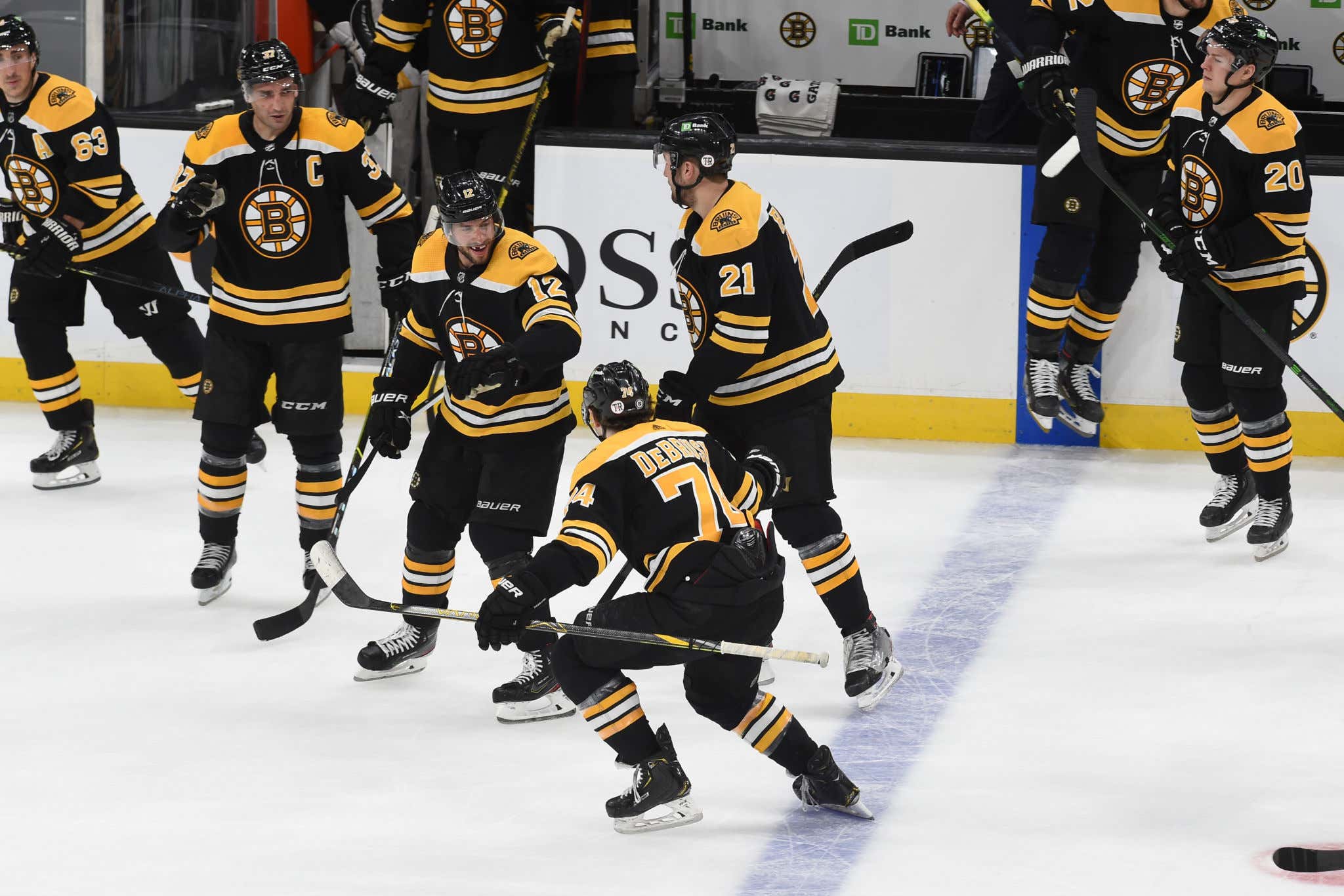 Yes, it took a shootout win but the Boston Bruins are undefeated so far in the Taylor Hall era. Jake DeBrusk came through with the SO winner to send Boston fans home as the B's snap their 2 game losing streak and pick up a big two points.

Former Bruin Colin Miller leaned into one 1:52 into the 1st to give the Sabres the lead. Former Bruin Anders Bjork with the assist. 1-0 Sabres.

A point shot from Jeremy Lauzon generated a juicy rebound that David Krejci buried to tie the game. 1-1.

Linus Ullmark was injured in the 1st and would not return for the Sabres. Dustin Tokarski replaced him about midway through the game in net.

Craig Smith continued his hot streak by ripping his 9th of the season in his 700th career NHL game. 2-1 Bruins.

Couple tilts in the 2nd, Nick Ritchie vs. Matt Irwin. Ritchie had a few tough hits and the responded to the Sabres challenge.

Kevan Miller had a hard hit on Asplund and Tage Thompson dropped the gloves. Spoiler alert: it did not go well for Tage Thompson but credit to him for holding in.

With 8:07 left the Sabres tied it, Rasmus Dahlin. Puck was bouncing looked like it redirected once or twice.

Charlie Coyle and Jake DeBrusk both score in the SO and the B's pick up a big two points.

- Charlie McAvoy returned to the lineup after a quick absence due to an upper body injury. Led all defenseman with 25:04 in TOI, as expected. First time Jakub Zboril was a healthy scratch this year with Reilly coming into the lineup and McAvoy returning.

- Taylor Hall played a healthy 16:43, you can tell he got more comfortable as the game went on. He was scratched for a few games as trade protection in Buffalo and it was his first game back in a while. We'll see if they keep Craig Smith on this line or if they move Jake DeBrusk up to play alongside him. Good first impression.

- Really liked Curtis Lazar's game tonight (and the entire 4th line). Almost as if he rejuvenated the 4th line. All 3 guys looked great tonight and had a few really solid shifts of 1min+ of offensive zone time. Great debut for No. 20. The B's will be in good hands if this checking line can continue to string together performances like this. Not entirely sure where Trent Frederic fits in, but he should be back on Thursday.

- Mike Reilly really impressed me with his skating, and his transition game came as advertised. Got some shots through at the point, 5 to be exact.

- David Krejci snapped his 5 game pointless streak with a goal in the first period.

- Imagine fighting Kevan Miller? I do give credit to Tage Thompson for sticking in there but jesus. Fight Kevan Miller at your own discretion, cc: rest of the NHL. Miller looked great tonight. 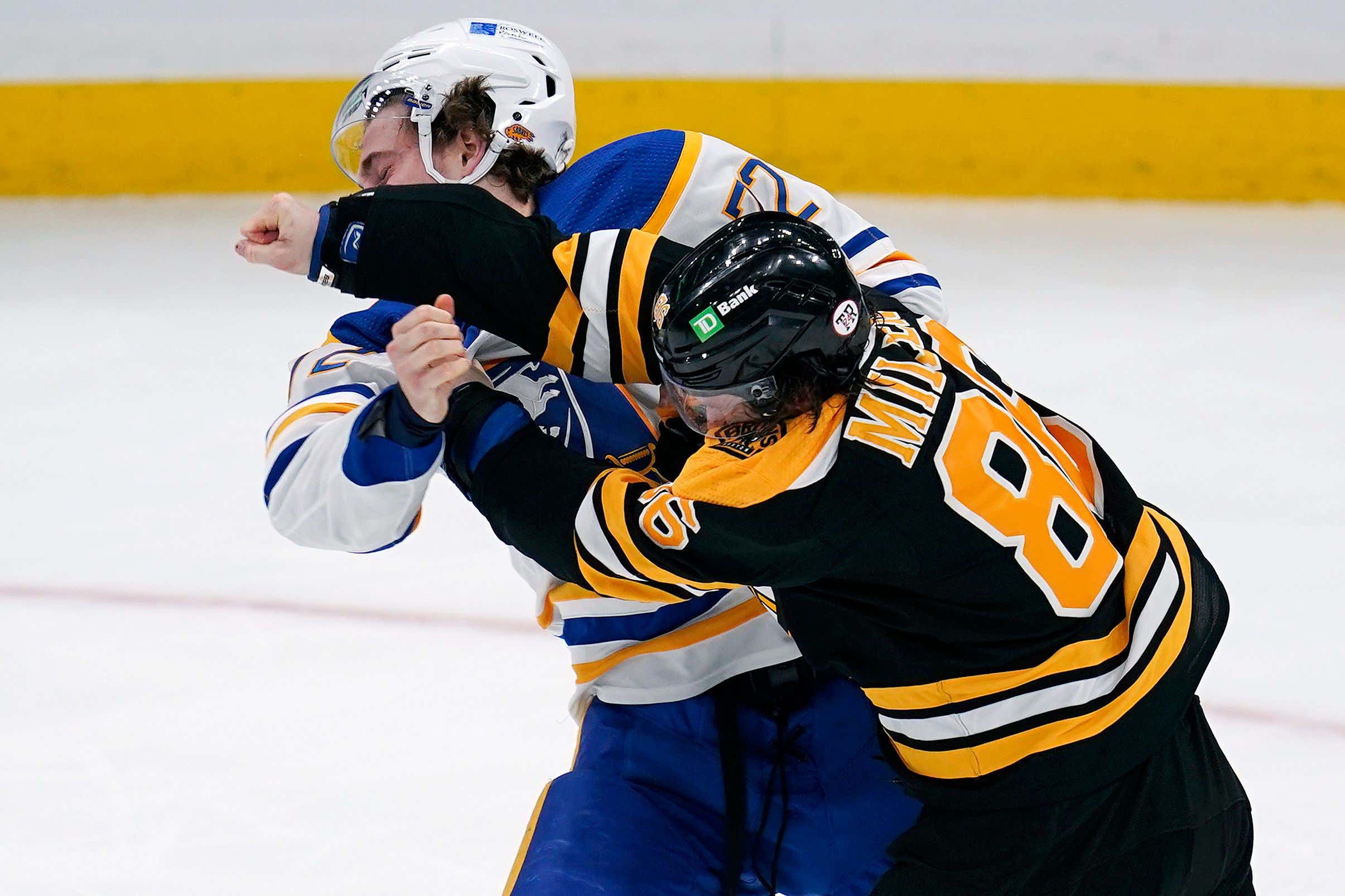 - With a more balanced lineup you saw some more jump from the bottom six. Coyle has gone a long time without a goal but that drought feels like it'll be over soon, had some really good chances and converted in the SO (same w DeBrusk). Ritchie chose violence tonight some big hits and a fight.

- Jeremy Swayman was solid again tonight and made two saves in the SO to cement the win. Finished the night with 21 saves. We'll likely see Tuukka Rask on Thursday night.

A look at the standings after tonight: 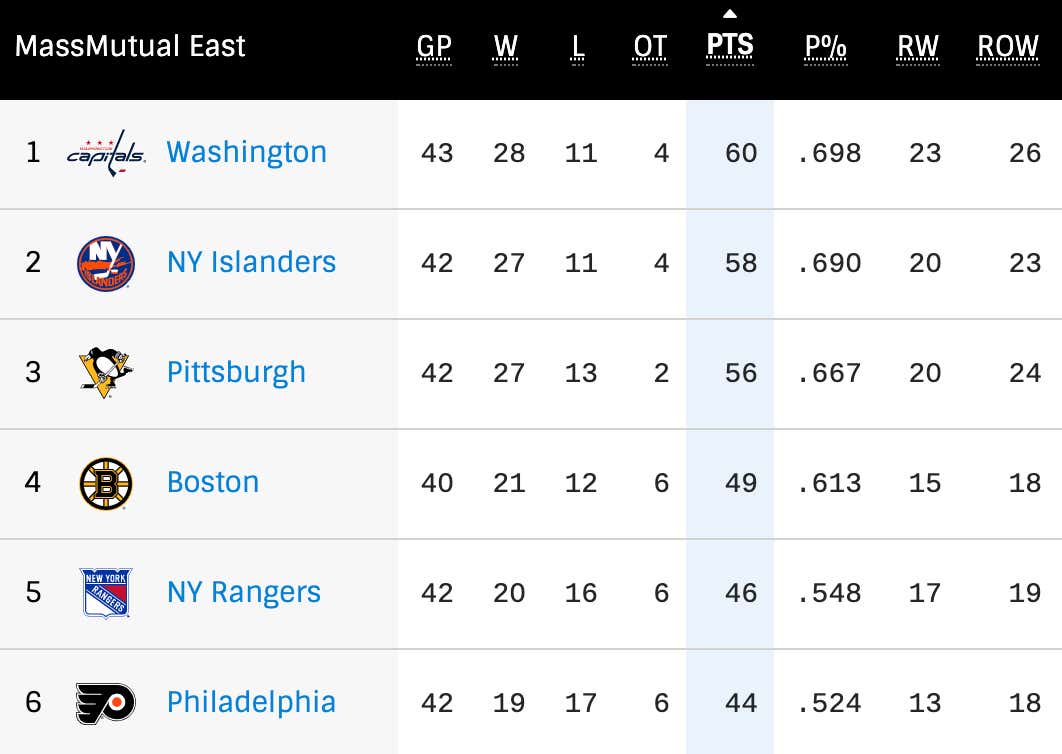 B's back at it Thursday night when the New York Islanders come to town.