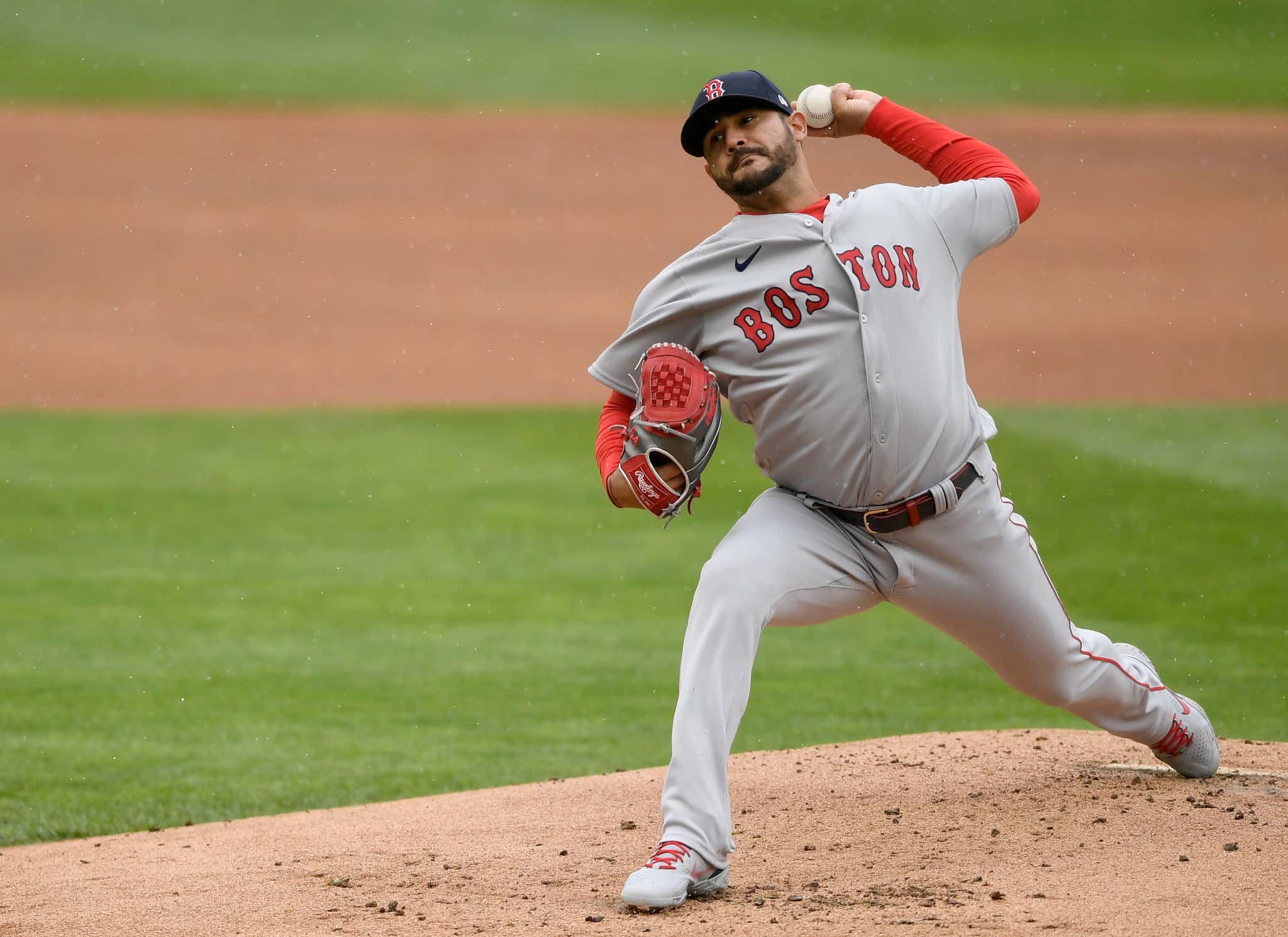 Listen, I KNOW that I'm overreacting to a hot start that spans a very small sample of an otherwise vast Major League Baseball season. I know that. Kind of.

But I also don't care. Let me have my fun. I haven't had a reason to be excited about my baseball team in over two years. Literally all I care about in this world is baseball and it has been over two YEARS since I've been able to feel even the slightest little something in my black heart in regards to this team. There's just something different about this group compared to the last two teams and it's not exactly rocket science to figure it out. The 2019 Red Sox were too overconfident and didn't have much to prove after their winningest season in franchise history the year before, and the 2020 Red Sox were just a flat out bad fuckin' baseball team. Quite simply not good at the sport. This team, though? They're working with the deadliest combo in professional sports -- they're good, and they have something to prove.

One by one, they will run out of things to say about the 2021 Boston Red Sox. They said they wouldn't be good before a game was even played. They said the season was over after an 0-3 start. They said the rotation was going to suck. They said the bullpen was a joke. They said there were too many strikeouts throughout the batting order. Now, the Red Sox have won seven straight games, a majority of them against contenders, their rotation has been quite good, the bullpen has been outstanding, and the offense has been the highest run-producing team in the American League. No, that doesn't mean that this will continue for the entire season. Of course there will be bumps in the road. But if this team stays relatively healthy, they will be a very good ball club. I promise you that. They already are.

A streak did come to an end on Tuesday, though. The Red Sox had recorded double digit hits in each of their last six games, all victories. They only had seven hits in their series opener against the Twins, which means they had to make those count. And maybe they needed them to come from unlikely sources, as in the guys who hadn't yet gotten in on the hit barrages from the past few games. The one guy they needed to get it going, who if and when he did, makes this an even more ridiculously dangerous lineup, is none other than Bobby Dalbec.

He's scary strong. When he barrels baseballs, we're talking about league-high exit velocity-type stuff. The Red Sox were trailing 2-0 after one due to a shaky first inning by Martin Perez, but I don't wanna hear a single fucking word of slander about Perez. He was literally pitching in a goddamn blizzard. Most of it in short sleeves. I would imagine that contributed to the control issues and even STILL, he held one of the best offenses in the game to just two runs, both of which came in the first frame. He was goose eggs for four more innings after that. The man is a hero.

Anyways, back to Dalbec. The Red Sox cut the Twins' lead in half when Hunter Renfroe connected for his first homer with the team to dead center. Later in the inning, Dalbec ripped an RBI double down the right field line to tie the game up at two. Three innings later, it's Dalbec again shooting a ball the other way down the right field line, this time to drive in the go-ahead run. I can't tell you how important this game was for a guy like him. Just getting the two doubles is huge, but having them be so impactful to the outcome of the game, that shit does wonders for a hitter's confidence. A confident Dalbec is a dangerous Dalbec.

Speaking of a hitter having confidence, one could safely assume that Rafael Devers is feeling pretty confident at the plate himself these days. The 17-year-old has now homered in four straight games with five total homers in that span. The one he hit against the Twins on Tuesday was an absolute fucking bomb, and it's even more impressive when you consider that it was below zero and snowing. If that's an August night, how far does that ball travel? Six? Seven hundred feet? Devers is now rocking a 1.052 OPS on the year.

Shout out to Matt Barnes AKA Matty Backpacks who has evolved into Charizard this year. The dude has been straight filth every time he's taken the mound so far. The righty reliever has tossed six no-hit innings over five appearances with 12 strikeouts and one walk. He's in God Mode right now. If Adam Ottavino figures his shit out -- him, Garrett Whitlock, Barnes? Hirokazu Sawamura? He hasn't allowed a run yet, either. Darwinzon Hernandez? No fucking clue where the ball is going, but my man gets outs! Is this bullpen the real deal? Oh man. I am excited. Even if this doesn't last, I'm going to enjoy the moment and be present in the seven-game winning streak. This is fun. The Red Sox are fun. The Red Sox are good.

In game two, we've got Nathan Eovaldi versus Kenta Maeda. Something really interesting to note about Eovaldi this year is that he's basically said fuck the cutter. MLB Network was doing a segment where they were talking about how pitchers far too often were pitching to hitters' weaknesses instead of pitching to their own strengths. Eovaldi went from his cutter being his number two pitch from 2018 through last year to barely using it at all this year, which obviously means more fastballs. Probably a good idea when you're blowing 100 on the reg. Eovaldi's throwing more curveballs and sliders this year after not throwing a single slider at all last season and it's paid off with his 1.46 ERA and 0.89 WHIP so far.

Oh, and Maeda's got an xERA of 4.47, which is almost two runs higher than his actual ERA so he hasn't been nearly as good as the numbers would suggest. He's allowing a lot of hard contact with an average exit velo of 92 MPH so I would expect some damage by the Boston bats.