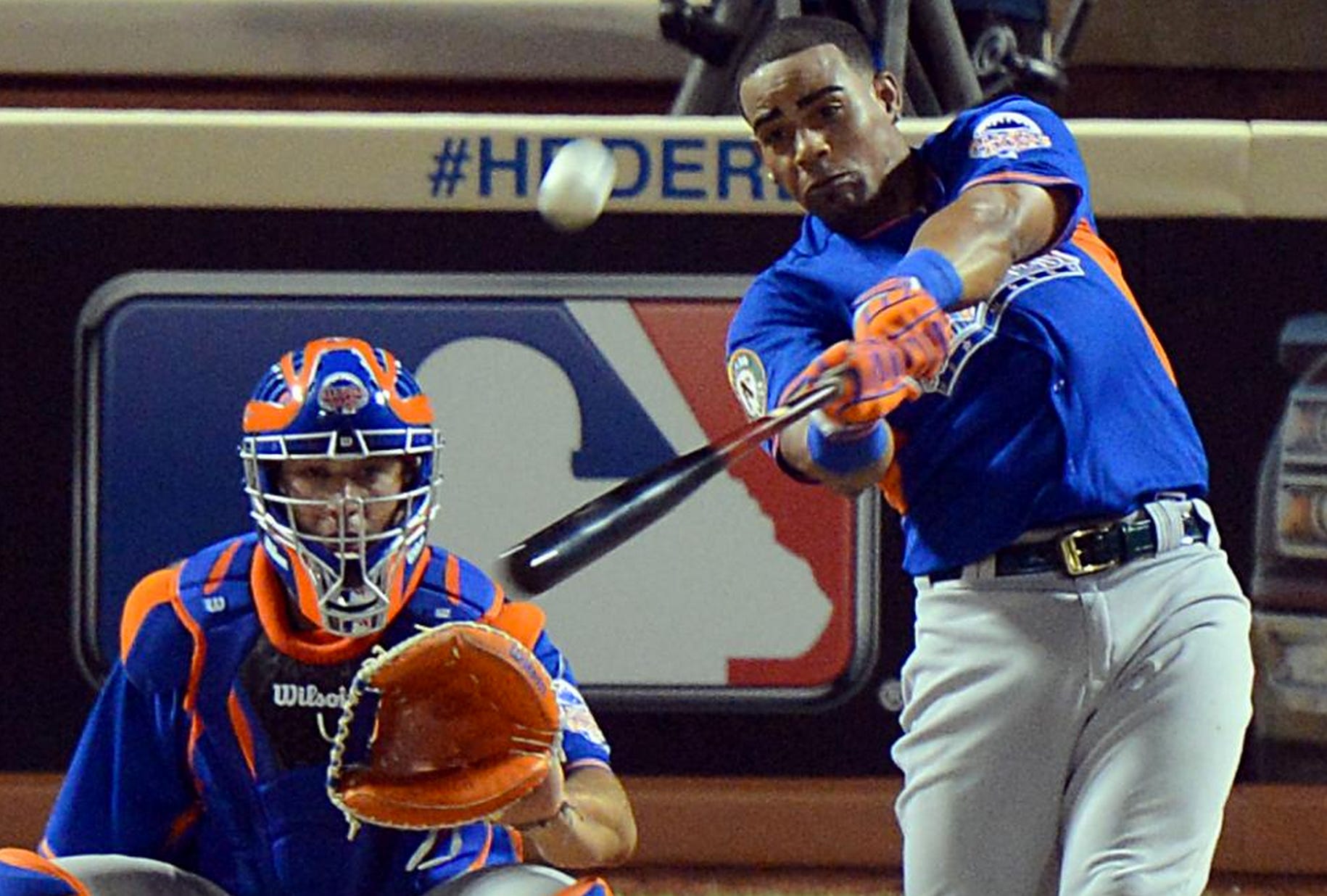 Sandy you Maverick’ing son of a bitch! The Mets land their right handed bat and a fucking CANNON in the outfield, AND they avoid dealing any of their main pitchers. That deserves a ton of credit. It sounds like the Mets were held over a barrel during all of their negotiations all season long for one or more of their 5 crown jewel pitchers, and to come out of the deadline with all of those guys still on the roster is incredible.

Yea, I know he’s not a great OBP guy. Thats the big knock everyone is throwing around now trying to hate on this move. Yoenis Cespedes for 2 minor leaguers (Fulmer and Cessa) is a PHENOMENAL deal that makes the Mets better in every way they needed it. Its a major upgrade in offense, a right handed bat, and improves the team defensively. Again, most importantly, all while retaining all of their pitching. I wont lie, its not like Michael Fulmer was a nobody. He was the ace of the Mets AA squad and he was probably going to come right along and burst on the scene much the way Matz was a surprise as well. But you can’t hoard ALL of these guys. Fulmer was expendable given the massive surplus of pitching.

Cepedes is rental, and a Boras guy, so who knows what the future beyond 2015 holds. Wilpons will almost absolutely be too cheap to retain him long term. But right now, at this moment, the Mets just got much, much better. And as any Met fan will tell you – this team is capable of anything with the pitching they can run out there night after night. Just get to that 4 runs per game mark and they are one of the most dangerous teams in the league. The Mets ranked 27th in extra base hits from their outfield, Cespedes is third in all of baseball with 48 XBH himself. 18 home runs, 28 doubles, .293/.323 (bleh)/.506. Flexibility in the OF. He has more home runs this month – 8 – than all of the Mets right handed hitters combined – 6. Hes just an all around great fit and exactly what they needed. I’m not going to sit here and tell you this is a half season rental that puts the Mets over the top as some sort of favorite to win the World Series. But I’m saying this is the exact rental, at the right cost, the Mets needed this season to become a scary team.

If I’m the Nationals, I’m shaking in my boots. Nate probably has some pee-pee running down his onesie. And if they do make it to the postseason, with that rotation, the rest of the league should be peeing in their pants as well.

Oh, and the fact that Yoenis is a fucking human highlight reel is just the icing on the cake.