I just got a text from Nate with a link to the above Instagram post, and the question: which piece of wrestling history would you most like to own?

It's a great question, and if you scroll thru that Instagram embed, you'll notice there's a new television show focusing on specific pieces of wrestling memorabilia coming later this week, so we figured - why not toss the question out to the people? What would you want?!

Do you go with something classic like The Undertaker's original urn?! What about ring gear, like one of "Macho Man" Randy Savage or Ric Fair's most famous robes? Kane's mask from his debut - or, if you're Carrabis, from his first WrestleMania (which took place in Boston)?! Maybe a specific Mr. Socko, or even a different foreign object?! Stone Cold's vest?! The original 'Big Gold' belt?! If you're a younger fan, do you want a pair of John Cena's jorts, or the bra from Edge/Lita's live sex celebration?!

There's almost TOO MANY options to choose from! Nate said he'd either want Chris Jericho's light-up jacket, a pair of Rikishi's sunglasses, or the hand Mae Young gave birth to. All great choices as well. Brandon Walker could not be reached for comment. Hope he's okay.

If you would've asked me this question as a kid, I probably would've said I just wanted Bret Hart to put a pair of his cheap flimsy sunglasses on me in the front row of a WWF Superstars taping (not realizing the VHS tapes I was watching were a decade old), but now that I've grown up and matured a little, I'm gonna shoot a bit higher - and flip sides, even.

I'd want the WWF Championship that Shawn Michaels defeated Bret Hart for in their 60-minute Iron Man match at WrestleMania XII.

As a lifelong Shawn Michaels fan, and just a fan of any underdog championship wins in wrestling at all - there's just nothing better than the boyhood dream coming true for the Heartbreak Kid….and in my eyes, there's no championship better than the 'Winged Eagle' from that era. 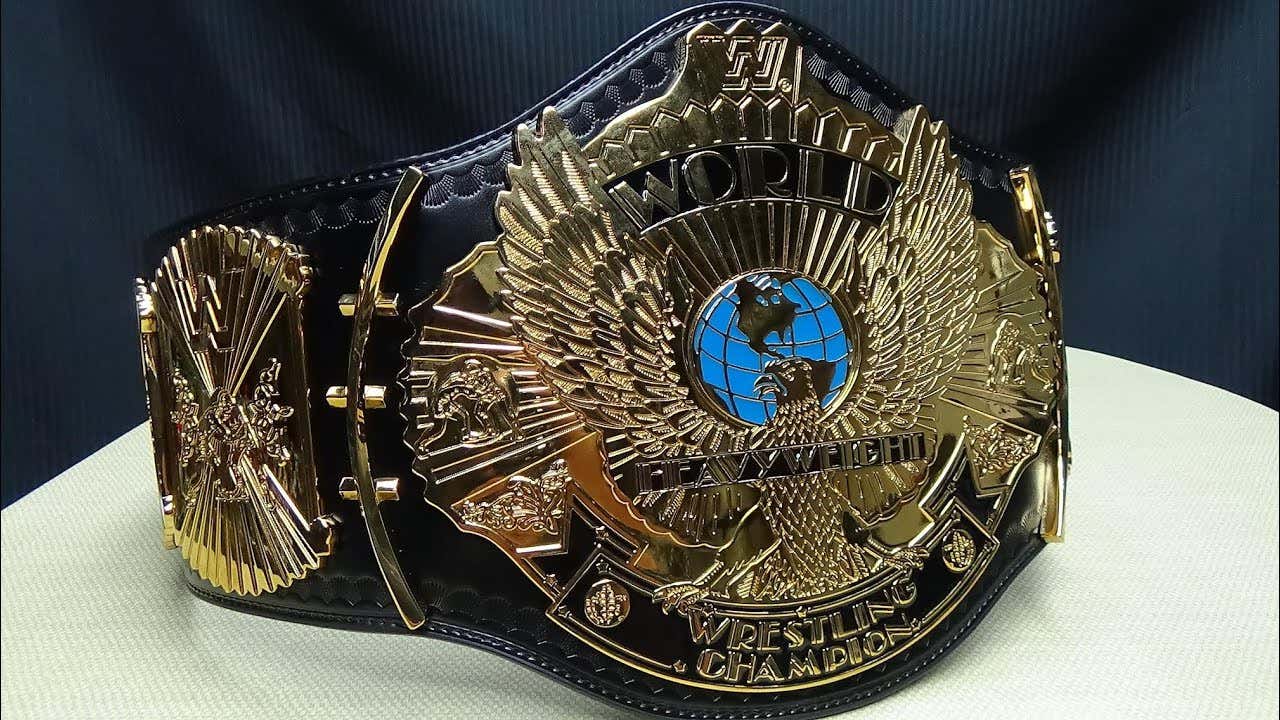 I don't know who gave it the name, 'Winged Eagle' - because all eagles have wings, so that's stupid - but that's the name!

Let me know your responses below….