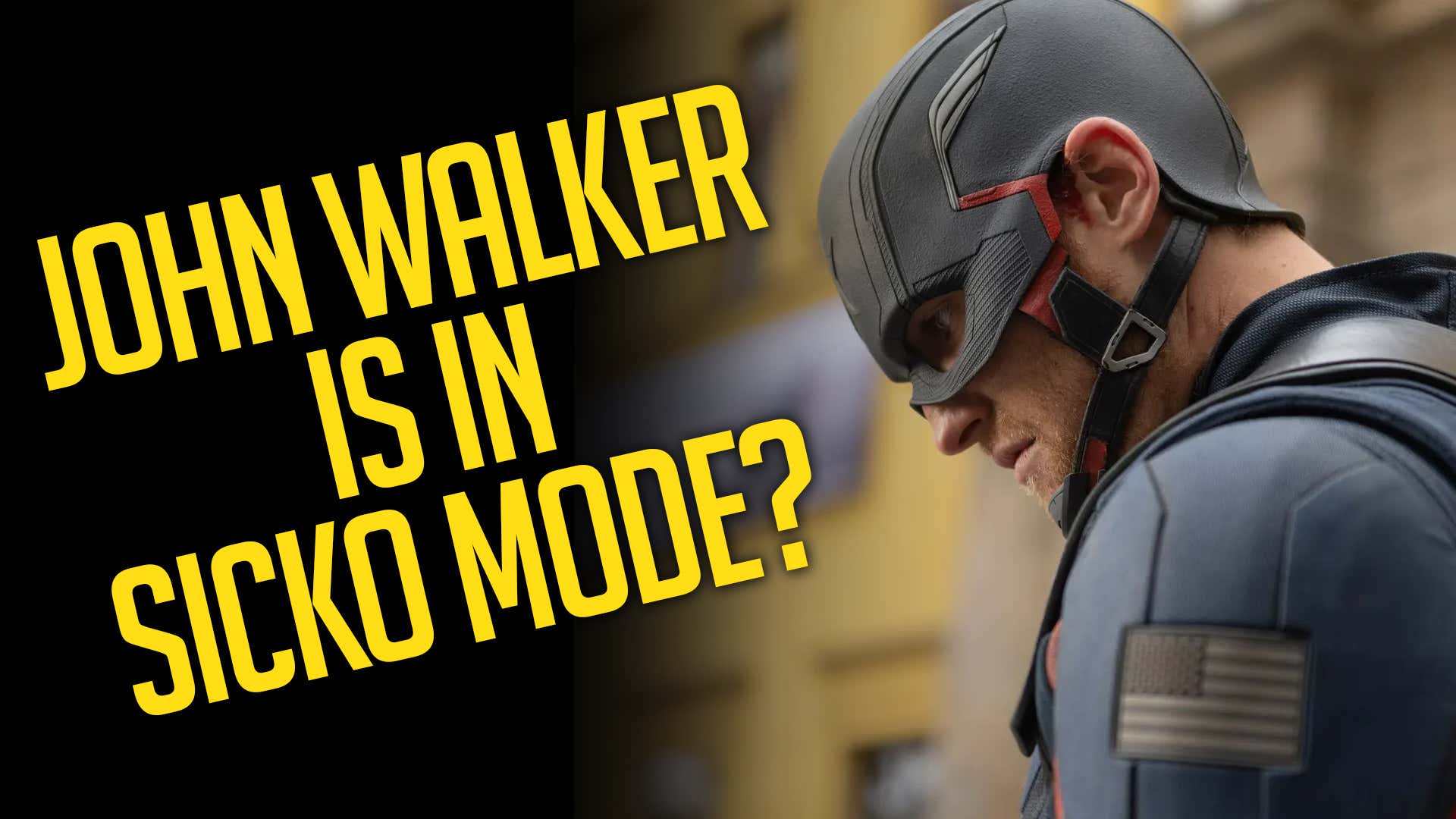 I had a whole video recorded for this, but the audio got absolutely gained the fuck out and fried to oblivion. So, instead, here is a written recap and reaction. Lets start with a spoiler-free reaction.

This ep was awesome and my personal favorite of the season so far. We got further into the weeds of these intertangled plotlines and had some incredible action and some seriously dramatic moments. The final 20 minutes of this ep had one of the best moments I've seen from a marvel property. Now, lets get to the spoiler part

We start off with Bucky having a flashback to his time in Wakanda. If you remember, Captain America dropped him off there at the end of Civil war to help clear the HYDRA gunk from his brain.

In the flashback Ayo, second in command of the Dora Milaje which is the secret service to Wakanda, reads Bucky his trigger phrases. At one time, this would send him on a homicidal rampage, but now they do nothing. In the present, Ayo tells him “Listen: Zemo killed our king and you just helped him get out. We’ll give you 8 hours to get what you need from him before we take him into custody.”

While they try to figure out where Karli and the smashers might have gone, Zemo does some deductions about her motives. To him, anyone that desires to become more than human, regardless of original motive, is on the path to becoming a supremacist. He cites the nazis, ultron and Avengers as examples as to what the end result could be.

They end on the idea that she is going to be at Mama Donyas wake, and search out a refugee house to see if they can find out where it might be. Zemo uses an old trick from the lion the witch and the wardrobe and offers a kid some turkish delight in order for information that betrays their people.

On the way to the wake, Walker and Hoskins barge in and insist that they go along. Walker is of the opinion that they should take Karli into custody immediately, but Sam, who used to be a counselor for veterans with PTSD, wants to talk to her instead. Sam, more than most, is understanding of her fight and wants to sort of talk her off the radicalization ledge. He tells her as much, and just before he can really break through to her, Walker and Hoskins barge in and Karli bolts.

Zemo corners Karli, but gets distracted when he finds her cache of super soldier serum. He is about to finish crushing all the vials when Walker bursts in and stops him, knocking him out and secretly pocketing the last vial of serum. The boys reset and while they try to figure out what to do next, Walker, you guessed it, barges right in and tries to apprehend zemo. He confronts Sam, ready to fight. This is something we’ve seen a lot from him, this desire to prove himself as someone worth respect. A seat at the table, if you will. Tell you what, the CMON BRO WANA FIGHT GUY is almost never gonna get respect.

The Dora Milaje show up and say they got dibs, and a three way fight happens where Walker and Battlestar get their ass beat. Zemo manages to escape in the ruckus, and Walker is just straight up defeated that he was beat by people that weren’t even at an unnatural advantage to him.

This is where shit starts to get a little crazy.

Walker and Battlestar have a hypothetical conversation about the serum and if they would take it IF they had some. The big warning of the serum dating back to the days of the first avenger was that it makes you more of what you already are.

You can see that Walker, despite 3 medals of honor and his war record, isn’t sure of himself. He says you know the stuff I had to do to earn those medals in Afghanistan felt a long way from being right. Part of his reason for taking the job of cap was that it was an opportunity to do a good that is a lot less grey and lot more pure good. So we can see that his motive for taking the serum DOES come from a good place.

Karli separates the good guys by sending them to separate locations for an ambush, but before it can get totally sprung, she is foiled by Sharon who calls to warn falcon. They fight against the flag smashers super soldiers which leads to us realizing that Walker took the serum as he starts really kicking their ass. They have a cool combined fight where Bucky gets to do some knife play that is reminiscent of his awesome fights from Captain America and the Winter Soldier.

At one point Walker gets restrained and is about to get skewered by Karli when Battlestar intervenes and tackles her. She retaliates by punching him right in the chest into a pillar, seemingly killing him. The Flag smashers scatter, and Walker basically goes sicko mode. He chases down the closest one and pins him down in the middle of the town square and does a full on rage kill on the guy, smashing him to death with his shield while people watch on in horror.

This episode was awesome for a number of reasons. The first is that we get an even deeper look into how the un-snap hurt a lot of people who were uplifted during their absence. Karli talks about how borders and prejudices were destroyed out of necessity and how that was all undone. We also get a better look at this expanded web of factions that are all fighting eachother. We already had the duo fighting the flag smashers fighting walker and battlestar fighting the power broker fighting zemo and now we add the Dora Milaje as well. There are a lot of moving parts but everything has been pretty easy to follow which is great.

We also got more into the motivations of walker and who he is as a guy. He is a person with good motivations at his core, but he is obviously more susceptible to emotions than a guy like Cap. When Cap lost bucky, he never lost sight of who he was. This comparison is obviously very intentional.

Karli is another person that I think they may be setting up as a possible successor is actually Karli Morgenthau. HEr discussions with Sam and with her flag smasher friend kind of show how her motivations are also good at their core, but she looks at things in a much more grey vision compared to a guy like Cap.

Hoskins death and Walkers reprisal is going to really make for an interesting penultimate episode because the public is going to look at him in a totally different way. Is this something the government is cool with but Walker is not going to be proud of? We will see