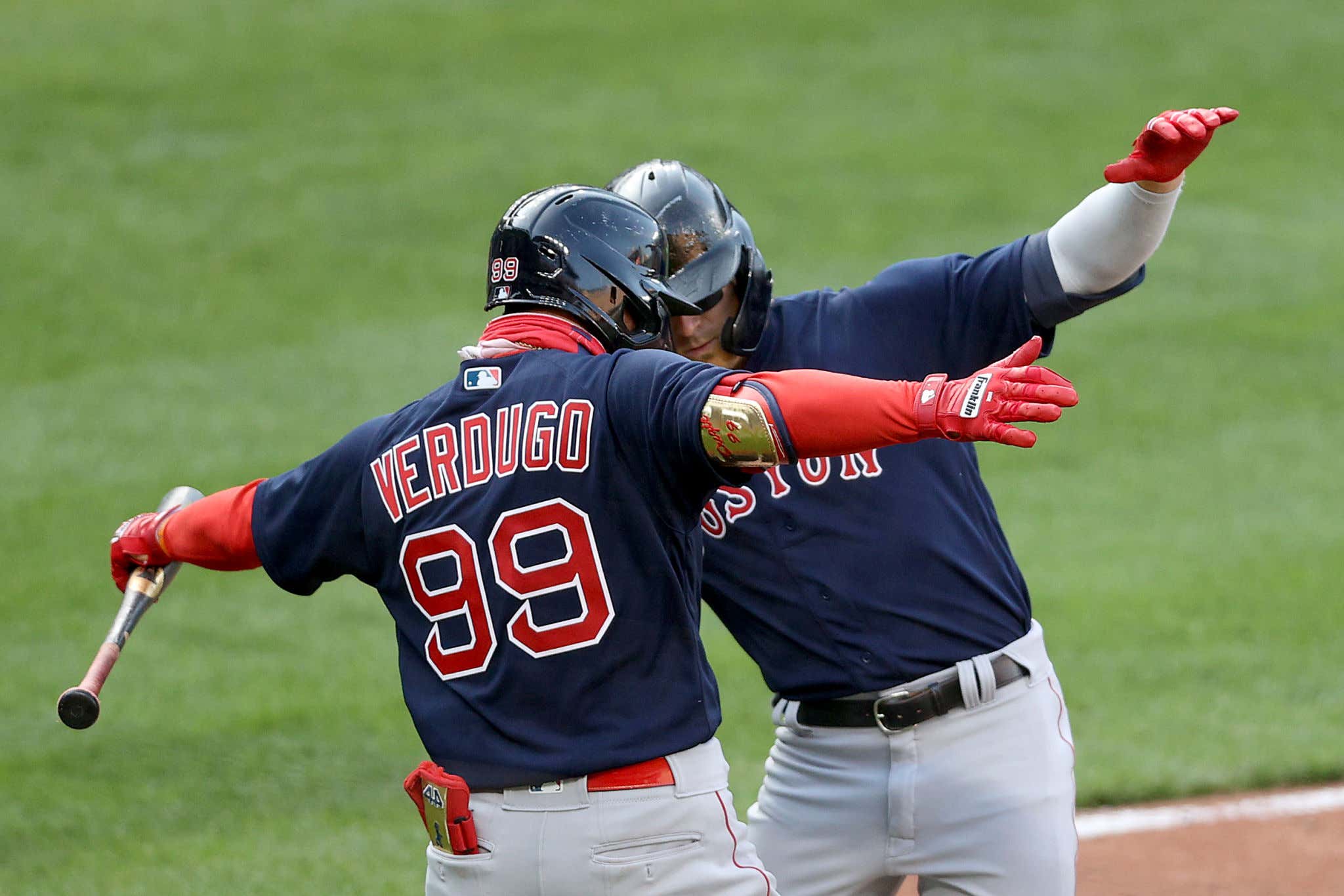 How 'bout them Red Sox?

I'm doing my best to keep my optimism realistic here. I really am. I'm not gonna sit here and tell you that the World Series goes through Boston in 2021. I'm not gonna tell you that it's AL East champs or bust this year, either. What I am going to tell you is that the Red Sox are a good baseball team and that you need to Men In Black noisy cricket the 2020 season so that you can actually enjoy the 2021 season. The goal is a winning ball club, which is very much attainable. Once you've established that you're a winning ball club, then maybe…just maybe…you can set your focus to higher goals, like maybe a postseason berth. Maybe. Baby steps before we start talking about October.

Why am I pumping the brakes amidst a four-game winning streak? The obvious answer to that question. It's April 8. It's very early. The same way you have to say it's early when you start off 0-3, you have to remind yourself that it's early when they haul off four straight. To this point, they've only played two different teams through these first three series and only one of them was a good team, which they swept! Hey, that does count for something. But with Eduardo Rodriguez making his debut on Thursday, you've only made one true turn through your rotation. It's fun to be winning games. Have to keep it rolling before we start firing off the hottest of takes.

Speaking of Rodriguez, this was the first time we've seen the lefty on the mound in a big league game since the end of the 2019 campaign. For his first time out with all that time off in between, I'll take five innings with three earned runs. He struck out seven and the three runs came in to score on a pair of homers. Given the circumstances, he was more than satisfactory. It was great to see Eddie back out there doing his thing. With Chris Sale on the sidelines for a couple more months at least, the Red Sox are going to need Rodriguez to be their frontline guy and he will get there.

And then you've got this Red Sox bullpen that I want to talk about for a second. The thing about a bullpen is that more often than not, you're only talking about relievers if they're bad. Do you have any complaints about the bullpen so far? I don't. So far, Garrett Whitlock is looking like the secret weapon that we were told about during spring training. In his season debut, he went three and a third scoreless with five strikeouts. He followed that up on Thursday with two more scoreless frames and three more punchouts. When he was a Yankee prospect, Whitlock was throwing 92mph two-seamers. Now he's throwing 96mph heaters with a nasty sinker and a changeup that looks virtually unhittable. In the ninth, Matt Barnes was a strike away from an immaculate inning, punching out the first two batters he faced on six pitches and had Freddy Galvis down 0-2 before whiffing him two pitches later.

The offense was back on their bullshit checking in with yet another double digit hit game, scoring seven runs on 12 hits. Rafael Devers hammered his first home run of the season, a two-run shot in the first inning. None other than JD Martinez doubled in a run in the seventh to make it 5-3 and Kiké Hernandez's first homer in a Red Sox uniform in the eighth helped put the game out of reach for the O's. Christian Vazquez continued to destroy baseballs in this one, going 3-for-5. All this talk about what JD's been doing at the plate, and here's Vazquez starting the season at a .458 clip with a 1.333 OPS.

The Red Sox are off on Friday, as they'll enjoy that stupid day off after a home opener. I've always hated that, but a day off isn't the worst thing. When we resume the series on Saturday, you'll see Garrett Richards look to redeem himself after a stinker in his Red Sox debut at Fenway Park. He'll be going up against Bruce Zimmermann, who went six innings against Boston in his first start, holding them to three earned and struck out five. Seeing him again so soon should play into the hands of the Red Sox bats. Same can be said for the O's and Richards, so let the slugfest begin.