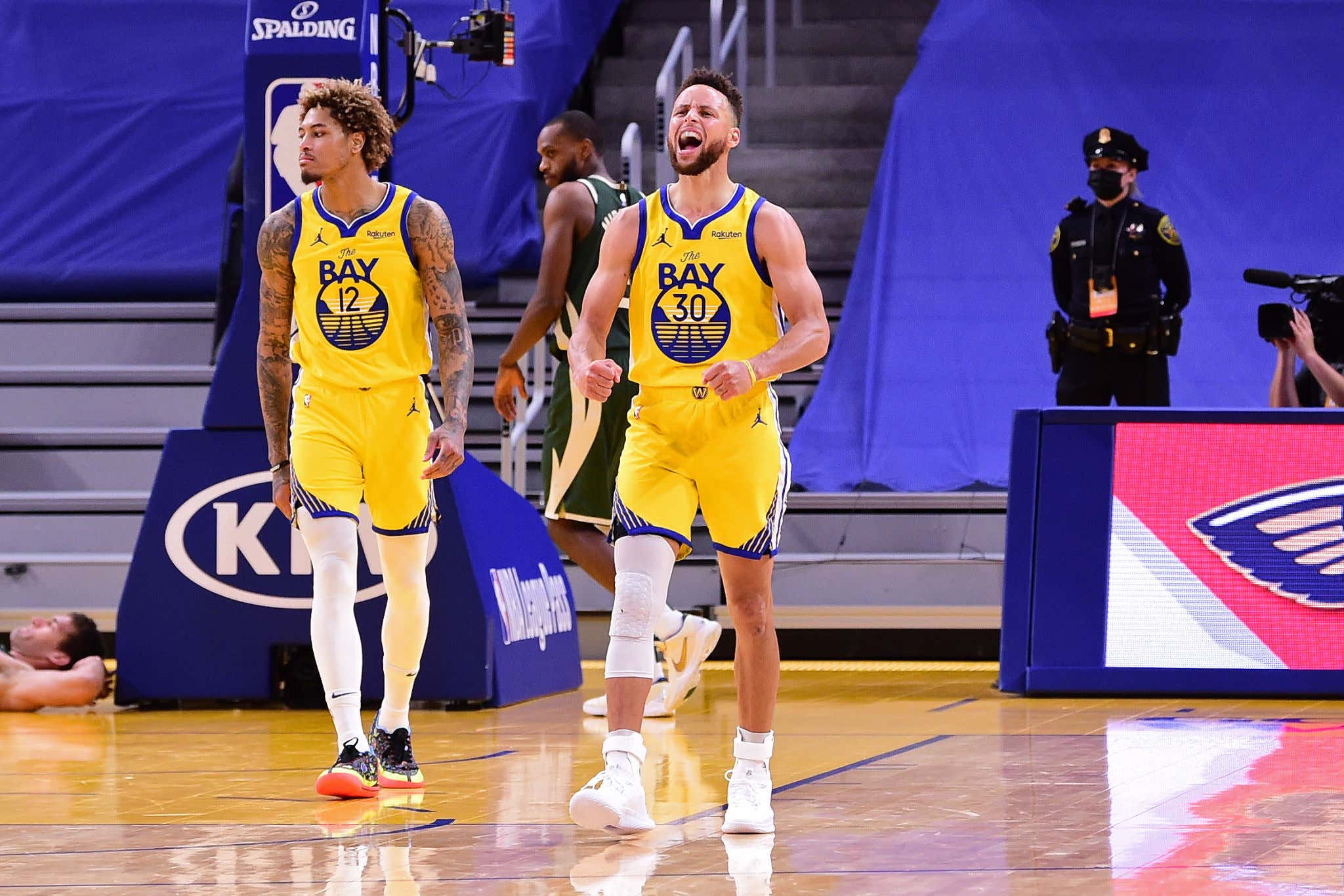 The Warriors are having what I would call a rough year. At 24-27, things haven't exactly gone smoothly in Steph Curry's return. It doesn't help that the rest of the West seems to have all gone up a few levels. Despite all that, one thing remains true.

When Steph Curry is on a roll, there might not be a more exciting player in the entire league

Take last night for example in the Warriors pretty big upset of the Bucks. Look at what this man did

His 41 points came on an 82.1% true shooting percentage. What the hell. Curry now has hit 200 threes this season which is good for his 8th season of at least 200 3PM. That's the most in NBA history for those who might be unaware. After missing basically all of last year Curry has returned to put up

He's essentially matched his unanimous MVP season at age 32. That was 6 years ago.

Watching him go nuts last night made me think back to what it was like when the Warriors and Curry first became must watch television. Before everyone hated their guts because their favorite team could never beat them. Before the Durant bullshit. Staying up late and watching Steph go nuts was incredible. It feels like because that has now become the norm we don't really appreciate it like we did at the start of the Warriors run.

For my money, there are few things more fun to watch in the league than when Curry has a night like this. When he's locked in, it almost doesn't seem real. Makes me feel a little bad for him that he's stuck on a team that's probably headed for either the play in or the lottery until I remember he has 3 rings and is about to sign a max extension. I'm sure he's not losing any sleep.

The Warriors certainly have some work to do to get into the top 8, but we could be living in a world where we have a play in game of Steph vs Luka or if things get really crazy, Steph vs LeBron. Considering he's one of the few players in the league that can basically win a game by himself, anything can happen in a play in game. You get a night like last night from Steph, and we could see a big time upset. That would be something.